on the occasion of the 75th anniversary of the August Revolution (August 19) and National Day (September 2).

Highlighting the responsibility of realising the late President’s testament and the Declaration of Independence, the Party and State leader said this year’s National Day celebration is being held in conjunction with the organisation of congresses by Party organisations at all levels nationwide in preparation for the 13th National Party Congress.

He also took the occasion to thank staff at the complex for fulfilling their assigned tasks.

The leader then visited an exhibition at the complex, which displays nearly 100 documentary photos related to President Ho Chi Minh’s revolutionary career.

President Ho Chi Minh led the country to success in its struggle for national independence. On September 2, 1945, he read the Declaration of Independence, proclaiming to the world the foundation of the Democratic Republic of Vietnam, now the Socialist Republic of Vietnam.

He was a talented leader and a national hero who devoted his whole life to the cause of national independence and freedom and happiness for the people while tirelessly striving for peace and progress in the world.

House 67 is where President Ho Chi Minh had lived, worked, and passed away. It was the venue of Politburo meetings during the fiercest years of war. 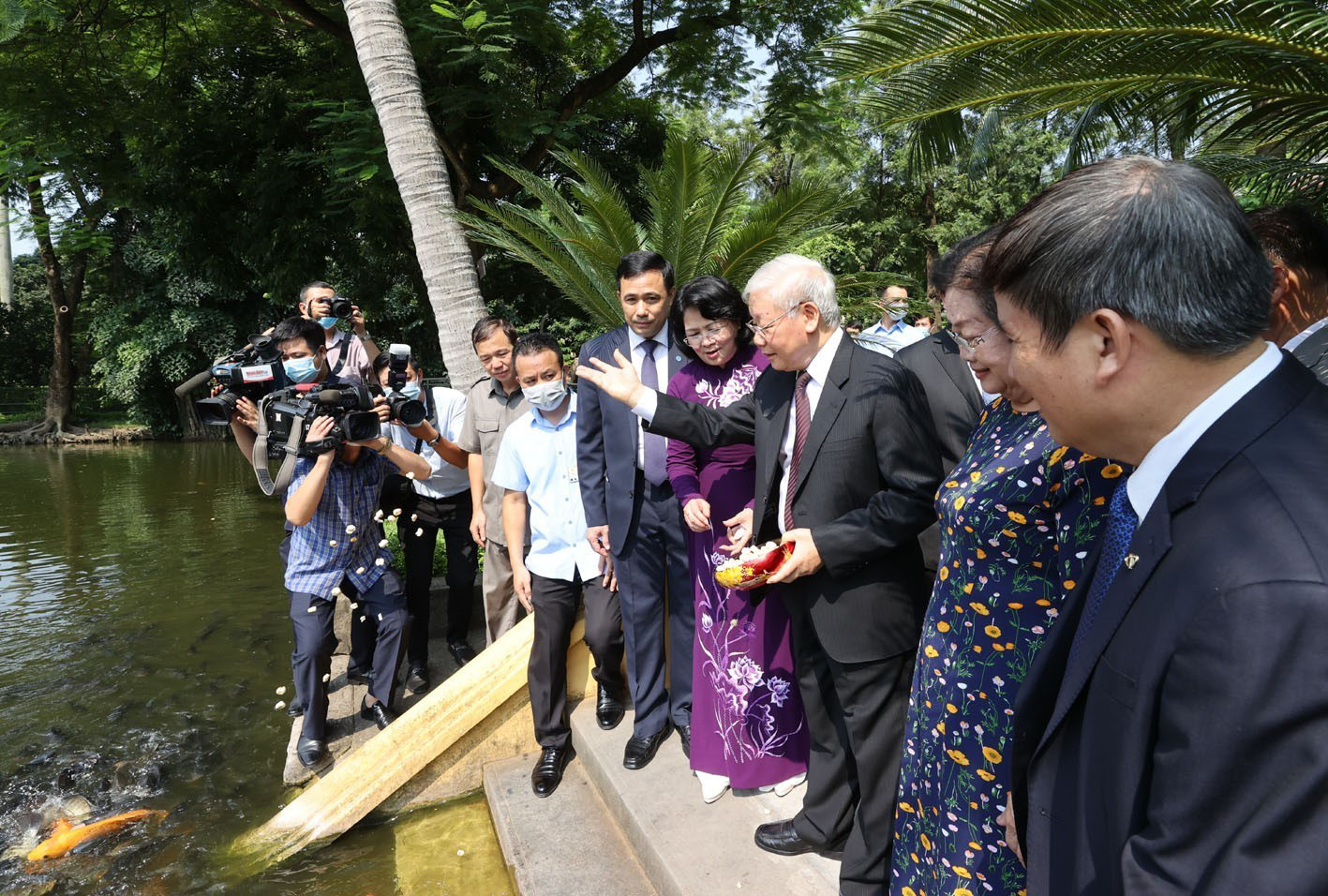 icon
Declaration of Independence – Will, aspirations of Vietnamese people
icon0