The study of President Ho Chi Minh’s thought, morality and lifestyle has become a regular activity for officials, Party members and people nationwide, contributing to the country’s development in many aspects,

Thuong, who is also a Politburo member, was addressing a national teleconference on Tuesday with nearly 70,000 delegates nationwide to review three years of implementing the 12th Political Bureau’s Directive 05/CT/TW on promoting the study and following of President Ho Chi Minh’s thought, morality and lifestyle.

He said the response of the community to the movement had contributed to realising the 12th National Party Congress’s resolution, helping promote administrative reform, anti-corruption, building a pure and strong Party and political system, and preventing degradation in political ideology, morality and lifestyle as well as signs of “self-evolution” and “self-transformation”.

Along with aiding Party building resolutions and directions, the efficient implementation of Directive 05 had helped enhance the role, position and prestige of the Party and the political system, he said.

“The directive has played a role in the socio-economic, defence, security and external relations achievements of the country over the past three years,” he said.

He noted many efficient models and methods had emerged during the implementation of the directive, unearthing role models from all walks of life.

The official stressed the need to continue raising public awareness of the importance of the implementation of Directive 05 to the Party and political system building and rectification as well as developing the Vietnamese culture and people to meet the demand of sustainable development and national defence.

Further research should be made on President Ho Chi Minh’s thought, morality and lifestyle as well as methods to apply them to the present day, he said.

Thuong also underscored the necessity to associate the realisation of the directive into the implementation of other resolutions, regulations and conclusions of the Party Central Committee, especially those on Party building and organisation.

“It is crucial to strengthen communication and education among Party members and the entire society on President Ho Chi Minh’s thought, morality and lifestyle as well as the personal responsibility of officials and Party members in the work,” he said.

“At the same time, it is necessary to honour outstanding individuals and collectives, while multiplying effective models.”

The study and following of President Ho Chi Minh’s thought, morality and lifestyle must be integrated into the implementation of political tasks, with a focus on promoting the pioneering role of management officials and leaders of agencies and localities, he said.

Based on the directive, ministries, sectors and central agencies should issue their own regulations on professional ethics, he said, adding that the results should serve as a foundation for the assessment of Party members and organisations annually. 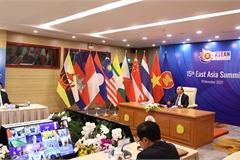 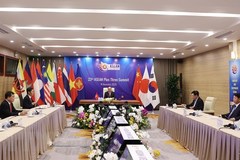 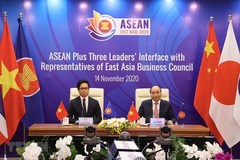 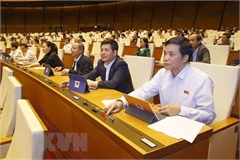