The National Assembly (NA) is set to consider personnel issues related to key positions in the State apparatus during the second working week of its 11th session. 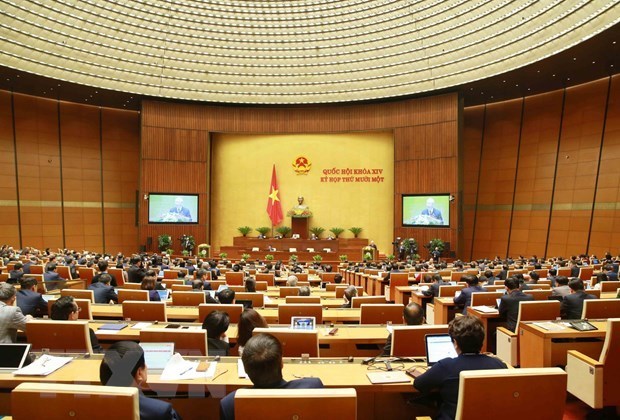 A plenary sitting in the 11th session of the 14th National Assembly (Photo: VNA)

This plenary sitting will be broadcast live on television and radio.

After that, it will elect a new leader for the NA, a new chairperson for the National Election Council, along with some new vice chairs of the NA.

During the week, deputies will also scrutinise the report on the State Audit Office’s performance in the 2016-2021 tenure, the number of full-time deputies of the Hanoi People’s Council for 2021-2026, and the candidacy for the State President position.

The 11th session, opened Hanoi on March 24, is the last of the 14th-tenure parliament.