A high-ranking delegation of the ruling National League for Democracy (NLD) of Myanmar is paying a visit to Vietnam from July 1 to 5 at the invitation of the Communist Party of Vietnam (CPV) Central Committee.

She expressed her hope that the NLD, as theruling party with major influence on the Myanmar parliament, will continuehelping to promote bilateral cooperation, especially in economy, trade andinvestment. She asked the party to help increase connections between the twolegislative bodies to jointly monitor the implementation of the Governments’agreements, thus developing bilateral partnerships in a more effective manner.

For his part, U Thein Oo, member of the NLDCentral Executive Committee, head of the financial committee and member of theeconomic committee of the NLD, affirmed that the NLD will actively contributeto the enhancement of relations between Myanmar and Vietnameseparliamentarians, as well as between the two countries’ legislative bodies.

The two sides informed each other of thesituation of their respective parties and countries while discussing concretemeasures to bolster bilateral ties in the time ahead.

Quan said the CPV is ready to share itsexperience with the NLD in the fields of party building, training young partymembers, and making economic development strategies and policies.

U Thein Oo stressed that Myanmar will exertefforts to join Vietnam in fostering relations between the two parties, therebyhelping to strengthen the countries’ substantive connections for the benefit ofthe two peoples, and for peace, stability, cooperation and development in theregion and the world, as well as for a united and strong ASEAN Community.

During their stay in Vietnam, the NLD delegationhad meetings with officials of the CPV Central Committee’s Economic Commission,the Ministry of Agriculture and Rural Development, the Ministry of Transport,the Ministry of Industry and Trade, and the Vietnam – Myanmar FriendshipAssociation. They also visited northern Ninh Binh province and some economicand cultural establishments in Vietnam.-VNA 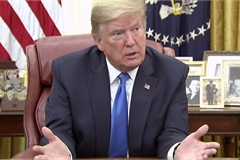 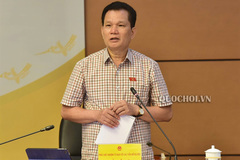 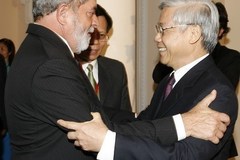 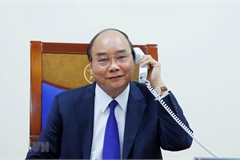 icon
Trump thanks Vietnam for medical supplies and gifts
icon0 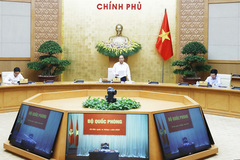 icon
Vietnam must reach GDP growth of 5 per cent this year: PM
icon0 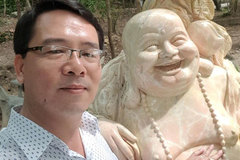 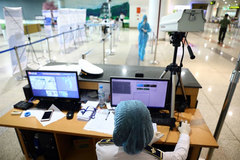