Deputy Chair of the National Assembly Social Affairs Committee Dang Thuan Phong answered questions on the implementation of National Assembly Resolution 30 related to measures to prevent and control Covid-19 at a press conference on October 19. 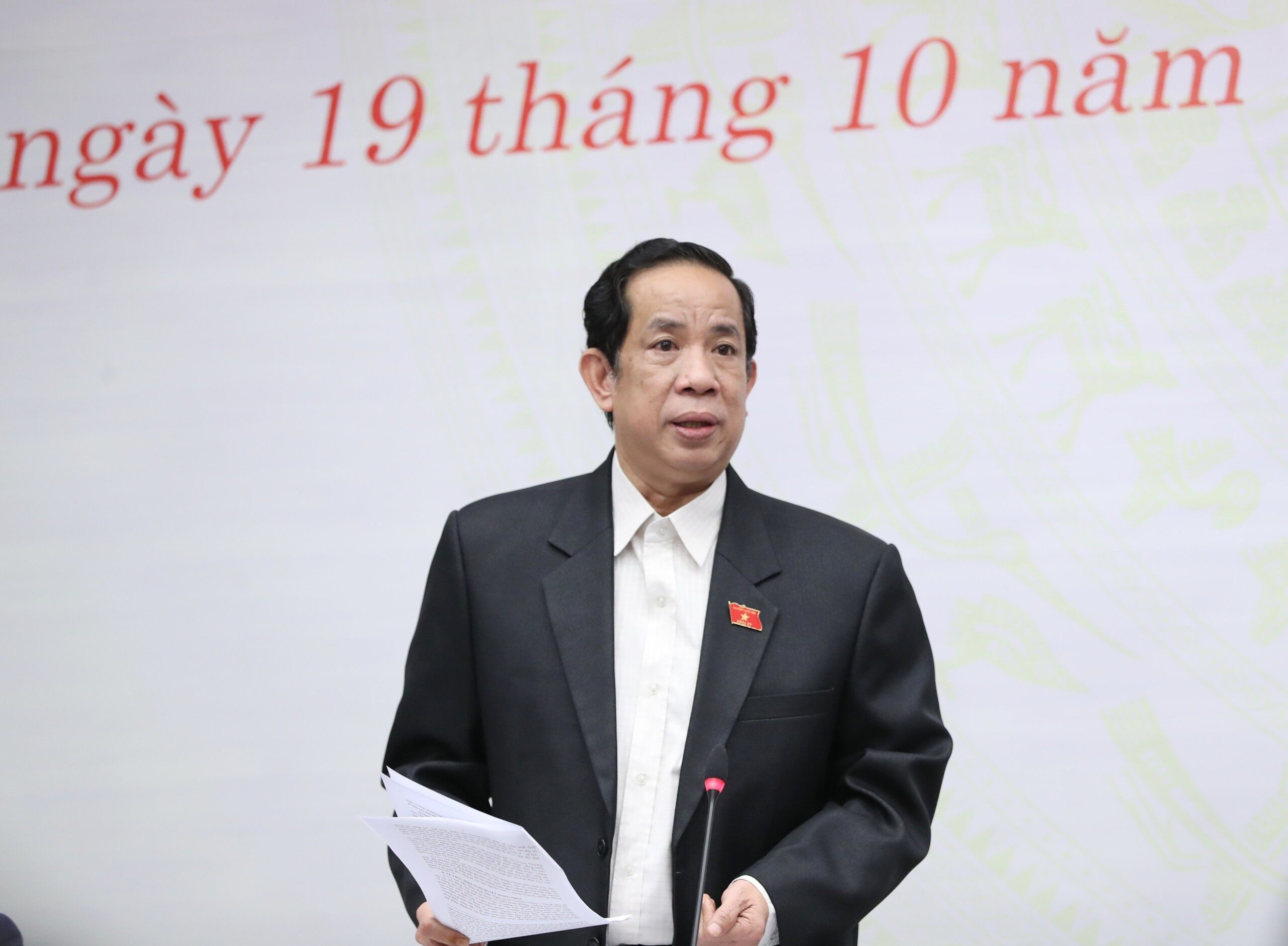 Phong said the National Assembly Standing Committee assigned the Social Affairs Committee to verify the Government’s report on the implementation of Resolution 30.

The Standing Committee has released four legal documents related to pandemic prevention and control under the spirit of the resolution, while the Government has released five documents and the Prime Minister 7.

“When implementing Resolution 30, the Government has been proactively and flexibly applying the measures to prevent and control the pandemic, thus bringing good outcomes as desired by the people,” he said.

Under the spirit of Resolution 30, the National Assembly allows the Government to implement some issues beyond its authority and content different from that stipulated in current laws.

The Government has promptly issued more than 100 legal documents within its authority related to measures to prevent and control the pandemic.

This allows the Government and local authorities to take the initiative in applying measures to fight Covid-19 in their localities, but also can lead to consequences.

There is content which does not come in line with current laws, and there are some issues which still cannot satisfy real situations.

In some cases, local authorities at different levels have released legal documents with content not suited to citizen’s rights, thus arousing reactions in society.

The National Assembly Legal Committee will have a comprehensive review of the entire legal framework on Covid-19 prevention and control to find out if the issuers overstepped their authority, violated regulations, and created social frustration.

According to Phong, to date, the Government and ministries and branches have not had a comprehensive review of the issues related to institutional excellence in Covid-19 prevention and control; and have not completely defined the roadmap and plan to amend related ordinances and resolutions, including ordinances on infectious diseases and state of emergency.

“This leads to different interpretations of legal documents by local authorities, thus causing reactions from the public,” Phong said.

Meanwhile, some legal documents released by local authorities were not checked thoroughly before promulgation. As a results, there were still errors in the documents, which forced local authorities to revoke the regulations and amend them many times.

One of the regulations was released by a province on sealing car doors when the cars pass through the province. The cars were not allowed to stop in the province to do normal things in order to prevent the spread of Covid-19.

The Vietnamese National Assembly will create favourable conditions for local and foreign businesses in all economic sectors to invest and do business in the country.

In preparation for the second session of the 15th National Assembly, General Secretary Nguyen Phu Trong and members of the Hanoi National Assembly Delegation had an online meeting with voters in some districts in Hanoi, on October 9.