Condolences to UK over passing of Prince Philip

State President Nguyen Xuan Phuc on April 10 sent a message of condolences to Queen Elizabeth II of the United Kingdom of Great Britain and Northern Ireland over the death of her husband Prince Philip, the Duke of Edinburgh. 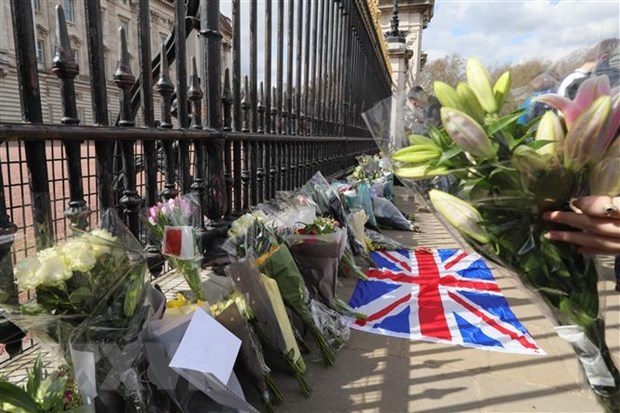 Floral tributes in memory of Prince Philip outside Buckingham Palace in London, the UK, on April 9. (Source: Xinhua/VNA)

Prince Philip died on April 9 at the age of 99.