The ambassadors and diplomatic representatives meeting in Hanoi on January 18 all praised Vietnam's socio-economic development achievements and expressed their belief that the 13th Party Congress will succeed. 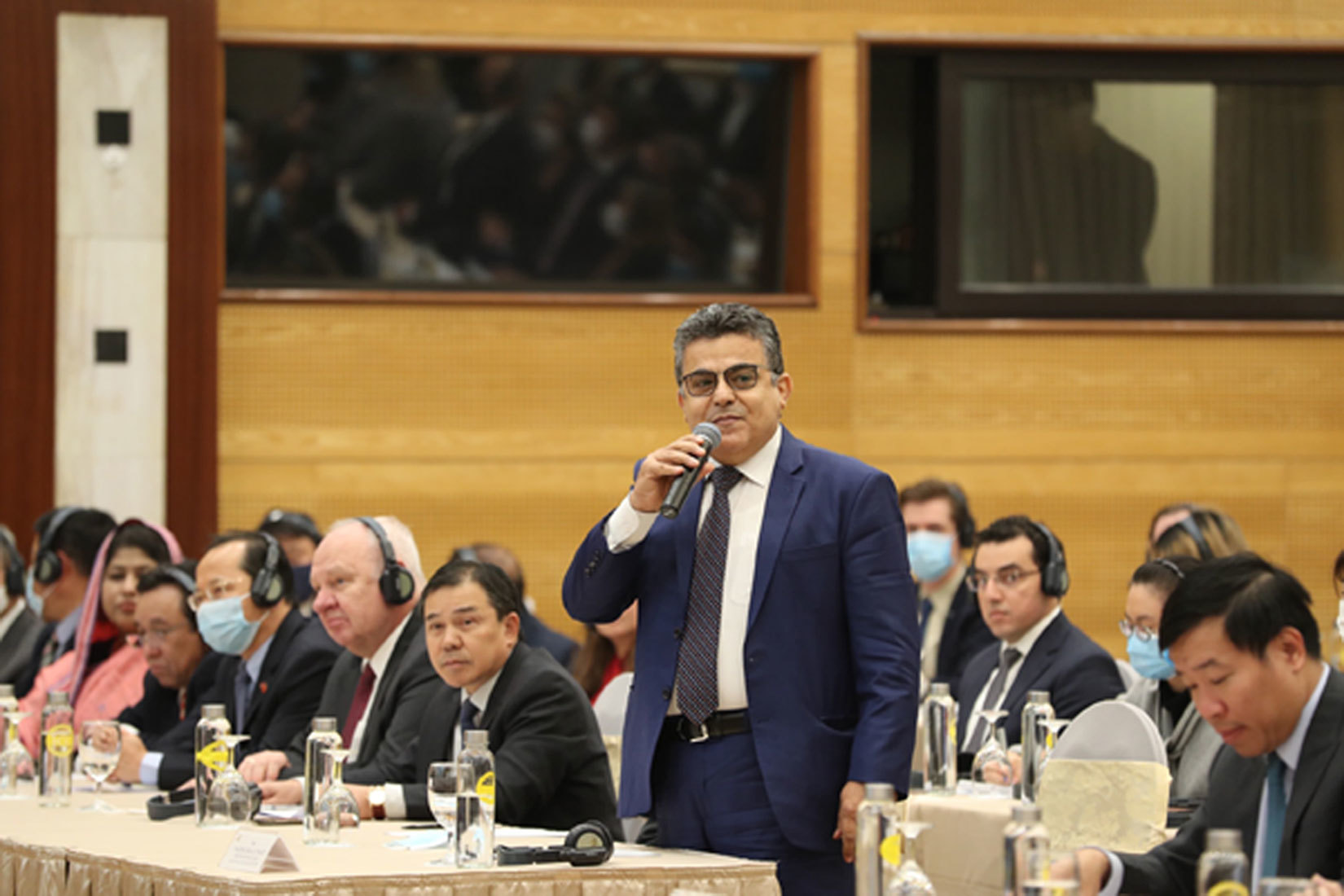 The Communist Party of Vietnam has relations with 247 parties from 111 countries. During the past term, the Party's external relations continued to expand and deepen, achieving many important and comprehensive results.

International diplomatic delegations and organizations were invited to the meeting to be informed about the convening of the 13th National Congress of the Communist Party.

Ambassador Saadi Salama, Head of the Palestinian Diplomatic Delegation in Vietnam, showed his joy about the opportunity to attend the national congress for the third time.

As a person who always watches what is happening in Vietnam and understands Vietnam well, the Ambassador thanked the External Relations Commission of the Party Central Committee for spending time introducing the 13th Party Congress to foreign diplomatic delegations.

Saadi Salama expressed his pleasure at the achievements that Vietnam has gained. “I firmly believe that the 13th Party Congress will make the right decisions and policies, bringing Vietnamese people to new achievements, continuing to develop the country, and keeping close relations with other countries,” he said.

He mentioned Vietnam’s great achievement in fighting against Covid-19, stressing that this is proof of the proper leadership of the Vietnamese Communist Party.

Ambassador Sengphet Houngboungnuang, head of the Lao Diplomatic Delegation in Vietnam, said in the last 90 years the Vietnamese Communist Party had led the Vietnamese people in the fight for national independence in 1975, in the construction and protection of the country, in the doi moi (renovation) period, and has gained comprehensive and important results.

“The economy keeps growing, and the building of the Party and political system have gained important achievements. It is worthy of being a state of the people, by the people and for the benefit of the people. The role of Vietnam has been enhanced in the international arena,” he commented.

He praised the fact that in 2020, when Vietnam had to cope with Covid-19 and natural calamities, Party congresses at city and province levels were still held as planned.

The charge d'affaires of the Cuban Embassy in Vietnam said at the meeting that under the leadership of the Communist Party of Vietnam, the Vietnamese people have gained important socio-economic achievements and successfully controlled Covid-19 outbreaks. The success in fighting Covid-19 has allowed Vietnam to organize this extremely important political event.

The British Deputy Ambassador to Vietnam, Marcus Winsley, said the 13th Party Congress is an important event for Vietnam, the UK and the whole world.

The UK and Vietnam will co-chair an international conference on climate change in 2021. He hopes that this will be among the issues for discussion at the congress, and that Vietnam will give a message to show its determination and solutions to deal with environmental and climate problems.

Vietnam has made an impression on the international community as a safe country with great economic potential, and its success in controlling the COVID-19 pandemic and maintaining economic growth has been miraculous, a Japanese expert has said.

The communications work for the upcoming 13th National Party Congress has been prepared thoroughly and specifically, Le Manh Hung, Vice Chairman of the Party Central Committee’s Commission for Information and Education, has said.