As a coordinator of the ASEAN-Japan ties for 2018-2021 terms, Vietnam affirms to continue closely coordinate with Japan and other ASEAN countries to further expand and deepen the strategic partnership, comprehensive cooperation between the two sides, promoting the “heart to heart partnership”.

He lauded Japan’s support to central role of the bloc, and contributions to regional dialogues and cooperation chaired by ASEAN.

The PM acknowledged that Japan continues to be a leading economic partner, the fourth largest trade partner and second largest investor of the bloc. ASEAN has become an attractive destination for Japanese investors and businesses that desire to diversify their market.

In the coming time, both sides will continue coordinate closely in controlling and driving back COVID-19 risk, overcoming negative impacts of the pandemic, gradually recovering and stabilising socio-economic situation, and maintaining the regional production-supply chain.

They affirmed to effectively implement the first Protocol amending the ASEAN-Japan Agreement on Comprehensive Economic Partnership that took effect in August this year. ASEAN affirmed to be a wide market for international investors and businesses, including those from Japan.

ASEAN and Japan will continue their close coordination in implementing the ASEAN-Japan Joint Statement on connectivity adopted in 2018, integrating the implementation of the ASEAN 2025 Connectivity Master Plan into Japan's Expanded Partnership for Quality Infrastructure. ASEAN proposed Japan continuing to support the bloc’s effort to narrow development gap and boost sub-regional cooperation.

At the event, both sides agreed to adopt the statement on ASEAN-Japan cooperation on ASEAN Outlook on the Indo-Pacific (AOIP), affirmed readiness for coordination in implementing the statement, as well as specific cooperation in priority areas of common concern.

Regarding international and regional situation, the leaders admitted that there remain potential risks threating peace, security and stability in regions in the world, including in the East China Sea and East Sea (internationally known as South China Sea).

ASEAN and Japan emphasised the importance of dialogue, trust building, law respect, and peaceful settlement of disputes on the basis on international law. Japan affirmed its support to ASEAN’s principle stance on the East Sea.

PM Nguyen Xuan Phuc said that Vietnam’s viewpoint is in line with the bloc’s principle stance on the East Sea affirmed at the 36th ASEAN Summit in June and the 53rd ASEAN Foreign Ministers’ Meeting in September as well as the 37th ASEAN Summit, in order to build the East Sea into a sea of peace, stability and cooperation.

At the event, the PM announced the establishment of the ASEAN Centre for Public Health Emergencies and Emerging Diseases (ACPHEED) with the support of Japan, contributing to improving healthcare capacity as well as coordination capacity of nations and the region in responding to diseases in the future.

The Japanese PM welcomed the establishment of the centre and affirmed to continue support the bloc to put the centre into operation soon./.VNA 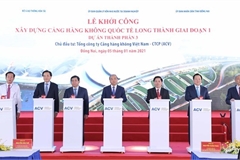 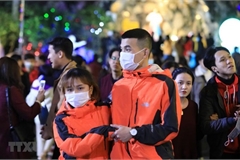