The 13th-tenure Party Central Committee is expected to have 200 members, including 180 official members and 20 alternate others. 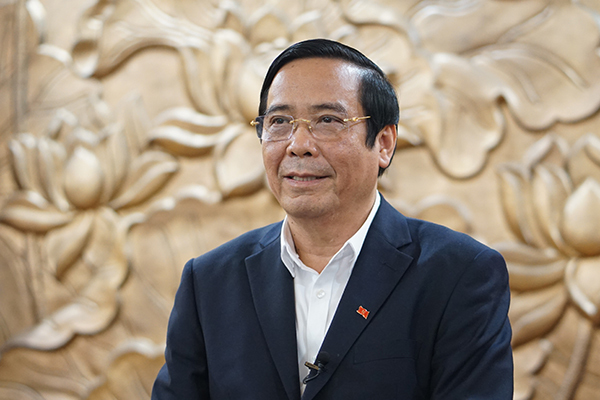 The 13th National Party Congress will open soon. Could you please describe work of personnel preparation, the quantity and quality of the staff planned for the 13th Party Central Committee?

On the basis of reviewing the strategic staff planning for the 2016-2021 term and the next terms, the Politburo has given instruction on personnel planning for the Central Committee, Politburo and Secretariat and key leading posts of the Party and the State in the 2021-2026 tenure.

The planning follows the principles of democracy, strictness, synchronization, objectivity, transparency and efficiency with reformed content about viewpoints, objects, requirements, process and practice for each group of titles.

In addition, the planning clearly defines the authority and responsibilities of all levels of party committees, party organizations, and advisory agencies in the work of introducing, proposing and evaluating strategic cadres. The planning for the Central Committee basically ensures the quantity, structure and quality.

Cadres at the strategic level have been provided five refresher courses to provide new knowledge and they are a very important personnel source for the Party to take the initiative in preparing personnel for the 13th Congress.

What are the new and outstanding points in the direction for building the Party Central Committee, Politburo and Secretariat, and for introducing key cadres for the 13th Congress?

The personnel preparation has been directly led by the Party Central Committee, the Politburo and Secretariat directly, comprehensively, regularly, and closely, ensuring the principle of democratic centralization, solidarity, and high consent.

At the same time, proceeding scientifically, methodically, objectively, comprehensively and effectively according to the motto: doing step by step, handling every work, every stage, every group of titles from low to high levels, ensuring prudence and carefulness.

The principle of personnel planning is the harmonization between standards and structuring; popularity and specificity; trained expertise and practical capability; between experience and development trends.

Particularly, attaching much importance to quality and efficiency; ensuring the suitability of structure by locality, working fields, age, gender and ethnicity. The requirements on virtues and other standards won’t be lowered for any reason.

The planning is implemented in a way so as not to accept the cadres who cannot meet standards and requirements, don’t deserve to become members of the Party Central Committee, and not to miss cadres with talents and virtues.

The 13th Party Central Committee needs to meet requirements in quality, have a reasonable quantity and structure; ensure inheritance, stability, renewal, continuous development and a steady transition between generations.

On the basis of personnel preparation, at the 13th, 14th and 15th Central Conferences, the 12th Party Central Committee considered carefully and prepared a list of cadres for election at the 13th National Party Congress.

How many members does the 13th Party Central Committee expect to have?

How about the special cases to be re-elected for the Party Central Committee and Politburo of the 13th tenure?

Will be derived from practical situation; the criteria and conditions of cadres, especially the outstanding political qualities, practical capacity, prestige in the Party and among people, and the requirements in implementing important tasks.

Politburo member and permanent member of the Party Central Committee’s Secretariat Tran Quoc Vuong on January 22 inspected the preparations for the 13th National Party Congress, which is scheduled to begin next week.

Thousands of Hanoi police officers were deployed on January 20 in a long campaign to ensure security and safety in the buildup to the 13th National Party Congress.