Song Ho commune in Bac Ninh has turned into a hive of activity as local residents hurry to produce votive objects which will meet the high demand of customers during Ghost Month, the seventh month of the Lunar Calendar. 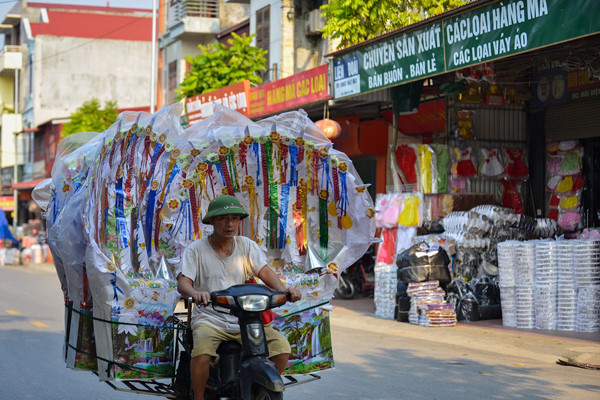 During Ghost Month, the Vu Lan festival takes place on the 15th day of the seventh lunar month which is traditionally known as spirit month in Buddhism. When the month’s full moon arrives, it is thought that wandering souls return to their former homes. Two weeks ahead of the full moon, villages are met with a huge number of customers.

Nguyen Van Nam, 30, who specialises in making paper horses, notes that he has produced less items than in previous years because of a fall in orders. Each paper horse costs between VND14,000 and VND25,000.

Nguyen Van Thoai, 68, working on a paper house. He spends four days on average finishing the objects to meet the orders from customers in Hanoi. Nguyen Van Tuan, 58, says that a paper helicopter is priced around VND1.5 million. 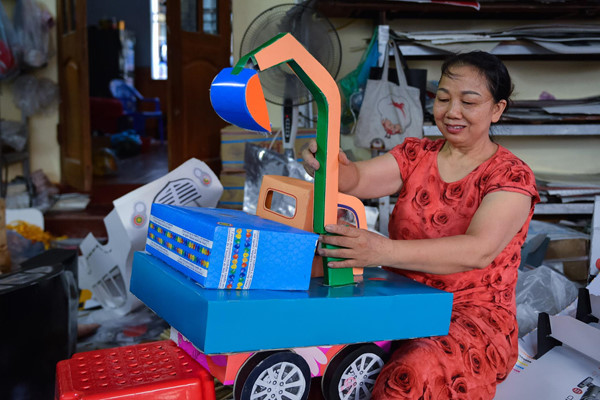 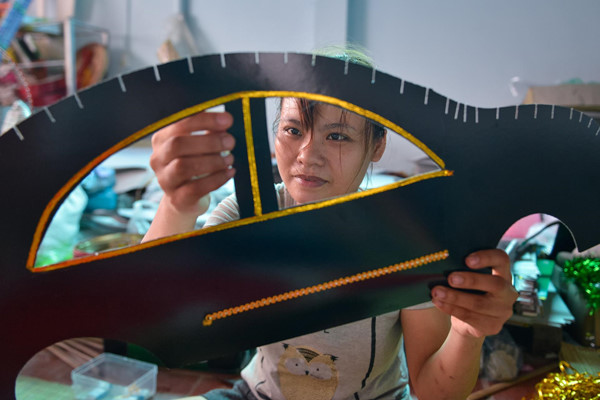 Luxury cars such as Camry, Lexus, and Mercedes are popular purchases among customers. 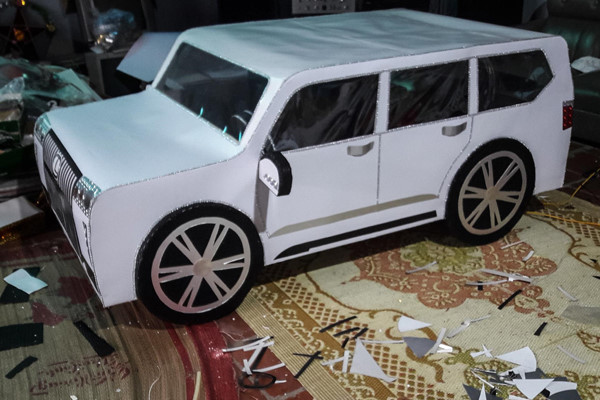 A seven-seat SUV car on sale 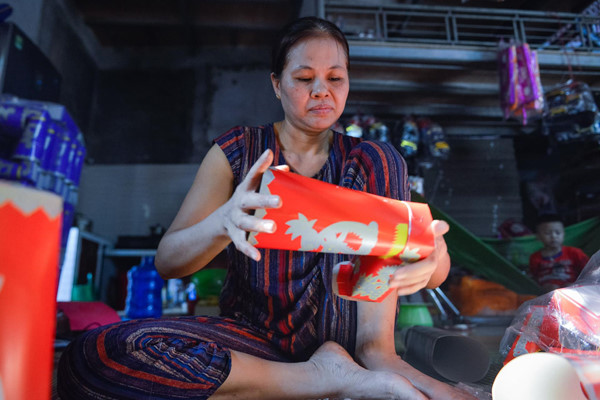 The price for each product can vary from hundreds of thousands to several million Vietnam dong. Customers must order at least a week in advance if they wish to purchase high-quality items.

Nguyen Van Nam, 61, owner of a votive store in Song Ho Commune, says prices match that of the previous year. However, the number of consumption products has fallen by 40 per cent compared to last year. A customer purchases a paper horse worth VND15,000.

Up to 85 per cent of local households in Song Ho Commune make votive objects to be offered to the dead, especially during the Vu Lan festival, "Vu Lan bao hieu", Parents' Day, or "Xa toi vong nhan", Wandering Soul’s Day. 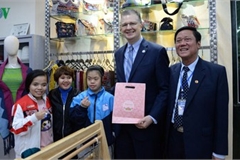 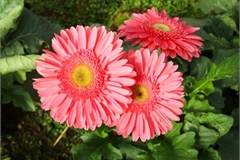