The survival space of the nation is being challenged

Vietnam’s population is expected to reach 140 million people by the end of this century. Where will future generations of Vietnamese live if they cannot occupy Vietnamese territory in the sea?

VietNamNet would like to introduce the perspective of Nguyen Truong Giang, the former Vietnamese Ambassador to Brunei, and former Director of the East Sea Institute, Diplomatic Academy. This was presented in a recent issue of Digital Cafe Club about the strategies Vietnam needs to protect its sovereignty in the East Sea (internationally known as the South China Sea). 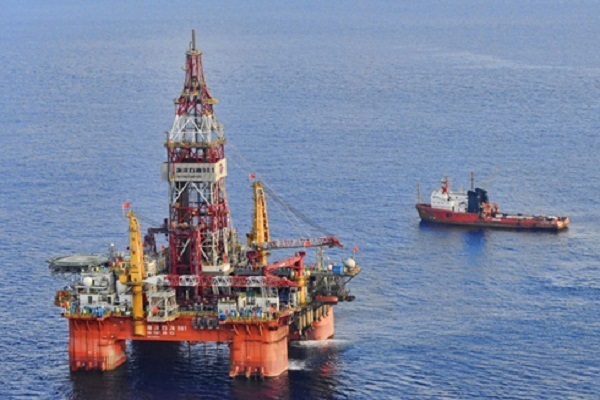 “If we are not afraid of war and we can prepare well for it, we will have peace. If we are overcome by fear, the war will come, and we will lose peace and territory sovereignty. This is the basic principle of all martial arts in the world,” Giang said.

It is obvious that China’s long-term goal is monopolizing the East Sea, or appropriating all the islands in the waters.

China also wants to occupy 80 percent of the East Sea area and all resources in the waters, strives for control over the airspace, sea and seabed. This poses a serious challenge to Vietnam's sovereignty in the East Sea.

The measures and policies China has been applying over the last six decades to reach these goals are clear. The country uses every possible means, from economic, political to Diplomatic and psychological measures and mass media as well.

Chinese plans on the East Sea

The military tactics include ‘silkworms eat strawberries’ and ‘stick and rod’.

One of China's craftiest plans is the "gray zone", which "civilizes" military and paramilitary activities. It does not use naval forces, or carry out activities with strong intensity which may exceed a certain red limit. If it did, it would create fierce reactions from other countries.

Looking at the picture of the East Sea situation, Vietnam can predict the future by analyzing what has happened in the past.

In the medium term, China may continue to put drilling platforms onto the Vietnamese continental shelf. The other possibility is that China would create an Air Defense Identification Zone (ADIZ) in the East Sea. The country may also occupy some of the reefs that have not been occupied by any country.

China may also plans to invade Truong Sa (Spratly Islands), though the possibility is low and it will only do it if there is opportunity. Chinese only take actions when there are clement weather, favourable terrain and concord among the people, and if they can anticipate the prices they have to pay.

If Vietnam can do something so that China would not have clement weather, favorable terrain and concord among people, or if the country would have to pay a heavy price in case of war, China would not dare to appropriate Truong Sa.

It is foreseeable that in the next two years before the Chinese Party Congress, the militarization of the East Sea will be implemented more frequently and hectically. China may bring more military forces to occupy Truong Sa. It can also draw the territorial waters of the islands they are currently occupying, as well as the internal waters of these islands.

China will soon pass the revised Maritime Traffic Safety Law. The draft of the law shows that China may establish maritime safety zones at sea. What will happen if the safety zone covers Vietnamese DK1 oil rig? And boats will have to ask for permission when entering Truong Sa waters? This also means that Vietnamese islands will be blocked.

Chinese mass media in 2016-2017 reported that China may put floating nuclear power plants into the East Sea. If this happens, it will pose challenges for sovereignty, environment, economy, and resources that affect the lives of hundreds of millions of people.

We can see that the East Sea issues are getting more and more complex and unpredictable. Vietnam’s sovereignty over the sea and islands are being seriously challenged, and may be even moreso in the future.

The challenges Vietnam will have to face are related to sovereignty, marine economy, national security, and development environment, as well as challenges for the country's living space.

By the end of the 21st century, Vietnam will have a population of about 140 million. By that time, we will need sea cities, sea villages, sea-borne agriculture and industry, seaports and airports on the sea. The sea will be the hope of the nation and the living space of Vietnamese posterity.

Therefore, I want to emphasize that the nation's survival space is being challenged.

The East Sea is considered the lifeline of China’s economy which helps it connect with 125 other countries and undertake three-quarters of oil import transportation to the country.