About 250 nautical miles from the shore, DK1 platform is a group of economic, scientific and technological service stations of Vietnam in the East Sea.

On the minds of those who have contributed to the formation of the platform, DK1 retains a key role in developing the country’s marine economy and affirming national sovereignty.

Colonel Nguyen Quy, 87, still keeps in his mind the moment 30 years ago when he was among the first people to take part in building DK1 platform on the East Sea.

DK1 was set up in 1989 on the southern continental shelf as a group of economic, scientific and technical service stations of Vietnam in the East Sea.

As part of DK1 platform, Tu Chinh reef (internationally known as Vanguard Bank) covering an area of 700 sq.km has a strategic position as it is located near Vietnam’s oil fields.

Over the past three decades, DK1 platform always stands firmly as steel belt, not only helping develop marine economic activities but also protect national sovereignty over sea and islands.-VNA 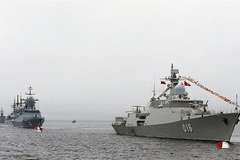 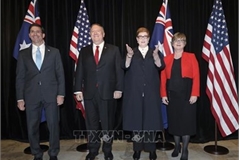