Why do Vietnamese PhDs want to write research articles and not pursue applied research? 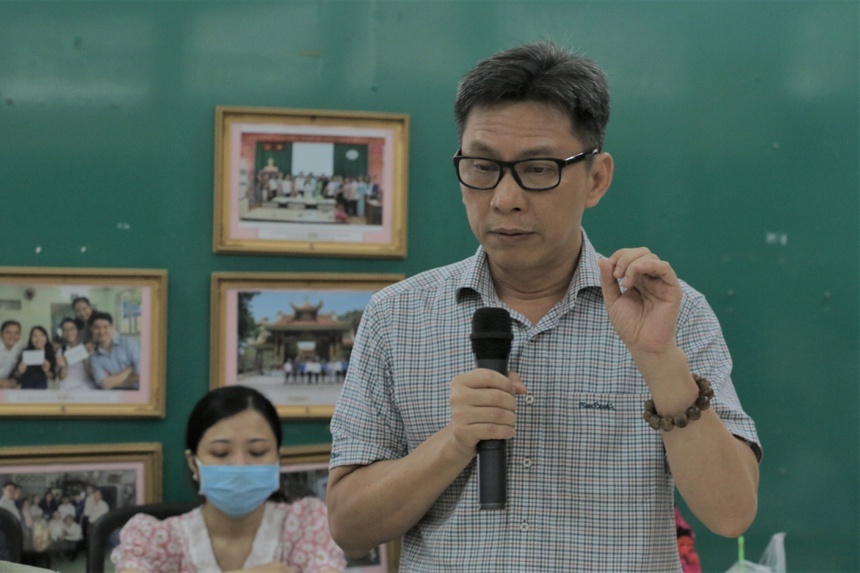 First, there are challenges from the systems of education and scientific research. Vietnam bears the influence of the old Russian model under which universities focus on training, while carrying out scientific research is the task of research institutes. The model determines the budget for research and basic infrastructure development.

Second, the demand for research development at universities has begun increasing as schools want to improve their ranking. Previously, university lecturers just needed to give lectures, but now they have to conduct research as well.

Since advising postgraduates is not considered part of work for university lecturers, they have to undertake a high number of teaching hours.

The National Foundation for Science and Technology of Vietnam (NAFOSTED) now provides funding for scientific research, but this is not enough to satisfy demand for applied research because the investment for laboratories is very high.

Third, while the mechanism for official acceptance of scientific articles is simple, applied research projects are difficult, especially experimental projects. As a result, many researchers would rather just write articles.

All of this makes scientific research in Vietnam different. Why do researchers just want to write articles, but not do applied research? It is too difficult to have the research receive official acceptance, and it is easier to write articles. Having published articles is also a requirement for candidates for the professorship title.

“I told the then-director of the Department, Phan Minh Tan, that I will never implement an applied research project and submit it to the department. Why? Because the acceptance council greatly lacked experience. The members of the council were not experienced enough on deep scientific research, and not qualified enough to criticize,” Thanh said.

According to Thanh, Vietnamese researchers are capable of doing applied research, but it takes a long time to go from the lab to the market. In the lab, researchers just need to show proof of concept, while the market needs economic efficiency, including market analysis and a business model.

In addition, the procedures to bring scientific research results from the lab to the market are complicated.

Fourth, the reporting mechanism in Vietnam is complicated. Doing scientific research, by nature, is finding new things, work which has high risks. But in Vietnam, risks are not wanted in science management. This explains why many scientists choose to research old topics that were done in other countries in the past. They just "modify" the foreign research to create "new things" of their own. Doing this is safe and not risky for them.

Thanh: An individual wants to study for a doctorate if he or she wants to do deep scientific research on some issue. This is the answer to the question about civil servants who want a doctorate.

However, there is supply only when there is demand. Why do so many people have to spend money to obtain a doctorate if the demand is low?

Do you mean titles and academic qualifications determine job promotion?

Thanh: In other countries, professor is a job responsibility. But it is different in Vietnam. If you get the title of professor, you will forever be a professor.

I can see that many Vietnamese people have enough quality to do significant scientific research. Vietnamese researchers do very well in foreign countries and can prove their positions. In Vietnam, PhDs spend most time to give lectures. If scientists stop doing research for three years, they will lose the capability of doing research.

Do think that state agencies also need officers with a doctorate for some posts? For example, the officers who draft legal documents or give advice in policy design?

Thanh: It is true that some positions in state agencies need officers who have a doctorate. This is seen in other countries as well. They work in research institutes which give advice in policies. And there are professors from universities collaborating with institutes that provide professional knowledge.

But for other officers, why do they need a doctorate? What would you recommend to do to settle the current problem?

The replacement of fossil fuel-derived energy with environmentally-friendly energy is the focus of research by a PhD student from Hue who is studying in Taiwan.

Vietnam has earned three awards in the latest round of the Partnerships for Enhanced Engagement in Research (PEER),