Ladbrokes, a British betting and gambling company, estimates that Vietnamese illegal football betting in Vietnam is worth 3-5 percent GDP (gross domestic product), or $10 billion a year.

But most of the money is flowing out of Vietnam. 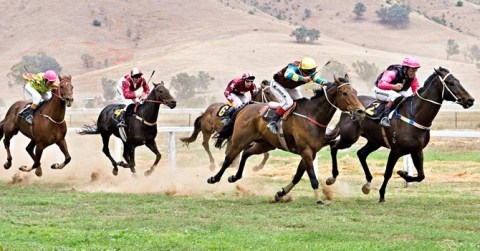 Vietnam set up a legal framework for betting on horse and dog racing and international football under Decree 06 dated in 2017. But the domestic betting market has not attracted players so far because of inadequate regulations.

Under the decree, only international tournaments and football matches announced and approved by FIFA (he Federation Internationale de Football Association) can be subjects for betting. This means that Vietnamese players cannot bet on the Vietnamese national championship, British Premier League, Bundesliga, La Liga and Series A, which take place all year round and attract Vietnamese football fans.

The problem was discovered soon after Decree 06 was released. The football tournaments organized by FIFA occur every 2-4 years and each tournament lasts only 10-30 days, so betting frequency is low.

Betting companies are required to have high charter capital of VND1 trillion at minimum. So, investors will not be able to take back the investment capital within five years, the period for the regulation on a trial basis.

As a result, no investor has poured money into the business four years after the decree was promulgated.

The Ministry of Finance (MOF) is collecting opinions from agencies and experts on a new document that amends the decree with an aim to ‘untie’ the betting business.

However, economists and businesses have commented that the draft document still shows problems.

One problem is that people are only allowed to make a bet via phone, and online betting is not accepted.

Nguyen Ngoc My, deputy chair of the Vietnam Association of Foreign Invested Enterprises (VAFIEs), said that with these provisions, the new decree will become ‘out of date’ from the day it is promulgated.

Though the new decree is expected to allow betting for more international sports tournaments, the prevention of players from using the internet to make a bet and the high tax will not make the market attractive.

If so, Vietnamese will still continue to bet with foreign companies, and they only need to break the firewall to do this. The figure provided by Ladbrokes shows that Vietnamese still spend big money to bet during football matches, but not domestically.

Also according to My, the total revenue of the global betting market was $231 billion in 2019.

The development of a prize-winning entertainment industry should be programmed for the benefit of a developing country like Vietnam, not just for one business or industry. Developing the industry will also help develop the tourism industry.

If dog or horse races are organized, this will help stimulate the development of hotel services, restaurants and the real estate sector.

Nguyen Son Hai, deputy CEO of VNPT Media, said once Vietnam has a digital economy, it should develop a digital entertainment industry. Betting via internet is inevitable and with the current technological platform, network operators can manage the activities of betting via the internet.

He went on to say that it is unreasonable to not allow betting via the internet in the context of the 4.0 industry revolution, the sharing economy, the digital economy, and the popularity of 5G.

If prohibited, players will try to circumvent the laws, which may make things uncontrollable.

Nguyen Anh Tuan, editor in chief of Nha Dau Tu (Investor) Journal, estimated that if Vietnam can manage the football betting market, worth $10 billion a year, the state will be able to collect $2 billion from tax. The huge amount of money is equal to the tax collection of the entire alcohol and beverage industry each year.

The Ministry of Finance’s proposal on reducing conditions for casino investment, if adopted, could ease burdens for financiers as the entertainment sector scrambles for a way out of the pandemic mire