How to force cross-border social networks to observe the laws of the host countries is a challenge not only for Vietnam but for all countries. 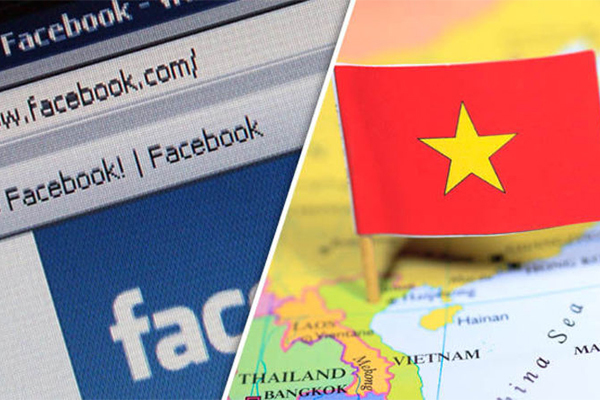 International experts have warned of the risk of countries being controlled by digital technology powerhouses such as Facebook, Twitter, Google and Apple. The results of the recent US presidential election showed that digital forces can affect the election.

Mark Zuckerberg, the owner of Facebook, last week announced the temporary blocking of Facebook and Instagram accounts of US President Donald Trump for his violations of the social network’s policies.

The move raised controversy about the power of social networks, which can make their own decisions in the US because they are private companies. This raises questions about their power.

Experts say that digital technology powerhouses act like ‘virtual governments’ which have big power, but are not strictly controlled by current laws.

Any country and anyone can become victims if they depend on cross-border technological platforms. Therefore, Vietnam, like other countries, needs to think of measures to protect its sovereignty and national prosperity in cyberspace.

However, the control of the information of this kind is getting more effective with cooperation with cross-border platforms. The good results are attributed to the implementation of legal, economic and technological solutions to force the platforms to comply with Vietnamese laws.

As Vietnam has increased its pressure, Facebook has increased the ratio of responding to requests from Vietnamese management agencies from 10 percent to 95 percent. As for YouTube, the figure is 90 percent instead of 30 percent.

However, a lot of problems still exist with cross-border platforms. One of them is the state's failure to collect tax from them.

According to Statista, the total revenue of the Vietnam’s online ad market was estimated at $290 million. A large part was poured into search ads, video ads and social networks, most of which are in the hands of cross-border platforms.

While earning hundreds of millions of dollars from the Vietnamese market, Facebook, YouTube and Google have not implemented their tax duties.

Facebook and Google are digital technology firms. But technology changes every day. In all countries, the legal framework has to ‘run after’ technological changes and be updated in accordance with the changes.

In order to manage Facebook and Google, Vietnam’s agencies are completing a legal framework which will be an important foundation to force cross-border platforms to strictly comply with the laws.

MIC has finished collecting opinions for the draft decree on amending some articles of Decree 181 dated November 14, 2013, which gives detailed regulations on the Advertisement Law.

Foreign individuals and institutions providing cross-border ad services on the internet and have revenue from the services, or have users in Vietnam, have to observe Vietnamese laws, including laws on advertisements, and on managing, providing and using internet services and information on the internet.

The units that provide cross-border advertisement services must pay tax as stipulated by the laws. They have the responsibility of examining and checking ads to ensure compliance with Article No 8 of the Advertisement Law.

MIC is also going to issue a code of conduct for cyberspace and ask social networks to identify users.

Where are Vietnam’s social networks in comparison with Facebook, Google?

With the establishment of a series of social networks, Vietnam is one of only a few countries with domestic products that are competitive with cross-border platforms.

Is it time for next-generation social networks?

Every technological product has its life cycle…