Vietnam’s position in the eyes of a Japanese scholar

Vietnam’s upper class, whose net worth is invested in more than $30 million, has increased to 13 percent in the past five years, surpassing 10,000 people.

I recently attended a seminar among Vietnam’s leading scholars and a Japanese panel speaker – Hamada Kazuyuki – about the future of the world in the context of the US-China trade war. 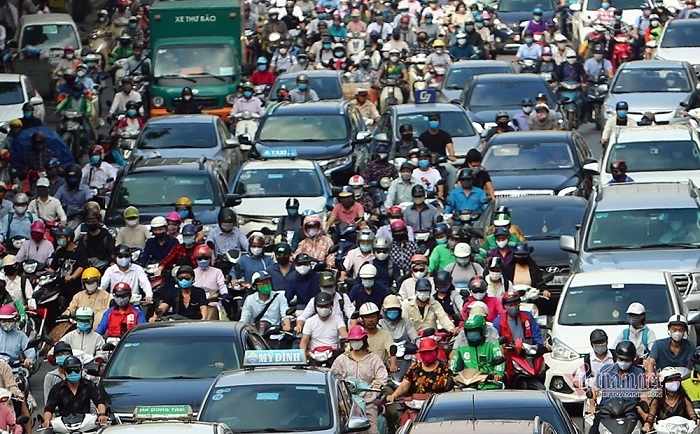 Vietnam is a populous country with an increasing upper class

Kazuyuki gave astute remarks that Vietnamese scholars could not disagree with.

Kazuyuki is a politician who has held many different positions, including Deputy Minister of the Internal Affairs and Communications, Deputy Minister of Foreign Affairs, Senator. He is a prestigious scholar in political economy in Japan.

Nguyen Dinh Cung, former Director of the Central Institute of Economic Management (CIEM), a friend of Kazuyuki, said that the Japanese scholar, in a book roughly translated as Future Power - Redrawing the world map in 2030, predicted that Vietnam would be among top 20 powers of the world in terms of economic scale by 2048.

His comments on Vietnam prompted me to read what he wrote about Vietnam today.

He wrote that Vietnam is currently the country with the most prominent economic development in Asia. Vietnam’s upper class has increased to 13 percent in the past five years, surpassing 10,000.

With such a tempo, by 2026, the growth rate of the upper class in Vietnam would outperform China and India.

Though the country pursues the single-party political system, Vietnam's economic policy develops in the direction of liberalization, giving priority to market principles.

The population growth rate in Vietnam is high, and total population will quickly reach 100 million. With the average age of 26, Vietnam has a high percentage of young people, and with rapid economic development, the consumption demand is very strong.

Vietnam’s streets are full of vitality as seen in the long period of strong development after the war in Japan.

The rapidly growing domestic market alone can help Vietnam become a power in the future. One may think that in such a socialist country, the enterprises would be all state owned. However, private enterprises are developing rapidly in the country.

Everything, from infrastructure to production and entrepreneurial sprit, have been developing strongly.

The biggest advantage of Vietnam is political stability and the economic development path.

The strategy to conquer the world with high technology

The Japanese scholar noted that Vietnam is making heavy investment in information technology (IT), and the Ministry of Information and Communication (MIC) is taking necessary measures to promote the development of the industry.

The head of MIC, which is promoting the IT development strategy, is the former General Director of Vietnam's largest telecommunications company - Viettel. This shows that the government focuses on a national strategy on IT development.

Vietnam has begun providing services to neighboring developing countries such as Myanmar, Cambodia and Laos. As such, a new power in the future is from Asia and with IT as the weapon.

The Vietnamese government has a development plan to be comparable to the US’ Silicon Valley.

Based on a national strategy targeting the world's number one position in the field of high technology, Vietnam has been making moves to develop and apply new services using IT in many fields such as medicine, education, agriculture and tourism.

Vietnam is also showing its determination to join the 4.0 industrial revolution. He affirmed that Japan should make the most of this opportunity, and should respect Vietnam as a partner in the future.

The Japanese scholar thinks that Vietnam is pursuing a wise foreign policy with China.

Kazuyuki’s belief that Vietnam would be among the world’s top 20 economies by 2048, according to Cung from CIEM, is built on these factors as follows:

Vietnam is a populous country with an increasing upper class. Its population is young and the market is open. The national spirit is strong. Vietnamese people are dynamic and they are ready to cope with challenges and eager for discoveries, thus creating an open environment for new technology and service application.

Though Cung doesn’t fully agree with all the views of Kazuyuki, he believes that this is a great opportunity for Vietnamese to re-analyze their potential and opportunities, as well as the problems the countries are facing.

According to Cung, we are going towatd the ‘G0 era’, where there is no superpower. This is the era where every individual will create an ideal space for themselves. There will be no more superpowers and the abilities of each individual will be optimized.

Vietnam’s economy in first seven months on a tightrope

Giving forecasts about economic performance has never been so difficult as there are now too many influencing factors.

Economists have said Viet Nam would gain many benefits from a full and modern market economy.

icon
Code of Conduct in the East Sea: a long and arduous road
icon0
Load more›