Along with free vaccinations for priority groups, the Ministry of Health (MOH) is planning to activate the expanded program on immunization (free of charge) and the vaccination that requires payment. 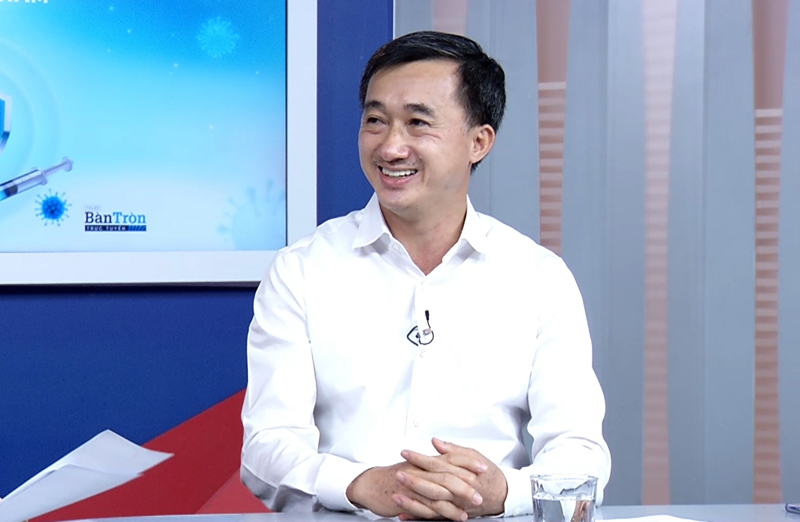 At a meeting on June 18, the Standing Committee of the National Committee for Covid-19 Prevention and Control proposed that MOH, after completing the free vaccination for priority groups of people and reaching herd community, prepare for the next period, kicking off the expanded vaccination (free of charge) and the vaccination that requires payment.

At a roundtable talk on VietNamNet, Deputy Minister of Health Tran Van Thuan said the information related to paid vaccination is a matter of great concern.

According to Thuan, the available vaccines in Vietnam from the Covax program, 38.9 million doses, will be reserved for 19.4 million people belonging to priority groups as stipulated in Government Resolution 21.

Vietnam will also vaccinate factory to ensure uninterrupted production. There are now 30 million AstraZeneca doses imported through VNVC which the Government has bought at non-profit prices.

“As such, the people with not so comfortable conditions can access vaccination for free. And in order to increase the supply, diversify vaccine sources, diversify resources and support the national budget, we believe that the paid vaccination mechanism, which is a reasonable one, will be proposed by MOH at a suitable time,” Thuan said.

Also according to Thuan, Covid-19 vaccine supply will still be limited until September, so Vietnam will continue to vaccinate priority groups mentioned in Resolution 21.

Under the Government’s guideline, which says that Vietnam needs to both fight the pandemic and ensure uninterrupted economic development, workers in Industrial Zones (IZ) will also get priority.

Amid people’s tendency of postponing vaccinations and waiting to get vaccines with fewer side effects, Thuan advised people not to be selective and to get vaccinated immediately if they belong to priority groups.

He went on to say that people can have two different vaccines for two shots at two different moments. For example, they can have AstraZeneca now and Pfizer or other vaccines later.

Some surveys have found that using different vaccines can bring higher immune effects.

“We respectfully ask people not to be too selective about vaccines. Please be responsible and get the vaccines available. And please strictly follow the ‘vaccine plus 5K principle’ set by MOH,” Thuan said.

According to Dang Duc Anh, head of the Central Institute of Hygiene and Epidemiology, there is no 100 percent safe vaccine.

Of the 400,000 people vaccinated in HCM City, there were 1,100 cases of anaphylactic reactions after injection (15 3rd-level and 2 4th-level anaphylactic shocks). The ratio in Vietnam is the same as the global ratio, the permitted level as declared by the World Health Organization (WHO) for AstraZeneca and some other vaccines.

According to Anh, in some European countries and the US, scientists are considering injecting two kinds of vaccines for two shots. In Spain, AstraZeneca vaccine as the first shot and Pfizer for the second brings very high immune effects, and even better than the injection of the same vaccine two times.

Meanwhile, the UK is considering injecting other vaccines, such as Moderna and Sputnik for the second shot, and the initial results are very satisfactory.

“We absolutely agree with the Deputy Minister that people should use the vaccines available, because the post-injection reactions are nearly the same for different vaccines,” Anh said.

Deputy Prime Minister Vu Duc Dam, at the meeting of the Steering Committee on Covid-19 Vaccination on June 23, assigned MOH to consider the injection of two different vaccines following experiences in the rest of the world.

Germany, Canada, the UK, Sweden, France and Spain have allowed, or even encouraged, people to be immunized with vaccines of two different manufacturers after the first shot with AstraZeneca.

Prime Minister Pham Minh Chinh has asked AstraZeneca to create the best possible conditions to deliver 10 million doses of the COVID-19 vaccine by the beginning of August, out of its 31-million-dose order for 2021.

As the vaccination rate is picking up, people in France’s western town of Laval, where Tran Thi Phuong Thao lives, are entering a new phase in the pandemic with a renewed sense of hope.