Vietnam was among the countries gaining the highest GDP growth rates in 2020, which could serve as a launching pad for further growth.

The General Statistics Office (GSO) reported a 2.91 percent GDP growth rate for 2020, a tremendous success in the context of the global economic performance. 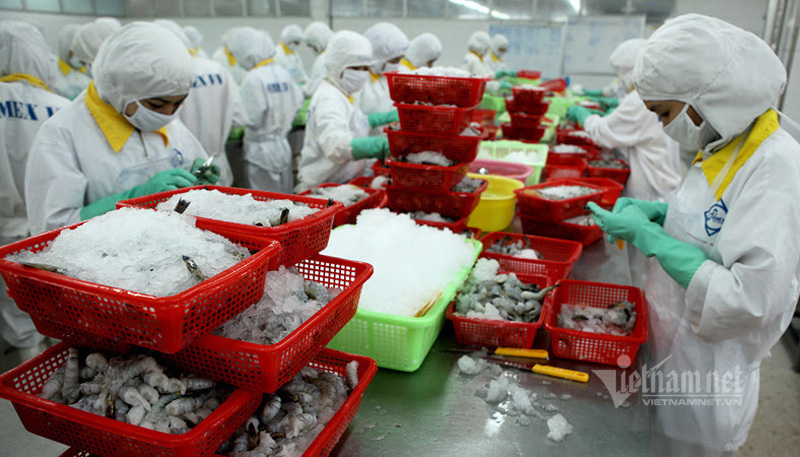 Prior to that, the World Bank, in its ‘Taking Stock’ report, predicted that Vietnam’s GDP would grow by nearly 3 percent in 2020, while the world’s economy would see a decline of 4 percent.

The strong rise of Vietnam’s economy is based on achievements in 2020, including record export turnover, a trade surplus of $19.1 billion, and increased public investments.

KBC and its subsidiaries in Q4 2020 alone signed contracts on leasing IZ land with the total area of 150 hectares, worth over $150 million, a good sign for industrial real estate developers.

Most of the projects to be developed on KBC’s land are hi-tech, including ones of well-known corporations in the world.

Prior to that, SSI Research said that the diversifying production globally has been accelerated and Vietnam will benefit from the trend.

Experts believe that when the pandemic subsides, the demand for IZ land will increase sharply from companies that plan to relocate their production bases to Vietnam.

Huynh Minh Tuan from Mirae Asset Vietnam said that Vietnam scored success when controlling the pandemic and now needs to clear the way for enterprises to make investments. Simplifying administrative procedures and laying down legal frameworks for new business fields will play an important role in the next development period.

He also suggested that Vietnam attract talent to become a regional finance and manufacturing center. The state needs to apply policies to encourage creativity, because this will increase the added value in export products.

The Financial Times compared Vietnam’s strong economic development and its favorable business environment with Thailand’s foreign investment boom in the 1980s, or China's 20 years ago.

Despite the disadvantages in infrastructure and labor force, many multinationals are seeking to build their production bases in Vietnam.

But there are still many problems in Vietnam, including poor infrastructure and logistics services. However, the problems could be settled soon if Vietnam continues to maintain an open investment environment.

FDI will continue to flow to Vietnam, especially to the business fields in which Vietnam is still weak. GLP, Asia’s largest logistics group, is developing logistics projects in Hanoi and HCM City, planning to inject $1.5 billion into Vietnam in three years.

According to the Ministry of Planning and Investment (MPI), total FDI capital registered in 2020 was still high, roughly $29 billion, despite Covid-19 which affected investors’ financial resources.

Analysts say that international investors’ confidence in Vietnam is on the rise, which will help Vietnam become one of attractive destinations for foreign investors and help Vietnam join more deeply into the global supply chain.

Carolyn Turk, WB Country Director in Vietnam, commented that with a new strategy for the next stage of development, with a focus on facilitating domestic businesses to integrate into the regional and global markets, innovate and apply digital technology, Vietnam will rise more strongly than ever, if well managed.

Economists have predicted that Vietnam’s GDP may be negative this year as the possibility of a second outbreak exists.

Top 10 issues that defined the global economy in 2020

The COVID-19 pandemic has had a heavy impact on every aspect of life in 2020, and the global economy had been especially hard hit.