Among the countries running a race to attract foreign direct investment (FDI), Vietnam is a destination with promised great potential.

After Apple began increasing orders placed with suppliers in Vietnam, a number of multinationals have chosen Vietnam for new investment projects or production expansion. 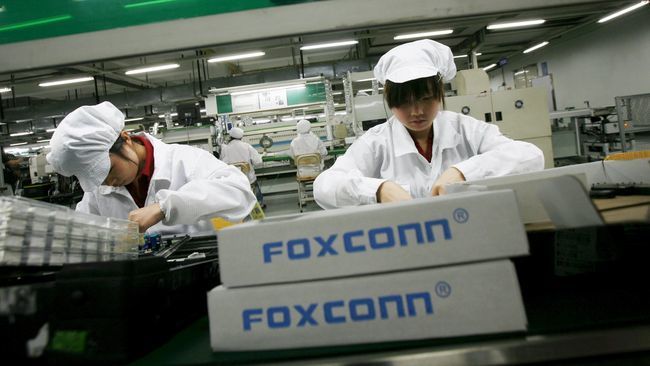 Foxconn and Luxshare, two of Apple’s suppliers, are increasing their investment activities in Bac Giang. The corporations like Foxconn plan to spend billions of dollars to make products for Apple and Cisco.

Pegatron, the leading electronic component supplier for technology giants such as Microsoft, Apple and Sony, is planning to invest $1 billion in Vietnam to develop a hi-tech manufacturing complex.

Pegatron has applied to the Hai Phong City Economic Zone Management Board for an investment license, planning to develop Pegatron Vietnam 2 in Nam Dinh Vu IZ.

Once operational, the project will create 22,500 jobs and pay VND100 billion to the state budget.

The products from Pegatron’s factory in Hai Phong will provide input components to Microsoft, Sony, Lenovo and Apple.

Many investors are considering investment opportunities in the region. The competition among countries to attract foreign investors is becoming increasingly stiff. India, Indonesia and Thailand all have offered attractive incentives to lure big investors.

Vietnam’s strategy on attracting FDI this time is very clear: it prioritizes large corporations which use modern technologies and have large supply chains.

Vietnam needs to select investors carefully, or it will turn into a place gathering low-quality foreign investment projects, or investors who come to Vietnam to avoid tax in context of international trade changes.

The State Audit also pointed out many gaps in the policy and the downsides of the FDI attraction that have caused losses to budget revenue and adverse environmental impact.

According to Doan Xuan Tien from the State Audit, the number of foreign invested enterprises (FIEs) reporting losses account for 50 percent of total operational FIEs, many of which have reported losses for consecutive years.

Experts have repeatedly warned that many FIEs conduct transfer pricing to avoid taxes, causing loss of revenue to the state budget.

Nguyen Xuan Phu, president of Sunhouse Group, said he learned a ‘bitter’ lesson from cooperating with a foreign partner.

Sunhouse planned to cooperate with a South Korean company to develop a microchip factory, where Sunhouse held 49 percent of shares.

But it chose the wrong partner: the partner implemented the project with the hope that it could borrow capital from Vietnam’s banks. As banks refused to provide loans, the project ended in a deadlock and Sunhouse had to buy back the partner’s capital contribution.

icon
Man with cerebral palsy grew up to be proficient in computing, foreign languages
icon0