Unprecedented decisions made by of National Assembly, Government to fight Covid-19

The urgent measures to fight the pandemic, if delayed even by one day only, could cause serious consequences, affecting people’s health and lives, Deputy Chair of the National Assembly’s Legal Committee Nguyen Phuong Thuy said. 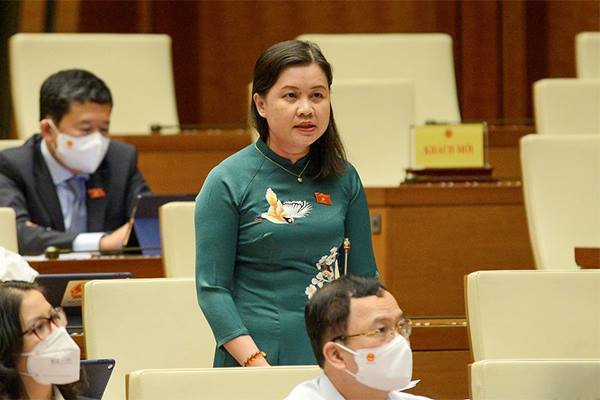 Just after several days, the Government submitted to the National Assembly Standing Committee for opinions on other content different from the provisions of the law.

“This has clearly demonstrated the innovative spirit of an active National Assembly that always puts the interests of the country and the people as a priority, " Thuy said.

According to Thuy, Resolution 86 covers comprehensively the urgent measures to prevent and control the pandemic in most fields, as creates specific mechanisms and timely policies to be applied in current difficult conditions.

Could you please tell us about the noteworthy points of Resolution 86?

To cope with the unprecedented pandemic like Covid-19, we need special solutions that are quick, timely and effective.

However, it’s undeniable that the legal documents on epidemic prevention and control and on state of emergency were promulgated a long time ago, so many provisions have become out of date, which could not keep pace with the complicated developments of the Covid-19 and the 'new normal' state of the society.

Though the requirement on amending the law to cope with the problems during the pandemic was put forward right when the pandemic broke out, this still cannot be implemented. This takes time to amend, supplement and enact new laws, so that the new laws have good effects and long-term stability.

With the sudden and unpredictable developments of the epidemic seen in the last 1.5 years, there are still many variables that are unforeseeable.

What is the significance of Resolution 86 in the current conditions?

Allowing the Government and Prime Minister to take initiative and be flexible in setting regulations and applying the measures which are not stipulated in laws or different from the other provisions of the laws is an unprecedented decision by the National Assembly. But this is a necessary decision in the current conditions.

If the decisions are released too late, even just one day, the health and even the lives of people will be affected. Delays in making decisions will also cause serious economic damages, while opportunities for development and life improvement may be missed.

This can be seen as a form of a controlled experimental legal mechanism to find suitable and effective solutions in the fields where there are no regulations or the regulations are still not clear enough.

Do we need a supervision mechanism to be sure that policies can be implemented effectively and to avoid the abuse of power?

To solve the legal issues in epidemic prevention and control in a radical and comprehensive way as required by the National Assembly Resolution 30, what do you think the Government needs to do?

The government, government’s agencies, and local authorities of different levels need to organize the review of the implementation of the Prime Minister’s Directives and other regulations over the last 1.5 years. This aims at finding shortcomings and unreasonable measures so as to amend the measures and design more suitable solutions.

I hope the application of a controlled legal mechanism like this will give more practice and experience to development and improvement of laws in the coming time.