Deposits at banks continue to increase, though deposit interest rates have been decreasing. With plentiful capital, banks are inviting individuals who want to borrow money to buy houses and cars.

According to the State Bank of Vietnam (SBV), as of mid-August, deposits had increased by 6.3 percent, while loans had risen by 4.13 percent. 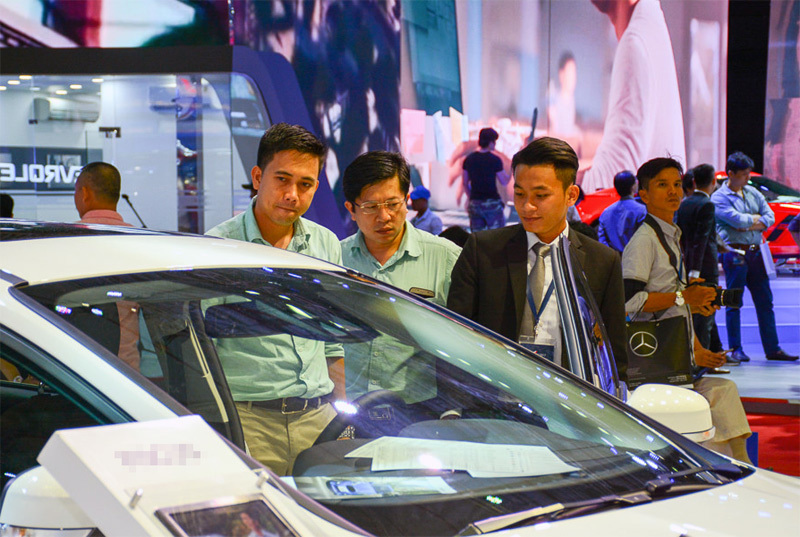 Money keeps flowing into banks, despite deposit interest rate decreases. Meanwhile, individuals and businesses that own large amounts of cash are still keeping their money in banks. It is not easy to find borrowers at this time.

As banks have abundant money, they are increasing the purchase of government bonds, despite the low interest rates.

The Hanoi Stock Exchange (HNX) reported that it mobilized VND22.8 trillion through government bond issuance in August. The figure had reached VND1,230 trillion as of August 31.

Analysts said both deposit and lending interest rates are on the decrease. In early September, Techcombank released its new interest rates, slashing the 1-month deposit intererest rate by 0.3 percent compared with August to 2.85 percent.

Meanwhile, the interest rates for 2-5-month deposits are 3-3.4 percent per annum.

As the capital cost is decreasing, banks have slashed the lending interest rates. Some Vietnamese joint-stock banks cut the interest rates by 0.23 percent on average in early September on short-term loans.

Lending interest rates of loans to the production and business sector are between 8 and 8.81 percent for short term loans, and 9.87-10.34 percent for medium and long term loans.

As for priority business fields, the rate is 5 percent maximum. Loand to fund investment deals and real estate projects have a high interest rate of 12 percent per annum.

Economist Pham Nam Kim said that even if banks slash lending interest rates further, it will not affect credit growth. The problem lies in the weak ability to absorb capital. As businesses and individual clients are facing difficulties amid Covid-19, they don’t have demand for loans or ability to borrow money.

VnDirect Securities predicted that the credit growth rate of the entire banking system would be 9-10 percent this year.

Meanwhile, SSI thinks that even the target of 10 percent credit growth may be unattainable.

In such conditions, banks are trying to increase consumer lending. In principle, consumer loans have interest rates far higher than other kinds of loans because of higher risks. However, banks have narrowed the gap to lure more borrowers.

SHB is providing loans at the interest rate of 6.5 percent instead of 7.5 percent to those who borrow money to buy houses, and 6.8 percent to car buyers.

BIDV said it has reserved VND30 trillion to lend to individual clients with interest rates of 5.5-6 percent.

Interest rates drop, but loans are not increasing