Towards plastic alternatives in Vietnam

New opportunities will come to plastic and packaging producers in Vietnam ready to change their business strategies.

At the same time, other large supermarket chains like Big C and Lotte Mart have been among the first retailers in Vietnam to encourage the use of environmentally-friendly products instead of plastic alternatives.

A wave of plastic boycotts has been seen all around the world and the movement saying “no” to disposable plastic products locally, especially plastic cups and straws, has forced plastic manufacturers in Vietnam to change their production strategies.

Realizing the growing green trend, the An Phat Plastic and Green Environment JSC has invested in research and development (R&D) for many years to create environmentally-friendly products that meet the standards of developed countries, such as microbial bags and degradable cups, spoons, and forks.

An Phat’s microbial bags are made entirely of corn starch, and biodegrade in the natural environment within six months to a year.

The eco-friendly biodegradable plastic product line under the AnEco brand last year accounted for about 10 per cent of the company’s revenue and this rate will increase when it expands its local market share, according to Mr. Pham Anh Duong, Chairman of An Phat Plastic and Green Environment.

“AnEco microbial bags have been exported to many countries around the world since 2015 and began to be sold in Vietnam at the end of last year,” he said.

“Export volumes currently account for a larger proportion than domestic sales. Our plan in the near future is to focus on the domestic market and push revenue higher, to encourage green consumption trends among Vietnamese people,” he told VET.

The company intends to continue exporting knives, spoons, forks, and straws of this type to Europe, at about 100 million products each year. An Phat is also investing in the construction of a US-based plant specializing in manufacturing environmentally-friendly packaging and plastic products, which is expected to go into operation in 2020.

Other local plastics and packaging producers like Hung Hau Foods began developing rice flour-based straws in 2017, which are now available at Saigon Co-op. Although such products have been in the market for only a few months, they have won favor among many customers, according to Mr. Vo Minh Khang, General Director of Hung Hau Foods.

“We have operated a second production line, increasing capacity by five-fold to 100,000 straws each day,” he said. “They will be exported to South Korea, Japan, and some European countries.”

Another biodegradable plastic bag producer, the General II Import - Export JSC, has in recent years changed its focus to the local market instead of exports because developed countries have policies for moving towards the use of degradable products or alternative packaging made from paper or cloth.

“The local market now accounts for around 90-95 per cent of the company’s total revenue and we see great potential in Vietnam as local people are more aware of using eco-friendly products,” said Mr. Nguyen Quoc Cuong, Director of General II.

It’s not easy for disposable plastic manufacturers, however, to shift their existing business models or change to alternative product lines. Some said they would stop making eco-friendly products if the market no longer accepts them because they’re just a “niche” product line.

For example, a representative from Dong Tam Plastic said this product category only accounts for about 20 per cent of total revenue, and if local consumers don’t welcome them the company will continue to focus on its key products, which are plastic household items.

While plastic consumption per capita in Vietnam is far lower than in its Asian neighbors, the country is still among the leaders in the world in terms of producing plastic waste.

Vietnam is also among countries discharging the largest amount of plastic waste into the ocean, according to a report released by the World Wide Fund for Nature (WWF) in March. Around 60 per cent of plastic pollution found in the world’s oceans comes from just five countries, and Vietnam is unfortunately fourth on this list. “EuroCham welcomes the EU’s proposal to ban a range of single-use plastics across all EU member states,” said Mr. Nicolas Audier, Co-Chairman of the European Chamber of Commerce (EuroCham) in Vietnam.

“This is a positive move towards reducing plastic pollution, which is becoming an increasingly serious problem. It is in the interests of all consumers, companies, and countries to reduce plastic pollution.”

However, he went on, the amount of plastic waste produced by Vietnam is much larger, as households discharge 80,000 tons of waste into the environment each day.

Of that amount, plastic waste makes up three to five per cent, equivalent to 2,400 to 4,000 tons, and only 20 per cent of plastic waste is recycled.

Data from the General Department of Vietnam Customs shows that growth in plastics export revenue has increased in recent years, from 1.5 per cent in 2015 to 14 per cent in 2017, reaching $2.5 billion, and was $807.33 million in the first quarter of this year, up 19.6 per cent year-on-year.

At the current growth rate, Mr. Lam forecasts that the new EU regulations will have a major impact on the domestic plastics industry in the next three years.

The EU proposal would see a complete ban on single-use plastics like cutlery and plates, cotton buds, and straws. It also aims to reduce the use of other plastic items such as food and drink containers.

Many of these products are made from non-biodegradable materials, breaking down over time to become micro-plastics, which can cause considerable harm to the environment and the food chain. “However, this EU directive will not come into force until 2021,” Mr. Audier noted.

“So, companies in Vietnam who manufacture such items have time to adapt their business plans and make sure their companies are well-placed to take advantage of these new business opportunities.”

Indeed, some businesses are already taking advantage of the new trend towards environmentally-friendly, sustainable products. For example, biodegradable bags and packaging materials are slowly becoming popular, as are bamboo straws.

And consumer demand for these products will only grow stronger. So, if Vietnamese companies can scale up production of these items, there are significant opportunities for growth in the future.

The government is already taking steps to tackle the issue of plastic waste and is playing a leading role in raising awareness about plastic pollution in the country. Indeed, the Ministry of Natural Resources and Environment launched a nationwide campaign to reduce plastic pollution last October, and Decision No. 491 from the government aims to replace plastic bags with biodegradable alternatives by 2025.

Changing local consumers’ thinking has been seen as the greatest challenge for biodegradable plastics and packaging manufacturers. Mr. Cuong from General II sees that the company’s customers are still using regular plastic bags, instead of changing entirely to eco-friendly alternatives, due to their higher price.

However, Mr. Duong from An Phat said the company has conducted targeted market research for a long time and recognized Vietnamese people’s increasing focus on environmentally-friendly products.

Consumer behavior in Europe is changing and, as the EU proposal shows, it is driving governments to introduce stricter environmental rules and regulations. However, if businesses can adapt to these changes, there are huge opportunities to take advantage of these changing consumer trends and grow their share in the eco-friendly product market.

Mr. Audier emphasized that companies in Vietnam are in a uniquely good position, since the country will soon have privileged access to Europe’s 500-million strong consumer market.

The EU-Vietnam Free Trade Agreement (EVFTA), which should be ratified later this year, will phase out tariffs across a range of products and give Vietnamese companies greater access to Europe’s high-spending consumers.

“In short, higher standards should be seen as an opportunity not only for increased environmental protection - both in Europe and Vietnam - but also for sustainable, environmentally-friendly Vietnamese products to access lucrative new markets.” VN Economic Times

Vietnam has started a series of measures to reduce plastic waste, it was reported at a talks on the environment and plastic waste in Ho Chi Minh City on June 13.

A national campaign to prevent excessive plastic waste was launched in Hanoi on June 9 with Prime Minister Nguyen Xuan Phuc in attendance.

Photographer Nguyen Viet Hung traveled more than 7,000 kilometers on his motorbike crossing 28 coastal provinces and cities along Vietnamese coast to picture daily life, with a focus on plastic pollution. 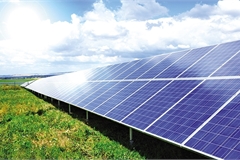 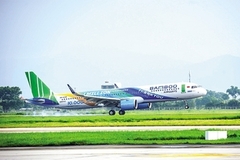 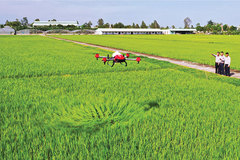 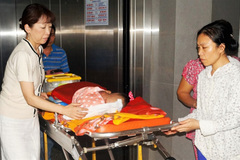 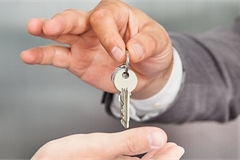 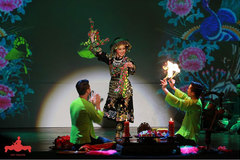