The special teacher of Vietnam's youngest associate professor: her mother

Nguyen Thi Thanh Ha feels fortunate that she was led by many teachers on her journey of self-growth. And the first teacher was her mother.

The lecturer and scientist, who became the youngest associate professor in 2020, has evoked the memories about her mother many times. 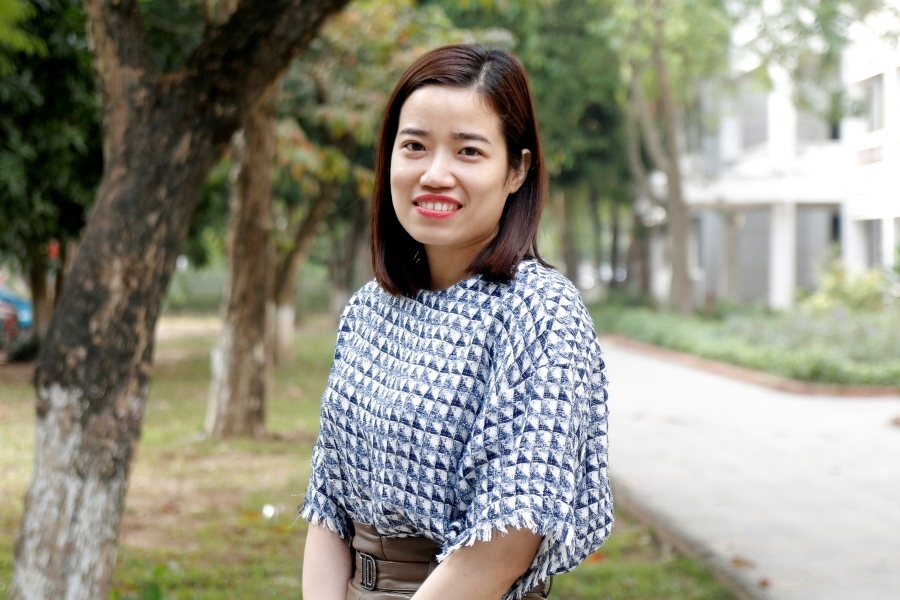 Ten years ago, on the day to defend her thesis for a master’s degree, Ha received the news that her mother was ill. She decided that she would return to the home village to see her mother after the thesis defense ended.

Just minutes before the defense, she received a call from a friend who asked about her mother. Feeling insecure, she called her father and heard from him that her mother had died.

Discontinuing the defense, she caught a bus home. But she could not see her mother for the last time, because when she arrived, the mother had been placed in a coffin.

This was a tormenting moment for her. This explains why she has always chosen to live and work in Vietnam, though she has had many job opportunities overseas.

“I am afraid that when my relatives face difficulties, I won’t be able to be next to them if I live in a foreign country,” she explained.

She successfully defended her thesis one week later with the maximum score given by the members of the scientific council.

Ha, 34, is a lecturer at the School of Engineering of Physics under the Hanoi University of Science and Technology.

Ha said she is grateful to her mother, who was a secondary school teacher of literature. The mother was very strict in teaching her children.

Ha was a student of her mother and attended literature lessons given by her mother.

“My mother never gave privileges to me, though I was her daughter. She would give low marks if I did not make adequate efforts,” she recalled.

“I could not go out in the evening. If I went to birthday parties, I had to come back before 9 pm,” she said.

The strict education made Ha become orderly and disciplined. These virtues were extremely useful for her in becoming a scientist.

"Only later did I see that this was essential for the path of doing scientific research," she said.

Four years later, she obtained a bachelor’s degree and continued studying for a master’s degree and has been working at the School of Engineering of Physics.

In the first year of working as a lecturer, Ha had students who were two years older than herself.

“I always tell myself that I am not teaching, but sharing knowledge I have. The students at the University of Science and Technology are very clever and I need to both teach and learn to improve myself,” she said.

Besides her lecture hours, Ha spends time on scientific research. The young lecturer has published 28 articles, including 16 articles in ISI journals.

Her research mostly simulates properties of materials on the basis of atomic structures. The subjects of study are oxide and multi-component oxide materials. These types of materials have many applications in high-tech fields such as refractory bricks, bio-materials, and nuclear waste treatment.

Her research works have been published in the European physical Journal, Journal of Non-Crystalline Solids, Materials Chemistry and Physics and others.

“Everything has been going smoothly. I luckily meet with good teachers and colleagues who give advice. And I have my family, which always gives support,” she said.

“There is no research project done by just one person. My studies are always the result of the entire team,” she said.

When receiving the good news that she had been granted the title of associate professor, Ha thought about her mother.

“I am grateful to the teachers I have met in my life, including my mother, my first special teacher,” she said.

Doan Le Hoang Tan, 33, deputy director of the Centre for Innovative Materials and Architectures under the Vietnam National University HCM City, was recently honoured as one of the 10 outstanding young scientists,

Director of the HCM City Department of Science and Technology, Nguyen Viet Dung, speaks about policies for attracting scientists.