The Vietnamese stock market saw an unprecedented plunge on January 19. But panic did not occur. 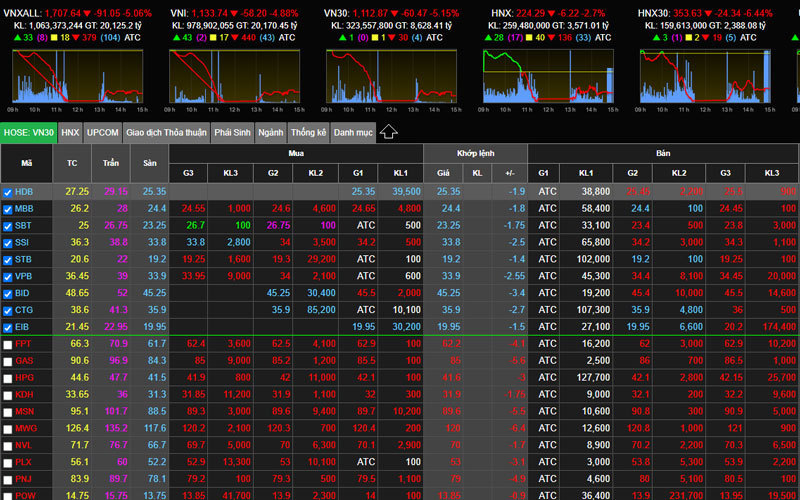 The Vietnamese stock market saw an unprecedented plunge on January 19

As such, the capitalization value in the entire market decreased by $9-10 billion.

Huynh Minh Tuan from Mirae Asset commented that the decline was unavoidable after a long period of a sharp increase from a low of 645 points in March 2020 to nearly 1,200 points in recent sessions.

The market plummeted, according to Tuan, because of convergence. There are many new investors and they follow the crowd when making investments. This is why the situation went from good to bad.

A report shows that the number of new investors of the last year was equal to the number of investors in the last 10 years combined. In 2010, securities companies had 1.5 million accounts and in early 2020 had 2.2 million, which meant the number of accounts increased by 700,000 within 10 years.

Le Quang Tri from Tri Viet Securities commented that despite the sharp decline investors are not in a panic.

The common characteristic of the latest plunge and the ones in the past is that investors rushed to sell shares.

However, as investors had made big profits before, 35-40 percent, it was not a problem to sell at the floor price and accept a price fall of 5-7 percent.

In fact, this was a mass profit-taking phenomenon, not stop-loss as seen in the previous sale-off campaigns.

According to a group of securities investment experts in HCM City, the sale-off session is the result of the convergence of psychological effects, which shifts from profit taking to exiting the market at all costs.

This should be seen as a session where investors wanted to relieve the accumulated market pressure.

Tri believes that the market decreased because of the profit-taking pressure. The market may see continuous decreases in the next few trading sessions.

However, market prospects are still positive and the share prices may see a new increase wave after April 30, after listed companies organize their shareholders’ meetings and release yearly business plans.

Prior to that, many securities companies predicted that the market would decrease in Q1 before increasing again in Q2, when businesses set new plans for the new year.

The Vietnamese stock market is predicted to continue rising in 2021 on positive economic prospects and predicted GDP growth rate of 6-6.8 percent.

The good performance of many large corporations amid the pandemic also serves as a ‘pedestal’ for stock prices.

The stable macroeconomy is the fundamental factor for the recovery and strong rise of the stock market. There are many ‘bright spots’ in the economy, including high export growth rate, record high trade surplus and curbed inflation.

The government of Vietnam is applying measures for an economic recovery, such as promoting public investment, improving capital efficiency, and expanding global integration with many FTAs signed, including EVFTA and RCEP.

Some analysts believe the VN Index will climb to a new record high in 2021. This is not a far-away goal, if noting that some stock markets in the world, including the US, have reached peaks, while Vietnam still has not exceeded the old peak though it bears less impact from the pandemic.

The stock market ended 2020 with diverse notes, from the selloff in Q1 which sent the VN-Index down to 660 points, the lowest in four years, to the recovery and strong rally, especially in Q4.

With general optimism well-founded for Vietnam’s stock market building in the past year, there is now significant anticipation for 2021 with the arrival of a new entity to run the country’s exchanges.