The week before the last week of 2020 once again witnessed strong cash flow in the stock market. More than VND17 trillion worth of shares were transferred on December 23. 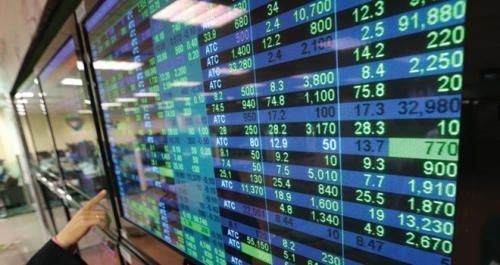 Prior to that, the market witnessed a series of trading sessions with trading volume of over VND10 trillion.

This was a good end for an unpredictable year.

Huynh Minh Tuan from Mirae Asset said that 2020 could be called a ‘crazy year’ for the Vietnam’s finance and securities market.

However, good things can be found in misfortune. According to Tuan, the ‘craziness’ was that money was available everywhere and the number of new securities investors (F0) saw a record high in 2020, which was equal to the last 10 years combined.

Securities companies reported that 50,000 new investors were joining the market each month. There were 600,000 new accounts this year.

The VN Index increased by 70 percent compared with the low in March.

According to Tuan of Mirae Asset, the finance market is witnessed big changes as money was getting cheaper and the bank deposit interest rates were on the decrease. This resulted in savings money flowing into the stock market.

A special aspect seen in 2020 was the strong rise of many listed companies amid the Covid-19 crisis. The pandemic hit most businesses hard, but many businesses still grew well, including Hoa Phat Group, Vinaconex, Novaland and Viettel Global.

The banking sector had a prosperous year in 2020. Some commercial banks, including VP Bank and Techcombank, reported a profit growth rate of 10 percent in the first nine months of the year.

Techcombank shares saw the price increasing by 60 percent in the last five months, from VND18,000 per share to VND29,400 per share.

This helped the stock asset value of billionaire Ho Hung Anh, president of the bank, soar from $1.1 billion to $1.7 billion as of December 21, according to Forbes.

MSN shares of Masan Group owned by billionaire Nguyen Dang Quang also saw the prices increase by 80 percent in the last three months, from VND53,000 to VND95,000 in mid-November.

As the pandemic has been under control in the country, the Vietnamese stock market recovered well. The VN Index has increased by 13 percent, among the top 10 markets with the best growth in the world.

The cash flow into the stock market was very strong, with the trading value increasing from VND5-6 trillion each session to VND15-17 trillion recently.

Analysts said that Vietnam’s stock market ‘swam against the current’ and stock prices increased because Vietnam controlled the epidemic well.

The macroeconomic stability was a fundamdental factor for the strong recovery and rise of the stock market. There were many bright spots in the economy, including satisfactory exports, high record trade surplus, and controlled inflation.

Most international institutions, including IMF, WB and ADB, have recently lifted their forecasts about Vietnam’s GDP growth rate to 2-3 percent.

Pyn Elite Fund said the Vietnamese stock market may cause big surprises in the 2020-2024 period. The sharp fall in bank deposit interest rates will drive investors to the stock market, which will help the VN Index rise to a 1,800 point peak.

Tuan predicted that the VN Index may increase by 15 percent next year to 1,300 points.

Kuwait has been upgraded into an emerging market and Vietnam is expected to benefit from this.

The Vietnamese stock market has flourished amid global uncertainties due to the COVID-19 pandemic, said Tran Van Dung, Chairman of the State Securities Commission (SSC).

Margin rates offered by securities companies have been steadily lower since the beginning of the year. They have even declined faster than the rates of bank loans, a trend reinforced by foreign securities players.