Special moment for Vietnam: time to rise as opportunities open up

As the global production network has been seriously disrupted, now is the time for Vietnam to reposition itself in the supply chain.

Though hit hard by Covid-19, Vietnam had maintained positive growth with a trade surplus of $12 billion, FDI (foreign direct investment) registered capital of $20 billion as of mid-August, and implemented capital of $11 billion. 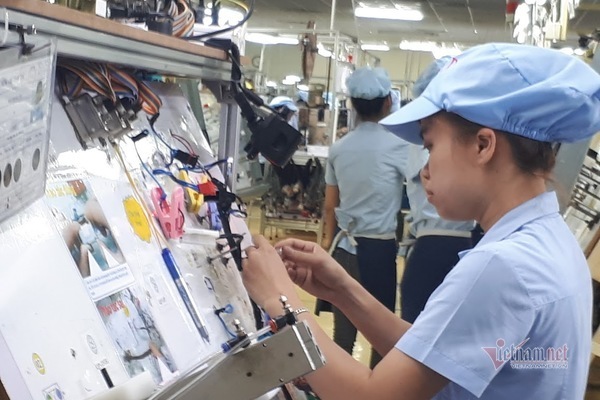 Minister of Planning and Investment Nguyen Chi Dung noted the country's achievements at the Vietnam Reform and Development Forum (VRDF) held on September 29.

Emphasizing the ‘extremely special moment’ of VRDF 2020, Dung said Vietnam is preparing to organize the 13th Party Congress, implementing a development strategy for the next five years, and until 2030 as well.

The Covid-19 pandemic has had serious impact on all aspects of global life and posed great challenges for Vietnam.

Vietnam is a developing economy with lower average income, where growth heavily depends on capital, low-cost labor, and foreign investment.

In her presentation at the forum, Vice President at the World Bank for East Asia and the Pacific Victoria Kwakwa pointed out that it is still too early to fully understand the impact of coronavirus on the global economy.

World Bank economists believe that there will be a global economic recession deeper than the Great Depression in the past. FDI flow and global trade will need time to recover after the Covid-19 crisis.

The immediate consequence of the pandemic is that developing countries face strong headwinds.

Foreign indirect investment and overseas remittances all have decreased seriously. The investors that left to preserve capital have caused a sharp decline in assets valuation and led to an increase in the volatility of financial markets all over the world.

The private financial inflows into developing countries may decrease by $700 billion in 2020 compared with 2019.

Joining the global supply chain, Vietnam is still behind many ASEAN countries

The supply chain map shows that the 1,000 biggest companies or suppliers in the world own more than 12,000 facilities (factories, storehouses and other activities) in areas which have had to apply lockdowns because of Covid-19, mostly in China.

The high concentration level in the supply chain explains the seriousness of the disruption, which is the reason behind the decline in international trade, because these global value chains make up 50 percent of international trade.

A representative of the World Bank affirmed that there is still considerable ‘room’ for improvement and development of global value chains in order to implement Vietnam’s ambitious development plan on becoming a high-income country by 2045 and narrowing the gap between Vietnam and developed economies.

However, Vietnam’s participation level in global and regional value chains remains modest. Vietnam is one of the most open economies in the world and has succeeded in attracting a lot of FDI.

Jonathan Pincus, a high-ranking advisor to UNDP, believes that Vietnam will continue to be an attractive destination for multinationals that are seeking low-cost export platforms in the context of Chinese workers’ wage increase and the China-US trade war.

However, the expert recommended that Vietnam focus on attracting FDI projects that can bring higher added value, rather than labor-intensive projects.

He believes that when Vietnamese income and purchasing power increases, FDI will flow more strongly to Vietnam to exploit the lucrative market.

Carolyn Turk, the World Bank Vietnam Country Director, noted that the world is changing and so is Vietnam.

“The world is facing the biggest shock since World War II,” she said.

Vietnam does not necessarily attract much FDI capital, but it should focus on optimizing the use of FDI, technology transfer, and improvement in its capabilities.

Bac Lieu ranked first among 63 provinces and cities in term of foreign direct investment attraction in the first nine months of this year, with projects including an LNG-to-power project worth US$4 billion from Singapore.

Vietnam has become one of the world’s fastest growing economies since the country first opened up to foreign trade and investment more than three decades ago,