When VinSmart announced the withdrawal from the smartphone market, Nguyen Tu Quang, CEO of BKAV Corporation, the manufacturer of BPhone, showed his regret. 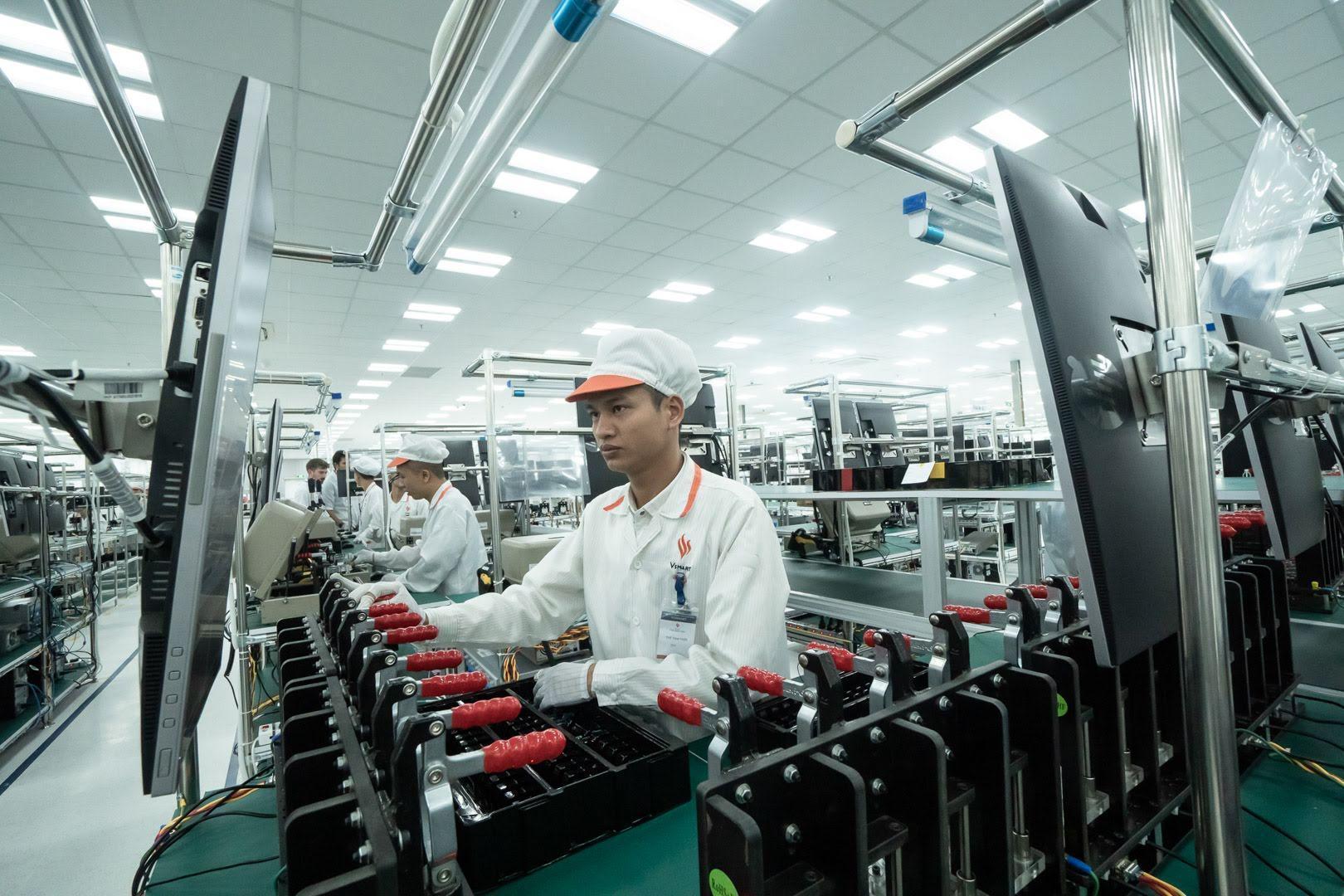 Three years before that moment, when Vingroup joined the smartphone manufacturing industry, Quang said he was no longer alone. He has become alone again: BPhone is the only Vietnamese smartphone brand still existing in the market.

VinSmart left the market when it was in its most prosperous development period. It once ranked third in Vietnam’s smartphone market with 16.7 percent of market share, which few companies in this position could do in the last half decade.

In Q1, 2021, VinSmart still held 9 percent of the smartphone market share, the same as Apple, Xiaomi and Vivo.

Vingroup has every reason to give up the smartphone and TV manufacturing divisions. Analysts say that one of the reasons is the stiff competition of the Vietnamese smartphone market.

VinSmart obtained 10 percent of market share just after two years of debut. Before VinSmart’s appearance, the Vietnamese smartphone market was dominated by Samsung and Oppo. They once held 60 percent of market share, while manufacturers in the third position held 5 percent and could hardly get 10 percent. It was never easy to jump into the third position in the last 6-7 years.

Many people hoped that VinSmart would be a powerhouse of Vietnam’s smartphone manufacturing industry. Just after three years, Vinsmart was available in all distribution channels and held a large market share.

However, VinSmart understood that it had to struggle in a very competitive market. Apple, Xiaomi and Vivo had similar revenue, while Realme, at that moment, was coming closer to the 8-9 percent market share threshold.

Because of the stiff competition, Samsung, the No 1 player in the market, saw market share decrease to 32.3 percent in Q1 2021, losing 10 percent compared with its peak days.

Samsung and Oppo are leading the market and leaving other rivals far behind. Xiaomi, Apple, Vivo, Realme and VinSmart are holding equal market share. This means that they have to compete with each other, for the third position, and with the two leaders as well.

In fact, the stiff competition in the market has existed for many years. Because of the competition, the Vietnamese brand Mobiistar and foreign brands such as Sony, LG, HTC, Asus and Lenovo had to leave.

Joining the market in 2009, Mobiistar mostly provided low-cost and mid-end products. It once was among the top 5 brands in Vietnam, with market share of 6 percent.

However, its prosperous period did not last long. Chinese brands, including Xiaomi, Vivo and Huawei, succeeded in launching a series of models with good design and low prices, targeting young users.

The presence of the Chinese brands, which changed design regularly and launched new products monthly and quarterly to attract youth, then seriously affected their rivals, including international brands such as Microsoft (Nokia), LG, Sony, HTC and Asus, and the Vietnamese Mobiistar.

In mid-2018, after realizing that the domestic market was too competitive, Mobiistar planned to conquer the Indian market, but the plan failed.

Since then, Mobiistar phones of the manufacturer which once made heavy investment and could compete equally with foreign brands, have disappeared from shelves.

One year before Mobiistar made debut, Q-Mobile, a Vietnamese brand of ABTel, was present in the market. It once held up to 20 percent of feature phone market, second just to Nokia.

But later, when mobile phones with touchscreen and smartphones with high technology content became fashionable, Q-Mobile had to leave the market.

Besides Mobiistar and Q-Mobile, Vietnam once had other brands, made by powerful telecom carriers - VNPT and Viettel. However, at this moment, BPhone is the only Vietnamese brand existing in the market.

Experts say that smartphone manufacturing is the ‘red ocean’ which has sunk a lot of big technology brands. However, many other technology firms are still eager to master smartphone technology.

BKAV’s Nguyen Tu Quang said that if a firm can master core technology when researching, designing and manufacturing smartphones, this means that it can master the most difficult and advanced technologies in the world.

It is a growing tendency that everything is integrated into smartphones, so the latest technologies will still relate to smartphones. Smartphone manufacturers will also be able to make many other products derived from these technologies.

"Countries need to master all these technologies if they want to become the next dragons," Quang said.

When IoT is present at every corner of the life, the firms which master technologies to make smartphones will have the biggest advantages to manufacture IoT devices.

Vietnam’s BKAV has begun exporting its first batches of smart cameras to the US. Vingroup has announced it is developing smart features on transport means and homes, and develop electronic products and entertainment features for VinFast cars.

The smartphone door has closed, but a new door – IoT – has opened to Vietnamese technology firms.

Mobiistar, Vsmart and Bphone in recent years have been trying to enter the world market, but their stories and results have varied.

Non-touch temperature screening kiosks and cameras as well as software modules using Artificial Intelligence (AI) and Internet of Things (IoT) should be set up in high-risk Covid-19 locations, including quarantine areas, experts have said.

icon
Will students return to school in November?
icon0