Recovered F0: 'I once thought of giving up'

After a few days of fighting Covid-19 at home, Le Van Thanh Tung was brought to the hospital in a state of respiratory failure, where he spent a 10-day treatment and sometimes thought of giving up. But he is now recovering. 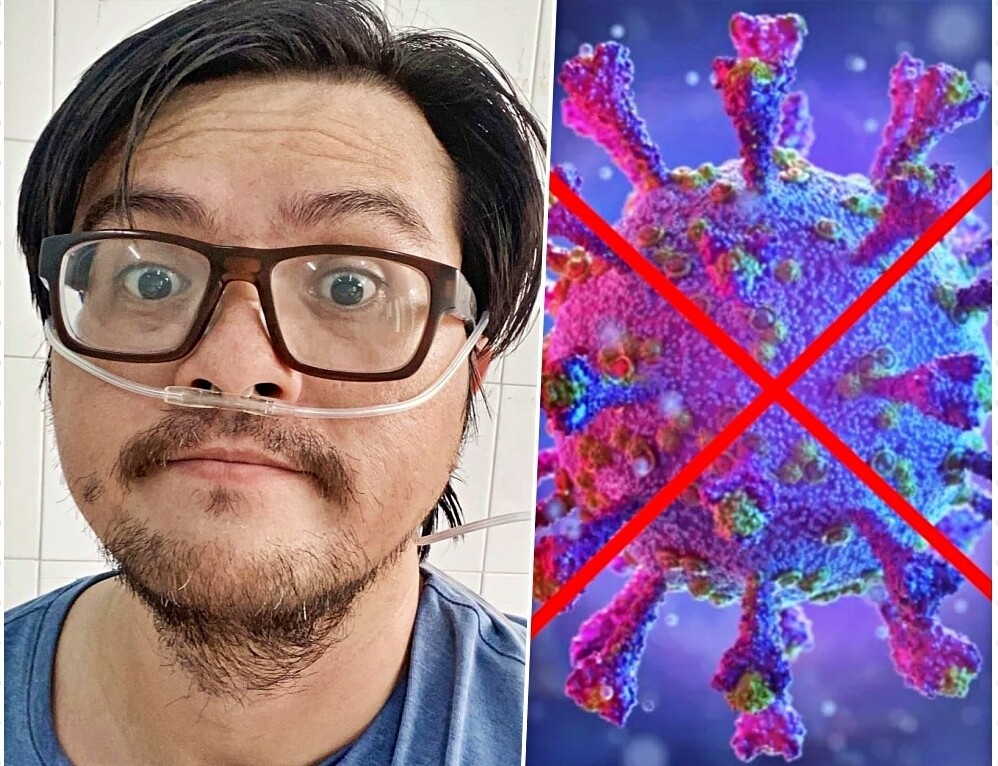 Lying on his sickbed, Tung recalled the moment of waiting for an ambulance to come to take him to hospital.

After being discovered positive for coronavirus, he decided to spend quarantine at home and treat himself as advised by friends who work in the healthcare sector.

Tung prepared antipyretic, Vitamin C and drugs that help improve resistance. Three days after being tested positive, he had a fever.

During this time, he took antipyretic, drank a lot of water, had nasal and throat inhalation, and gargled with salt water. After seven days of taking these measures with patience, his symptoms reduced significantly. However, he completely lost his sense of taste and smell.

Two days later, his health conditions became serious. “That evening, I began suffering from respiratory failure and I could not breathe normally. I still breathed, and I felt the air come in, but I felt the lungs could no longer receive oxygen. I was breathing fast like a fish on land. I could only open my mouth to get air, but I was still feeling suffocated,” he recalled.

Realizing that he could not struggle with the disease at home, his family members decided to call emergency service. After some minutes, an ambulance of a hospital in District 7 arrived. Tung nearly lost consciousness.

“At that moment, my oxygen index was just 80 percent. One needs medical intervention when the index is below 93 percent,” he recalled.

“The ambulance took me to the hospital in District 7. I was brought to have rapid Covid-19 testing, lung imaging and PCR testing. Finally, I was hospitalized for treatment. And the hardest days began,” he said.

Tung could not move in the first two days at hospital. He felt as if his two lungs were damaged by coronavirus. He could only lie on his back to catch his breath.

All activities exhausted him. “Any move, though they were small, such as turning around, or sitting up, were like torture for me. I would lose breath and lack oxygen even when I turned around slightly,” Tung said.

“My back ached so I couldn't move. I kept falling asleep, and slept fitfully in a room full of patients amid a lot of noise and heat,” he added.

The body pain and feeling of suffocation tormented Tung every night. Going to the toilet was a challenge and a threat to him as well as other patients.

“There was a toilet at the end of the corridor. I only dared to go there once a day, because I did not have enough oxygen to go far. I always had to prepare many things before going there, putting a pair of slippers on the floor and counting steps. I had to go there quickly, and return to my room quickly,” he recalled.

As he lacked oxygen, he had to sit to catch his breath in the middle of the corridor.

He felt pain in the chest, as if the air could not get inside. After resting for a while, he returned to his room and then continued to lie down and gasp for another 10-15 minutes before he could breathe normally.

To improve his conditions, he was given oxygen by physicians. He had to change 3-4 oxygen tanks each night. And sometimes, because of exhaustion and lack of oxygen, he thought of giving up, because "it hurt so much and I felt I could not stand anymore".

But he eliminated the negative thoughts immediately. He is young and needs to take responsibility for his family and society and he must not surrender to illness. And he patiently followed the instruction by physicians.

On the fourth day, physicians allowed him to use the ventilator sent to the hospital by his family. That night, he had more oxygen, but he still had to lie immovable on the bed and could not move, or he would suffer from oxygen reduction.

On following days, he needed a ventilator 24/24. Without ventilators, he would fall into an extremely serious situation because of lack of oxygen.

However, Tung regained his optimism when physicians told him that lungs will recover.

On the ninth day, he could feel positive changes inside his body. Sometimes, he turned off the ventilator for minutes to breathe naturally. He could turn his body and go to get a drink. He realized that he could go and come back to his bed without shortness of breath.

Be afraid of disease

Tung is still at hospital. He feels better though he is still tired. He now can sleep overnight.

“Reports show that 80 percent of patients will recover on their own, while I am among the remaining 20 percent. Be afraid of disease. Try to follow strictly the 5K principle. Wear protective masks and take all possible measures to protect yourself because the infectious ability of the Delta variant is extremely dangerous,” Tung said.

A total of 8,429 new COVID-19 infections were reported in Vietnam on August 3, increasing the caseload since the beginning of the pandemic to 170,190, according to the Ministry of Health.