Pushing out the boundaries of sustainable maritime economy

With its long coastline, Vietnam has immense potential to develop its maritime economy. However, a multitude of issues related to pollution and waste need careful handling.

Among the world’s top three exporters of seafood, Vietnam demonstrates obvious advantages thanks to its sea, coast, and islands. Stretching along more than 3,260km and featuring over 3,000 islands, including the Spratly and Paracel Islands, Vietnam possesses huge potential to develop the economy in terms of seafood, tourism, minerals, and logistics.

Data from the Directorate of Fisheries under the Ministry of Agricultural and Rural Development shows that the country has more than 2,000 different fish species, 100 of which have high economic value with annual fish reserves of about five million tonnes.

There are more than 37,000 hectares of water surface along the coast that can be used to cultivate export specialties such as shrimp, crab, and seaweed. In addition, there are also more than 50,000ha of shallow bays and lagoons which are very favourable to raise fish and other sea specialties.

Data by the Ministry of Industry and Trade showed that due to the coronavirus, the country’s seafood exports reached 160,000 tonnes in May and 721,500 tonnes in the first five months of 2020, with a value of $620 million and $2.8 trillion, respectively. In 2019, the total production of Vietnam’s fisheries was 3.77 million tonnes, over half of its natural reserves.

Meanwhile, Vietnam boasts hundreds of beautiful beaches, including Danang beach that was voted by Forbes Magazine as one of the most attractive beaches on the planet. There are many pristine bays, beautiful caves, and lush tropical year-round islands like Phu Quoc or Con Dao. Seven of Vietnam’s 13 world heritage sites are in coastal areas, as are six of its eight biosphere reserves, and many of its national parks and nature conservation areas are also concentrated in coastal areas.

The abundance and diversity of natural resources and typical features of the sea and islands have created great potential and comparative advantages for Vietnam’s tourism. But the country’s sea tourism in itself has not been favoured by foreign tourists compared to destinations elsewhere.

“Right now, Vietnam has not got any real tourism seaports. Infrastructure leading to coastal areas in Vietnam and communications about sea tourism in Vietnam is still limited,” said Do Cam Tho, deputy director of the Planning and Finance Department under the Vietnam National Administration of Tourism (VNAT).

Along with cultivating fisheries and developing tourism, Vietnam’s sea transport and mineral exploitation and processing have not been commesurate with its potential.

Close to international and regional maritime routes, Vietnam is in the centre of an area of high economic development and a bridge between many economic and political powers in the world. There are some 114 estuaries and about 52 deep bays along the Central Coast and more than 100 locations where big seaports can be built, providing favourable conditions for Vietnam to develop the maritime industry and logistics. However, so far, Vietnam has mostly been involved in domestic shipping and holds only 7 per cent of the international market with major routes to China, Japan, South Korea, and Southeast Asia.

“Vietnam’s container fleet operates mainly on short routes in Southeast and Northeast Asia, or as feeders in some countries in the region, not yet increasing the market share of import and export freight,” said Nguyen Dinh Viet, deputy director of the Vietnam Maritime Administration.

Meanwhile, according to the General Department of Geology and Minerals, despite having 35 types of minerals with different reserves, Vietnam mostly exploits and exports raw minerals of fuel, metals, construction materials, precious and semi-precious stones, and liquid minerals. Famously high quality, oil has been the leading source of revenue for the state budget. With 4.4 billion barrels of crude oil reserves, Vietnam is the second-biggest country in East Asia, third in Asia, and 28th globally in terms of the volume of discovered oil.

In addition, many types of rare and precious minerals have also been discovered in Vietnam’s sea. Besides, tidal, wind, and wave energy from seawater are also abundant.

Although not the first choice for most visitors for marine-based tourism, over the years the Vietnamese government and local authorities have tried to change this by paying more attention to developing maritime tourism with clear changes. As such, hotels, resorts, and entertainment areas are increasingly appearing along the coast from north to south.

According to the VNAT, the coastal regions have nearly 1,400 accommodation facilities that supply more than 45,000 rooms, especially 3-5-star hotels to meet large delegations and business-centric tourism.

Aiming to be in the group of countries with the most developed sea tourism in Southeast Asia in 2020, Vietnam has put into operation a wide variety of sports and recreational services including boating, sailing, windsurfing, beach football, and volleyball. The stunning seaviews can also be viewed from above by rollercoaster, hot-air balloon, paraglide (in Nha Trang and Danang), or by helicopter (in Halong Bay) and are the favourite activities of many tourists.

This increasing development of sea tourism has not only drastically changed the appearance of many coastal localities, and impacted the living environment of sea creatures, but also partly created a large amount of waste, particularly plastic.

According to Greenhub, plastic waste accounts for 80 per cent of the total solid waste at 30 beaches from the northern province of Quang Ninh to Con Dao Island in the southern province of Ba Ria-Vung Tau.

Pham Van Son, director of SOS Environment, a centre responding to environmental incidents, said that increasing sea transport is one of the crucial causes of oil spills. “Since 1992, there have been 190 oil spills in Vietnam, 37 of which occured offshore; 88 at the coast; and 65 onshore,” he said.

According to local authorities, at many monitoring points the coastal environment was contaminated due to waste water generated from the food processing industry, beverage production, and shipbuilding industries.

Meanwhile, research results from some international organisations recently show that overexploitation of marine resources without sustainability has led to exhaustion or even disappearance many exploited fish types.

Vietnam is aiming towards a strong and sustainable sea economy. Challenges of degradation and environmental pollution, biodiversity reduction, and climate change have seriously threatened marine health worldwide as well as in Vietnam.

According to Minister Ha, the maritime industry must change from exploiting nature to investing in organic connecting chains, from inland to offshore, reducing pollution sources from inland. “We must limit using out-of-date technologies along with promoting recycling, reusing, and the circular economy so that the waste of this industry will become material for the others, reducing waste discharge into the environment,” Ha said. “We must restructure these industries with priorities for marine tourism, renewable energy, sea-biotechnology, and marine medicine along with traditional industries.”

Besides that, Minister Ha also said that developing the green marine economy must effectively bring into full play the identity, historical values, and ethnic culture of Vietnamese people in different regions.

Prime Minister Nguyen Xuan Phuc has recently issued a decision to establish a national steering committee to implement Viet Nam's marine economic development strategy by 2030, with a vision to 2045.

Cutting costs is critical for the maritime transport sector, which is seeing a slowing down in activities due to the COVID-19 pandemic. 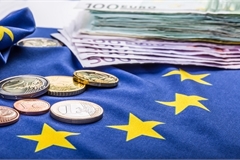 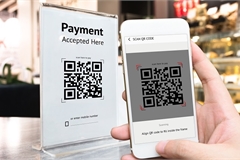 icon
Chance of a lifetime
icon0