Vietnam is at T-junction

“Vietnam doesn't have other options other than moving forward. Frankly, Vietnam must move forward,” said Ousmane Dione, the Vietnam Country Director for the World Bank.

Under the framework of the ‘For a Powerful Vietnam’ forum initiated by VietNamNet, Ousmane Dione spoke to VietNamNet about barriers to development and the path Vietnam needs to follow to reach prosperity. 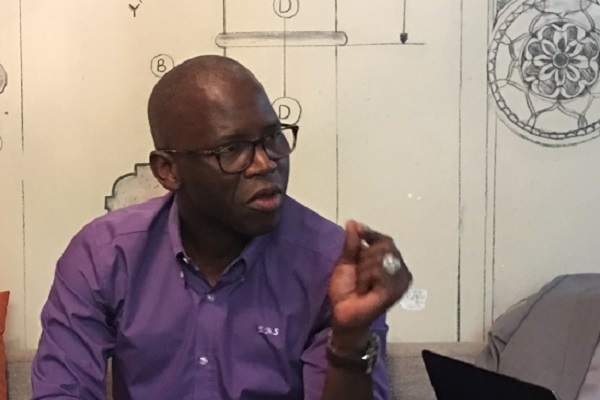 Ousmane Dione, the Vietnam Country Director for the World Bank

I have a book on my desk written in French called Histoire du Vietnam, or Vietnam’s history. You won all the wars in history including the ones against the Mongols, Chinese and other enemies. However, you must admit that there are still rocks blocking the way and sometimes you bump into them. Why don't you ask yourself why this block is here so you can discard it.

Vietnam is at a T-junction

You talk about Vietnam’s success and I think you are right. More than 30 years ago, we lived in poverty. However, 33 years have elapsed since we initiated doi moi (renovation) and 44 years have elapsed since the country's reunification. This was long enough for East Asian countries such as South Korea and Japan to become leading developed countries. But we have failed to reach the goal of industrializing the country; Vietnamese enterprises are still at the bottom of the global supply chain. We mostly import raw materials to do outsourcing to get jobs, and we cannot make high added value products. State-owned enterprises are still large, while private ones cannot grow. The agricultural sector, which is considered Vietnam's strength, still has to rely heavily on imported seeds and fertilizers. The laws are plentiful, but enforcement is weak…

The points you mention are all true. But I don’t agree with you when you repeatedly say ‘we cannot’. Vietnamese people and Vietnamese leaders don’t live together with the words ‘we cannot do this’.

In my view, Vietnam can and must do it. What are the conditions for Vietnam to do it? That is why I said that if Doi Moi brought Vietnam to today, we now need a 4.0 Doi Moi. I mean what brought you to today is no longer suitable and it has fulfilled its mission.

The current model has reached its critical point and we need a new model. We can't go on and do the same thing today because the world is changing so fast. The countries you mention above - Taiwan, South Korea and Japan - didn't apply exactly the previous model to get what they have today. They also have to change and adjust. 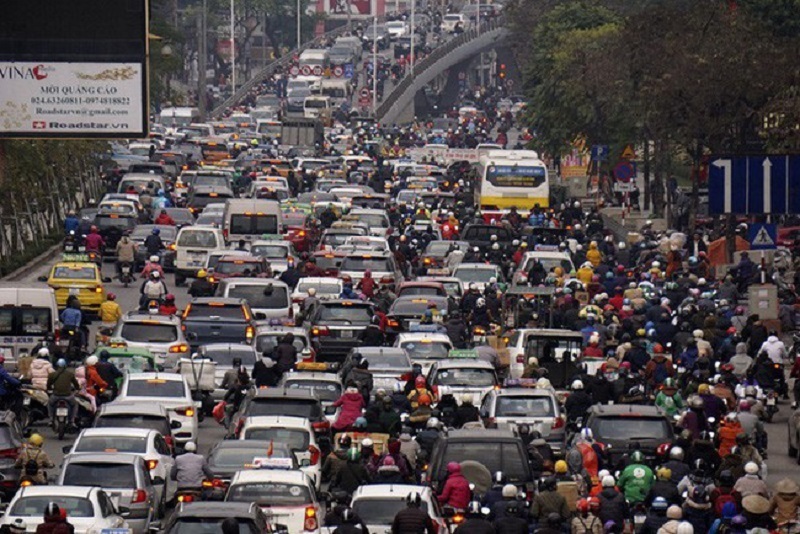 The World Bank has and will make many recommendations on a series of reforms for Vietnam in building its socio-economic development plan. We are working with the Ministry of Science and Technology on an innovation strategy. Innovation needs to be integrated into Vietnam's development plan.

In agriculture, for example, Vietnam cannot continue organizing agricultural production in the next 10 years with the same land management method it applied 20-30 years ago.

The way of approaching education is also important. Today's generations with today's levels of education cannot be trained in the same way that previous generations were trained.

It is true that it necessary to reconsider some aspects of the legal system, but the legal system alone won’t help settle the problems. You know, Vietnam has many good laws and legal documents. However, the problem is how to enforce the laws successfully. And when you realize that there are barriers on the way, you need to make flexible adjustments.

In your question, you mention the problem of low added value and I agree with you. However, if Vietnam doesn’t import seeds from China, it will have to take risks to carry out research and development. If you do not have capacity, would you take risks to innovate to get suitable types of seeds for agriculture?

I can tell you about my own experience. I lived in countries like Peru and Latin America. Those countries are engaged in agriculture and only pay attention to agricultural innovation. They invest in renovating varieties and preventing epidemics affecting coffee, corn and beans. Of course, their agricultural products are not bad.

The problem is, they do not pay much attention to the whole production process. Their agricultural products are not processed. Other countries buy their export products, and process the products to create value two or three times higher.

I understand what you say. And I understand the legitimate desires of the Vietnamese people. The problem is that they don’t want things tomorrow, but they want it right now.

I mean that Vietnam's economic development has reached the critical point, but solving problems is sometimes beyond the economic sphere…

You want everything to be done and fulfilled immediately and new things must be better than previously. But development is not a straight way. Under current conditions, in order to successfully become an average income country, Vietnam needs to invest in infrastructure, human resources, innovations and technologies, and you cannot avoid making investment in research and development.

There is another option. Vietnam can rely on the import of capital and human resources. This is also a strategy. But if you choose that way, you will rush headlong into a wall and you won’t be able to move forward. I said at the Vietnam Business Forum that Vietnam is at a T-junction.

This is an interesting warning. Some people say we have stayed for a long time at a crossroads, because if going forward, we will follow capitalism, and we cannot step back. Could you please elaborate on this dilemma?

My advice is as I have said. This might not be an easy road to follow, but we know it will lead to success and turn Vietnam in to an average income country.

I see the dilemma. Vietnam doesn't have other options other than moving forward. Frankly, Vietnam must move forward. But in order to move forward, you need many things.

In my closing remarks at the Vietnam Business Forum, I took an example of a young 21-year-old couple. First of all, one has to have a head, or thinking, that is innovation, creation. Strategic thinking is required. But you also need a heart, which is the private sector. Private businesses can do a lot of things well. If you can attract private businesses to implement the agenda, you will allocate domestic resources very effectively. You will have more resources to invest.

We are at a T-junction. We cannot stay here forever, because there are many people who always try to outstrip us. If we continue staying on the roads, others will crush into us. So, we have to move forward. It is necessary to renovate the system, to find out what the government needs to do and always keep an eye on the private economic sector.

You have just talked about recommendations for Vietnam’s reform. What are they?

On the macro level, Vietnam needs to continue focusing on modernizing the economy. This is very important. SOE reform is also important in a competitive world. There’s one thing I need to clarify that sometimes people think SOE reform means equitization. This is not true. The problem is that SOEs have to apply modern governance and modern methods to ensure financial sustainability.

There are successful SOEs in the world that do not need to be equitized, but operate privately. That is the difference. They rationalize resources, apply modern financial management and innovation. Those are things that need attention to boost the economy in the coming time. Vietnam's traditional approach has reached its limits and the challenges Vietnam faces.

The socio-economic development planning is very important. Vietnam has successfully escaped from the status of a low-income country. The old challenges of Vietnam no longer exist, so Vietnam must find a way to rise.

You also need to pay attention to environmental protection. According to our estimates, pollution causes a loss of 2.5 – 3 percent of Vietnam's GDP. One thing that people don't realize is that some of Vietnam's cities like Hanoi and HCMC have begun losing their appeal due to pollution.

The General Statistic Office (GSO) announced on August 16 that it has started a process to revise the country’s GDP calculation.

Vietnam’s gross domestic product (GDP) grew 6.76 per cent in the first half of this year, the second highest rate since 2011.