A young man has found a way to split fibers from leaves to use them as materials for textiles and garments. A teacher can turn rough granite slabs into lively pictures. 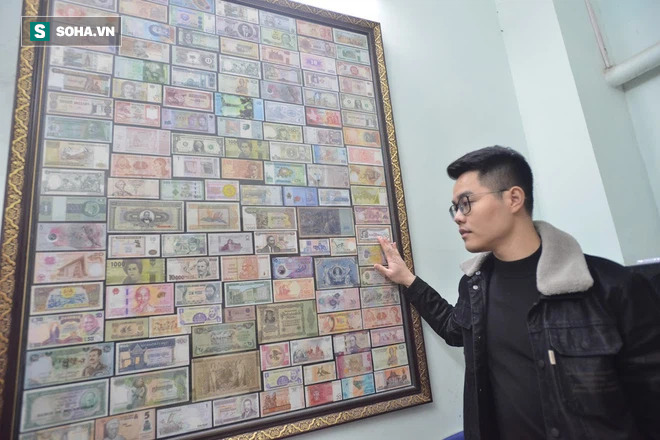 In an effort to improve the value of pineapple and ease pollution caused by pineapple leaves thrown away after crops, Nguyen Van Hanh, 31, from Quynh Luu district in Nghe An province, decided to quit his high-income job of vessel captain and return to his home village to grow pineapples and split fibers from the leaves.

The fiber splitting machine invested in by Hanh has a knife system inside which breaks the flesh and retain the tough silk of leaves. The machine can squeeze 2-3 tons of leaves a day. After that, the silk is soaked in pineapple vinegar, dried, spliced and spun.

“A lot of handbag manufacturers and fashion producers have ordered this fiber,” Hanh said.

Nam has made more than 150 stone pictures of different kinds, including portrait, landscape and word paintings. These stone paintings depict the beauty of the southern countryside. Each painting is priced from several million to tens of million dong.

Tran Ngoc Thang, 55, in Ba Dinh district, has been breeding ornamental fish for 20 years. He breeds fish in scrap bottles.

“When I began breeding fish, many people thought I was mad. They wondered why I had to breed fish for sale while I had 100 square meters of land which I could lease for big money,” he said.

However, Thang insisted on his passion for fish breeding. He realized that most ornamental fish breeders were carried from the south or from Thailand, he decided to set up an ornamental fish farm. Many 7-color fish and fighting fish have been provided to the market.

Thang has revenue of hundreds of million of dong from ornamental fish breeding.

Like his father, Huynh Minh Hiep in HCM City cherished the passion for ancient coins and banknotes since his childhood.

After 30 years of collection, Hiep now owns 10,000 ancient coins belonging to nearly 20 types of monolithic coins dating from the first to the 19th centuries. This is a collection of coins with historical value and a Vietnamese cultural imprint.

According to Hiep, ancient coins were usually put in jars for a long time, so they stuck together to form big blocs with odd shapes.

Hiep also collects banknotes. He now has collections of coins from 218 countries and banknotes from 222 countries.

In 2005, Hiep was recognized as owning the biggest collection of currencies in the world. Hiep also owns many valuable items on display at his 1,000 square meter coffee shop 1.

Phung Van Hung, born in 1990, is well known on TikTok for ancient coin valuation. His clips on assessing the value of unique banknotes have attracted millions of views.

Hung said he began collecting ancient coins when he was at university. The collection has grown after 11 years, comprising 1 million banknotes with the image of King Bao Dai, mascots and feng shui coins.

According to Hung, there is no specific rule in ancient banknote valuation. In general, the value of banknotes depends on their scarcity, origin and their state.

The most expensive banknote he once sold was a 100 dollar banknote with a series of eight 8's. He exchanged the bank note for one Honda SH scooter.

After 22 years of research, Phan Trong Hoan in Ben Luc district in Long An province, built a house made of rice husk and plastic waste, covering an area of 64 square meters. After seven years of use, the house remains waterproof, the paint is stable, and there is no sign of degradation.

Hoan now has 10 houses made of plastic waste in many cities and provinces. There is one house in an earthquake area, but it remains unaffected.

The special characteristic of the houses with no reinforcement, no mortar and no foundation is that they can be dissembled and moved to other places.

The National Office of Intellectual Property (NOIP) granted a patent of utility solutions to Hoan for his first house made of rice husk and plastic waste in 2013.

A lotus that can carry adults

Phuoc Kien Pagoda in Dong Thap province attracts many visitors because of a lotus pond. The giant lotus leaves can carry adult people weighing up to 100 kilograms.

The lotus with big and thick leaves are sourced from the Amazon in South America. The size of leaves change with the season. The diameter of the leaves is 1-1.5 meters in the dry season and 2.5 meters in the flooding season.

On April 1, Dat Ma, a cable-stay bridge in the northern province of Thai Nguyen, was opened to traffic for free after 15 years of toll collection.

As many as 2,500 military items and garments which originate from around the globe have gone on display at a private history museum located in Vung Tau City, with the collection being owned by 75-year-old Robert Taylor from the UK.