Commenting on the negative growth rate in Q3, Tran Dinh Thien noted that this reflects the real situation of the economy but there is a foundation for a strong recovery in the future. 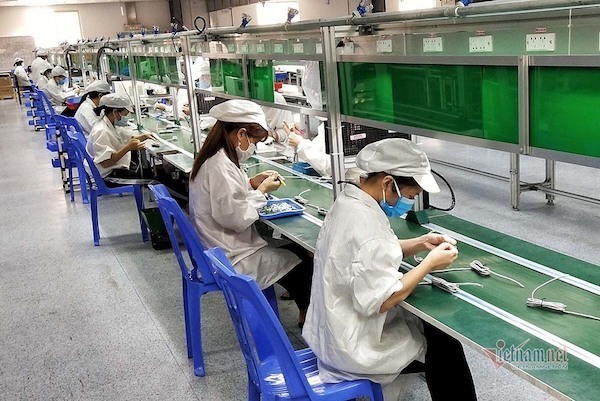 The General Statistics Office (GSO) has reported that GDP in the first nine months of the year grew by 1.42 percent. However, GDP in Q3 decreased by 6.17 percent compared with the same period last year, the sharpest fall since Vietnam began calculating and announcing quarterly GDP in 2000.

Thien said the growth decline in the first nine months of the year, when the pandemic broke out and seriously affected all fields of the economy, forcing localities to impose lockdowns, was unavoidable.

Amid the pandemic and Delta variant, maintaining a positive growth rate was an encouraging result for an economy with high openness and heavy reliance on the world market.

Nevertheless, the sharp fall in the growth rate is a warning. This shows weak management capability: a shocking upheaval would be enough to make the economy slide.

Vietnam maintained optimistic growth of 5.6 percent until the end of Q2. But when Delta variant appeared, the situation turned upside down. Thien stressed that the Delta variant has affected many countries, but they did not witness a strong reversal as Vietnam has.

The problems of the market economy which exist in the circulation of its resources – goods, labor, money and capital – have been recognized. Now policies are needed to help the economy overcome the bottlenecks as early and effectively as possible.

“I think the Government is making policies this way. That is a sign of a positive trend to come after a ‘step back’, which should be seen as a strong warning,” Thien said.

The economist believes that the current situation is temporary because it is caused by an unexpected factor – the pandemic. However, he warned that the adverse impact on the economy may last long as businesses have been seriously affected. The economy and business may not rebound immediately and it may take them a long time to recover.

He said that Vietnam is following the right strategy on fighting the pandemic which has improved the situation, creating confidence among the public. The Government is activating the process of reopening the economy in an active but cautious way.

Businesses are also aware of overcoming difficulties and have made great efforts to recover their activities. Businesses have been forced to find their weakness and clarify the problems they are facing to find the priority solutions.

The ‘fulcrum’ for growth which is being exploited by the Government is the foreign invested sector which can keep satisfactory growth amid the pandemic. Vietnam’s businesses should make a stronger approach to foreign invested enterprises (FIEs), join their supply chains, and take advantage of these relations to develop.

Thien also emphasized the importance of the expansion of public investment. This is a very effective way to ‘transfuse blood’ into the economy. However, because of confusing administrative procedures, problems in public investments won’t be removed overnight.

The Government has identified the problems and decided that solving them is a priority task. A special taskforce has been set up in charge of accelerating disbursement of public investments.

The Government, State Bank of Vietnam (SBV) and Ministry of Finance, are considering possible solutions to support enterprises in the best way. Never before has the private sector received such strong support. Businesses’ confidence about Government’s solutions is increasingly high and SBV is expected to apply more drastic measures to help enterprises.

Thien said the government should help enterprises and spend big money to rescue the economy.

He noticed that many strong points of enterprises have been found thanks to the pandemic. 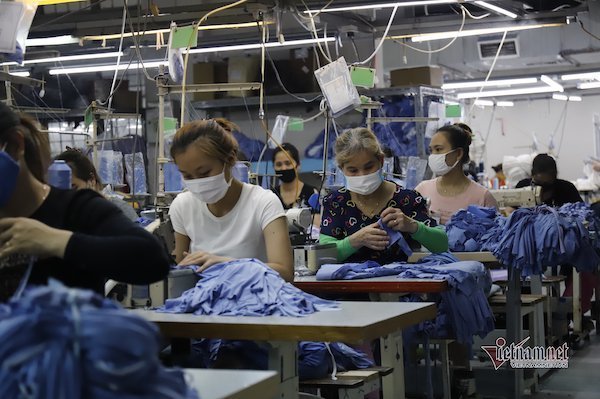 First, regional connections, which were weak in the past, have become stronger as enterprises have realized that this is an important factor for development.

Because of the unpredictability of pandemic developments, Thien predicted that Vietnam would obtain a growth rate of 3-4 percent this year and suggested policies to ensure the smooth operation of the market economy.

He stressed the need to ensure the smooth circulation of goods and proposed heavy sanctions on agencies and localities that hinder the circulation process.

Also, he stressed the importance of policies that help ease financial pressure on businesses. Some aid packages have been launched, but the problem lies in implementation and reaching workers and businesses.

Thien warned that capital access will be a big story during the economic recovery process.

“I know that banks need to be cautious when providing loans. But now is the time for us to have a daring approach to settle the problem of enterprises lacking capital,” he said.

“I think it’s necessary to set up a credit guarantee fund. The State should come forward and guarantee for enterprises to borrow money from banks,” Thien said.

Policymakers and economists are looking for resources to speed up the Vietnamese economic train that has stalled for the past three months.

Amid the difficulties caused by Covid-19, the Vietnamese entrepreneurial spirit remains and businesses are using every possible means to maintain production and adapt to the new circumstances.