Minister of Natural Resources and the Environment Tran Hong Ha recently spoke with VietNamNet about his five-year term on the ‘hot seat’, and about dealing with environmental incidents, preoccupations and plans. 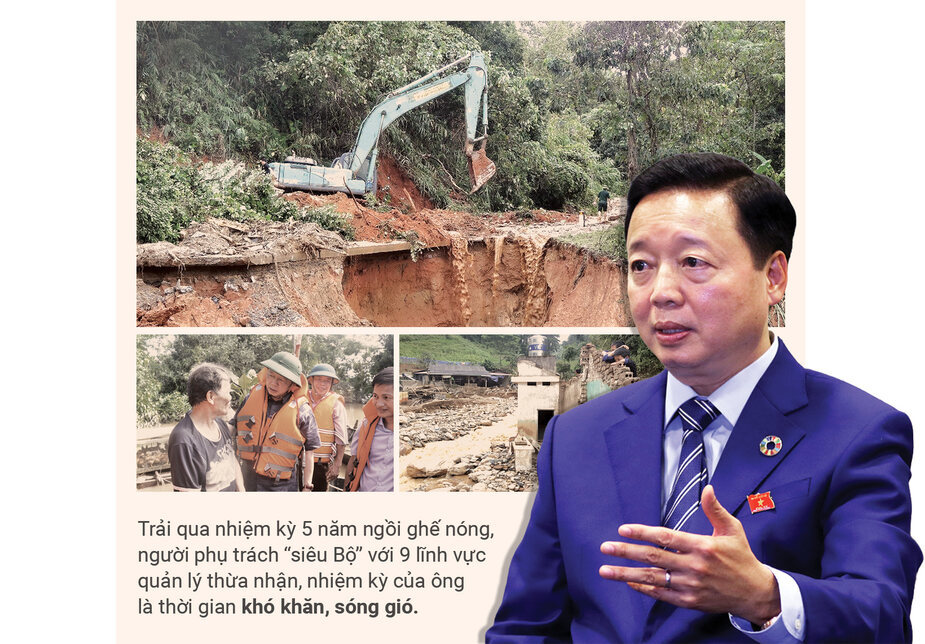 Minister of Natural Resources and the Environment Tran Hong Ha

At 6 pm on April 27, 2016, many reporters were seen gathering at the Ministry of Natural Resources and the Environment (MONRE) head office. They were waiting for the outcome of the meeting between the representatives of seven ministries and branches and the leaders of Formosa Ha Tinh, which caused the unprecedented incident.

Two months later, on June 29, 2016, the management board of Formosa Ha Tinh publicly apologized to the Vietnamese Government and people for the incident.

After Formosa, many events related to the environment occurred, including Vinh Tan Thermopower Plant seeking permission to submerge sludge and waste in the Hon Cau sea; drought and saline intrusion in Mekong Delta, anf landslides in the southern part of the central region; the leaking of mercury caused by a fire at the Rang Dong Light Source and Vacuum Flask factory; and waste oil spill that polluted the clean water supply source.

Having experienced a 5-year term, the head of the ‘super-ministry’ which manages nine different fields, admitted that his term was full of events.

“There were always burning issues in the fields under the ministry’s management. We were in a state of constant anxiety. We had to gather all strength to solve the problems,” Ha recalled.

Ha said that this was an important lesson in natural resources and environment management. Vietnam will have to pay a heavy price if it continues following the principle of developing economy first and treating the environment later. The Formosa incident was a lesson.

The lesson learned was that it was necessary to establish management tools for large-scale projects such as Formosa. This requires management agencies to learn international practice so as to approach technologies, and to have better capability to adjust policies and management tools.

In addition, it is necessary to reconsider the policies related to natural resources management and proactive adaptation to climate change. Environmental protection should be implemented under which prevention is the key.

“In dealing with problems in land, water, mineral resources management, we listened to localities to understand and solve the problems in a transparent and scientific way with simplified administrative procedures, while ensuring that natural resources could be used effectively,” Ha said.

Shifting from passive to active management

According to the Minister, with many policies and decrees, natural resources and environment management is no longer in passive way, but it is prepared methodically and comprehensively in policies, while the awareness of all levels and the people about the environment has been heightened.

In 2020, when the budget collection faced difficulties, the collection from land still fulfilled 133 percent of the plan, while minerals represented 112 percent.

Water resources have step by step been managed and used in a sustainable way, ensuring water security for multi purposes, with the focus on settling water pollution at big rivers.

The policies on responding to climate change have been implemented systematically with a strategic vision. The hydrometeorological forecasting has been modernized and improved to help ministries, branches and localities take the initiative in planning their production and business and has mitigated damages caused by natural calamities.

With support from the people, at the end of the working term, the viewpoints and management methods changed basically. The ‘brown economy’ and ‘brown energy’ models have shifted to ‘green economy’ and ‘green energy’, from unsustainable to sustainable economy, in which environmental issues have a considerable impact.

In an effort to better manage a wide range of nine fields, MONRE has been applying information technology largely in its operations, from management and instruction to monitoring to surveying.

“We are one of the pioneering ministries in building and forming a digital government,” Ha said.

At least 85 percent of people say they are satisfied about the public services provided by the ministry.

The Ministry of Natural Resources and Environment has built a digital tree map in Vietnam to serve the identification of planting sites as well as management and taking care of trees throughout the country.