The real estate market has begun cooling down after a long hot spell. 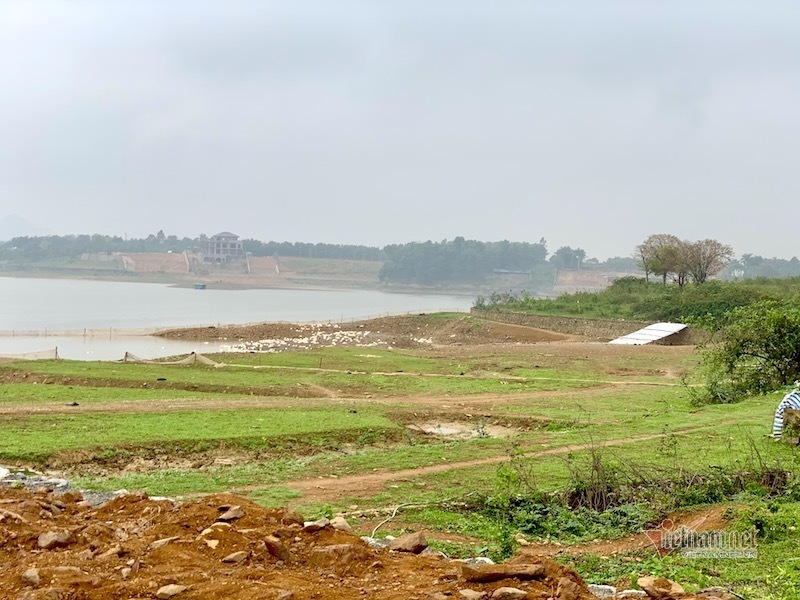 At the first quarter regular press briefing organized by the Ministry of Natural Resources and Development (MONRE) some days ago, Mai Van Phan, Deputy General Director of the General Department of Land Administration, said that land fever halted after local authorities were instructed to publicize information about urban development planning, land-use plans and land prices.

He said the department has received reports from some localities about the local land price performance and it is still waiting for more reports before analyzing the reasons behind the recent land fever.

At a conference reviewing management work in the first quarter of the year, Minister of Construction Nguyen Thanh Nghi said land prices fluctuated recently in some localities, but the market has stabilized following the Government’s instructions and local authorities’ drastic measures.

The phenomenon of people following the crowd to buy and sell land in many localities has subsided. In the districts of Binh Chanh, Nha Be, Cu Chi and Can Gio, land prices have gone flat after increasing by 5-10 percent in Q1.

The land prices in suburban areas of Hanoi and neighboring provinces, which surged in Q1, are leveling off.

Minh H, an investor in Hanoi, said in 2020 he bought some land plots at projects near the Dong Van Industrial Zone in Ha Nam. As the prices unexpectedly began soaring after Tet (February 2021), he would have made a profit of VND600 million or VND1 billion for each plot if he had sold them.

But he only sold one plot as he hoped that land prices would keep increasing, and he now regrets his decision. The land prices have begun falling and though he now only expects profit of VND200-500 million for each plot, he still cannot find buyers.

Anh, a real estate broker in Hanoi, said the number of calls and messages from clients has dropped in the last three weeks. Some of his clients have even given up transactions, and will lose their deposits.

Nguyen Van T, an investor in Hanoi, said it is not easy to find property buyers now as land fever has begun to subside. Now is the right time for investors to reconsider their financial capability and cash flow to make decisions on whether to retain properties.

The Vietnam Association of Realtors (VRA) believes that apartment prices in Hanoi and HCM City in Q2 will remain unchanged. It is expected that the new products to be launched during this period will have more reasonable selling prices.

With the drastic measures taken by local authorities recently, land prices won’t be higher than Q1. The prices may even decrease in some localities as speculators want to sell land to stop losses.

Observers note that the number of transactions in the real estate market has decreased considerably, but there are no signs of speculators selling off properties.

The director of a real estate trading floor said the prices at some planned and publicized projects are staying firmly at high levels. Meanwhile, it is difficult to sell land in projects with unclear legal status, or ones located in areas with unclear development programming.

He said that discounts have not occurred yet because real estate investment cycles last from six months to one year in general. Only when this cycle finishes will investors have to bargain real estate away to take back their investment capital and get money to pay bank debts.

Phan from the General Department of Land Administration under MONRE said that it was necessary to learn a lesson from the recent land fever.

“Land brokers took advantage of loose management to push the prices up,” he said.

The land rent in industrial zones has seen a year-on-year increase of 20-30 percent, according to CBRE Vietnam.