A lot of real estate traders have missed opportunities to make huge profits because they decided to postpone purchasing plans, hoping that prices would decrease further.

The investors sought ‘bottom fishing’ opportunities as they thought prices would continue decreasing in the context of Covid-19. 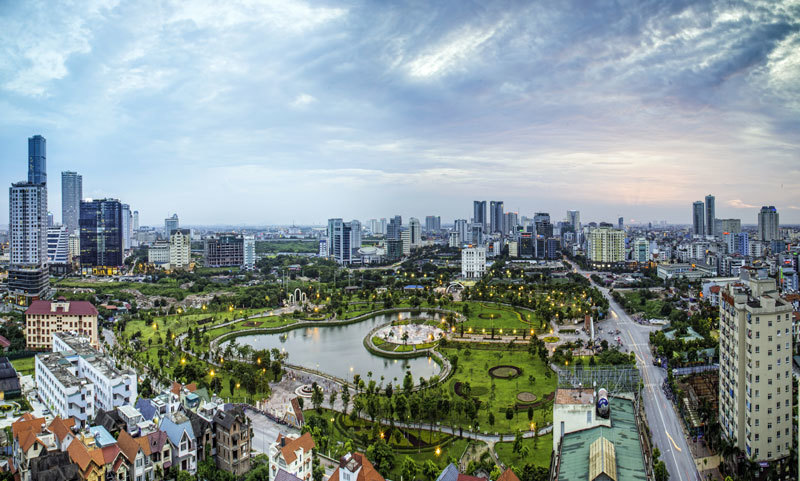 However, contrary to all predictions, the real estate prices have been staying firm or have increased slightly.

Nguyen Minh Tuan in Ba Dinh district in Hanoi heard earlier this year that a 100 square meter land plot in a new district with good infrastructure conditions was on sale. At that moment, the price was VND40 million per square meter.

The landlord wanted to sell the land urgently. However, Tuan cancelled the purchase because he thought the real estate prices would be cheaper in the future.

The price of the land plot soared to VND45 million per square meter. A local broker said the prices of all the land plots in the area have increased by 10-20 percent compared with earlier this year.

“If I had bought the land, I would have made a profit of nearly VND1 billion just after several months,” Tuan said.

Nguyen Mai Thanh in district 3, HCM City, also regrets her decision not to buy an apartment in district 8.

Thanh said she and her husband in April intended to buy the apartment of 60 square meters, priced at VND2 billion, because it was affordable and in good condition.

However, they finally decided not to buy the apartment after reading local newspapers which said that a lot of apartment projects would be open for sale in the future. They believed that the plentiful supply would force the market prices down.

In June, they could not find anything affordable for them. When they contacted the owner of the apartment in district 8, they found that the apartment was sold in April and could not be bought at a price below VND2.5 billion in June.

Nguyen Hoai An from CBRE Vietnam, said properties are long-term investment products. It takes investors 2-4 years on average to acquire land, build apartments and launch products into the market. Meanwhile, the pandemic started just this year, a short time for investors to adjust the selling prices.

According to Trang Bui from JLL Vietnam, the semi-detached house market continues witnessing new price records. The selling price has increased to $5,277 per square meter, or VND121 million per square meter, up by 36 percent yearly and 5 percent quarterly.

The newly launched projects are offering prices higher than the average level. This once again affirms investors’ confidence in the purchasing power when there is a shortage.

“The real estate prices won’t decrease, especially in the eastern part. The prices of affordable and mid-end market segments will rise considerably thanks to good news,” Quang said.

He also believes that there are many opportunities for those who invest in high-end properties. It is the right time for investors with powerful financial capability to buy luxury properties to sell later when Covid ends.

The Economist also commented that while the pandemic has seriously hit the global economy, it hasn't affected real estate prices.

Though prices are escalating, An from CBRE believes that there won’t be a ‘real estate bubble’, saying that foreign investors, when comparing the real estate prices in HCM City and regional cities, will see the great potential for growth in Vietnam’s real estate in both the market and price.

There is a trend of real estate developers moving their investments from big cities of Hanoi and HCM City to other localities, experts have said.

Individual investors are increasingly buying real estate bonds and land rather than depositing money in banks, which have reduced interest rates on deposits.