Highways open to traffic, clear the way to more development in Mekong Delta

A number of highways have opened to traffic recently in the Mekong Delta, which has a regional population of 20 million. 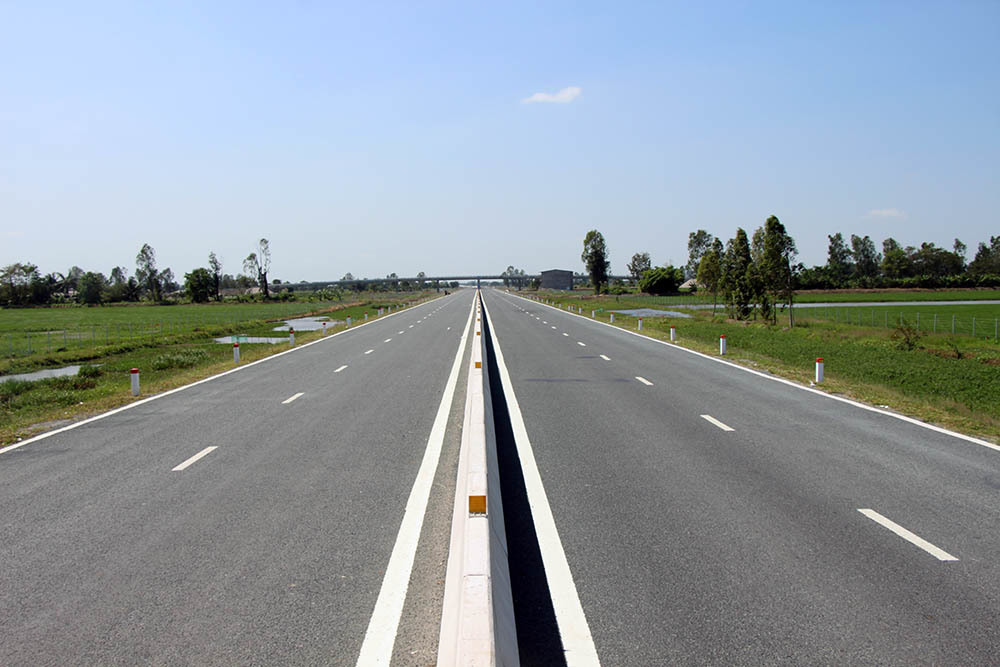 On the first days of the new year, Prime Minister Nguyen Xuan Phuc issued a decision to start the construction of the My Thuan – Can Tho Expressway which connects the Trung Luong – My Thuan Highway, and to inaugurate the Lo Te – Rach Soi route.

The My Thuan – Can Tho 6-lane expressway, with total investment capital of $209 million, is expected to be put into operation in 2023.

These projects are expected to settle the ‘bottlenecks’ in transport infrastructure in the Mekong Delta for socio-economic development. They will contribute to improving locals’ lives and shortening the time needed to travel from HCM City to Mekong Delta provinces.

The highways will also help connect the traffic of Mekong Delta with HCM City in a comprehensive way, opening a new development space for the western part of the southern region.

Before these projects opened to traffic, the entire Mekong Delta had only one highway, the HCM City – Trung Luong, 50 kilometers long, not enough for the development prospects of the Mekong Delta, which makes up 50 percent of total food output, 65 percent of fruit and 75 percent of seafood output of the country.

Experts believe that problems in transport make it impossible to fully promote the great potential and lead to high logistics costs.

The development of transport infrastructure in the region will help save time and reduce logistics costs for enterprises and people.

According to Minister of Transport Nguyen Van The, transport is the ‘blood vessel’ of the economy. Where transport develops, the local economy will develop accordingly.

That is why the Party and the State have been gathering strength to develop infrastructure in the region.

Many large projects and transport works have been completed recently and put into operation, including the Cao Lanh, Vam Cong Bridges, and Lo Te – Rach Soi highway.

According to The, in 2021, the Ministry of Transport (MOT) will start the construction of the bypass in Long Xuyen City (An Giang province) and Rach Mieu 2 Bridge (which connects Tien Giang and Ben Tre). The Ministry is joining forces with municipal and provincial authorities to develop a transport system for Mekong Delta.

“MOT is joining forces with cities and provinces to build up a plan to kick off the Can Tho – Ca Mau Highway project, Chau Doc – Can Tho – Soc Trang and Highway 30, connecting Cao Lanh City in Dong Thap and An Huu In Tien Giang in the next five years,” The said.

“Once Highway 30 is completed, people from Rach Gia City in Kien Giang will be able to go by highway to HCM City,” he explained.

Also according to The, the highway connecting HCM City and Can Tho City will be completed by 2023.

Chair of Vinh Long Lu Quang Ngoi said the My Thuan – Can Tho Highway will help ease the overloading of Highway 1, contribute to development in the Mekong Delta, and ensure national defence and security for the cities and provinces in the region.

Ngoi believes that once the My Thuan – Can Tho route opens, the number of traffic accidents on Highway 1 will decrease. The provincial authorities will apply measures to speed up site clearance so as to hand over the site to investors so they can execute the project on schedule.

“This is a key transport infrastructure for Mekong Delta. It connects the region with airport, seaport and border gate, thus helping to develop the regional economy,” he said.

The formation of highways will help the Mekong Delta become a sustainable, dynamic and effective agricultural economy of the country.

Speaking at the groundbreaking ceremony of the My Thuan – Can Tho project, PM Nguyen Xuan Phuc said many important works in the country’s transport development strategy have been implemented in Mekong Delta's 13 cities and provinces, which shows the great efforts to implement Resolution No 120 on regional development.

More national highways were open to traffic in an effort to reduce traffic congestions in the Mekong Delta.

Ministry invests in repair of highways in Mekong Delta

The Ministry of Transport said it has invested 800 billion VND (34.5 million USD) for repairs and upgrades to national highways in the Mekong Delta this year to ensure traffic safety.