High-school final exams are over as families sigh with relief

At 3.30 pm July 8, the time for the English exam, the last exam for the 2021 high school finals ended, and the exam organizers felt relieved. 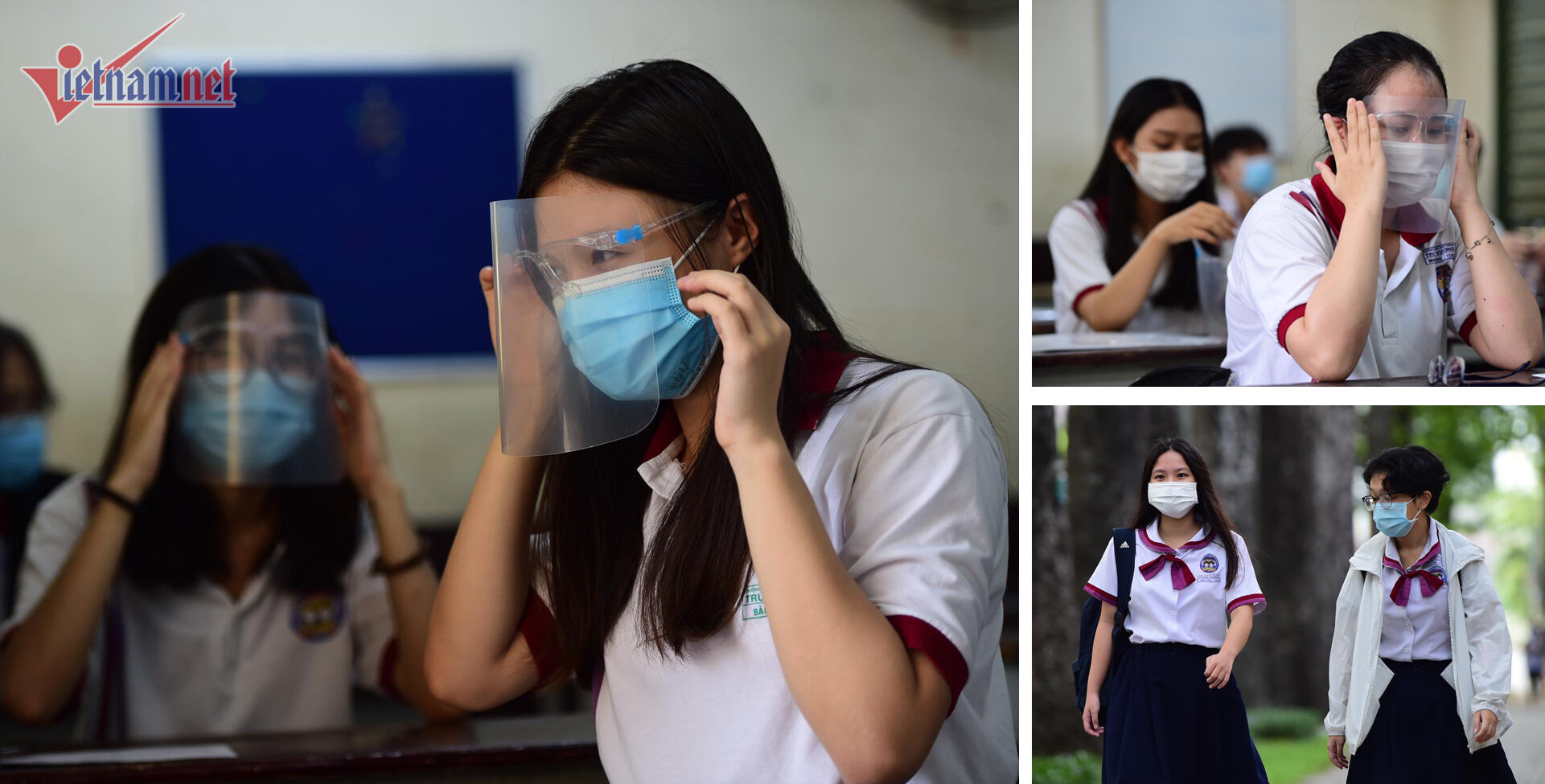 The first phase of the high school finals has wrapped up to the relief of millions of families. Parents feel relieved not only because their children have finished general education, but also because the children stayed safe in the midst of the pandemic.

In March 2003, when giving birth to a daughter, Thuy Linh in District 2, HCM City and her family members felt happy because the girl was born in the Year of the Golden Goat, but the SARS epidemic was ravaging. The deadly disease had a reported mortality rate of 9.6 percent.

When the girl turned 18 years old and needed to attend the most important exam in her life, her family once again faced a new challenge – the Covid-19 pandemic, similar to the disease they once faced years ago.

HCM City decided to organize the high school finals in early July. Linh, like tens of thousands of parents, wondered if municipal authorities should organize the national exam at this moment because of the pandemic.

But finally, on July 6 morning, she brought her daughter to the exam room at Tran Dai Nghia High School.

“Whether to attend the exam or not was decided by her and I need to respect her decision,” Linh said.

At noon July 6, when hearing that an examinee at the examination site located at Le Quy Don High School was found positive for nCoV, Linh and many other parents panicked. A friend of her daughter, who was an examinee in the same exam room with the F0, had to stay at the school at night.

“I shed tears as I felt sorry for the students who had to attend the exam in such a severe moment. They already had to experience tough academic years with long online studying,” she said.

During the two-day high school finals in HCM City, many students were found related to Covid-19 and tens of students were put under quarantine. This was the only locality which retained examinees overnight as they were in the same exam room with F0, and discovered the highest number of suspected infections and F1s.

Before the exam took place, a lot of teachers and students in Bac Ninh and Bac Giang unexpectedly had to spend quarantine while they were reviewing for the exam.

At 3.30 pm July 8, the time for the English exam, the last exam for the 2021 high school finals ended, and the exam organizers felt relieved.

Deciding to organize the high school finals in the first phase, HCM City, which is currently the COVID epicenter, was put under pressure. However, efforts were made to ensure a safe exam with the strongest determination. More than 100,000 examinees, teachers and officers had samples taken for testing, just two days before the exam began.

On July 8 evening, at the press conference held after the high school finals finished, Nguyen Van Hieu, Deputy Director of the HCM City Education and Training Department, said the exam took place under an extremely tense situation, but it succeeded.

According to Hieu, a survey of 85,000 parents was conducted, which found that the wishes of students varied. More than 63 percent of parents agreed to let their children attend the first phase of the exam, but only 29.97 percent of these parents felt secure.

“As the exam organizers, we want to satisfy students’ wishes,” he said.

One hour before the press conference in HCM City, a press conference was held in Hanoi by the Ministry of Education and Training (MOET). Mai Van Tinh, Director of the Quality Assurance Department, affirmed that the exam "basically achieved the goal of ensuring safety for students".

The most serious incident occurred during the math exam on July 7 afternoon. Information spread on social networks that the exam questions had leaked out. The police found an examinee who brought a smartphone into the exam room at Le Thuy High School in Quang Binh province.

To prepare for the high school finals, MOET released a series of decisions to respond to the complicated developments of Covid-19.

The decision near the exam day was permission to organize exam for F1 and F2 students on July 7-8 if students wanted it. Local authorities would be responsible for ensuring safe conditions for the exam.

On July 5, MOET released a dispatch on changing the exam councils for students because of Covid-19.

The high school graduation exam will begin on July 7 morning for millions of students, with strict COVID-19 measures in place as the fourth wave of infections has seen complicated developments.

Localities are quickly finishing their preparations for the national high school graduation exam to implement the dual goal – ensuring safety for candidates during the COVID-19 pandemic and ensuring a serious and fair exam.