Heritages prove to be driver of Hanoi’s tourism development

In recent years, Hanoi has established itself as a magnet for visitors from both across the country and around the world, a status the city has achieved largely by bringing into play its long-standing heritages.

The over-1,000-year-oldcity is currently home to more than 5,920 relic sites, ranging from historical,artchitectural – artistic and archaeological to landscapes, including 13 listedas special national relic sites. Notably, it boasts one UNESCO-recognised worldheritage site (Central Sector of the Imperial Citadel of Thang Long), two onthe Representative List of the Intangible Cultural Heritage of Humanity (GiongFestival of Phu Dong and Soc temples, and the sitting tug-of-war games andrituals at Tran Vu Temple), along with one on the List of Intangible CulturalHeritage in Need of Urgent Safeguarding (ca tru singing).

Being wellaware of the value of local heritages, municipal authorities have been looking totap these advantages.

Aninitiative to bring the old Hanoi closer to visitors and local residents is thepedestrian zone around Hoan Kiem Lake that is open every weekend from Fridaynight to Sunday night.

Debutingin 2016, the promenade around Hoan Kiem Lake , also known as Guom (Sword) Lake –a symbol of Hanoi and a special national relic site, has become an ideal spacefor people to take a stroll and enjoy the body of water reflecting the blue skyand dense green foliage that surround it.

Additionally,the zone has also served as a venue for hundreds of cultural and sportingactivities over the last three years. Authorities have maintained seven sitesfor regular cultural performances in the zone. The municipal Department ofCulture and Sports and the Hoan Kiem district People’s Committee have alsoinvited other localities from across Vietnam and foreign artists to organisecultural activities and events in the zone.

Variousforeign events have also attracted people to the pedestrian zone such as theJapanese culture days and cherry blossom festivals, the celebration of the 25th founding anniversary of Vietnam-Republic of Korea diplomatic ties, the ASEANchildren’s festival, and the European Village programme.

Accordingto the Hoan Kiem People’s Committee, the pedestrian space attracts some 3,000 –5,000 visitors a day and 15,000 – 20,000 in the evening on average. Notably,the figure rises sharply during holidays.

Anotherhighlight in the efforts to introduce the best of the old Hanoi is the hop on –hop off city tour.

Sightseers can hop off at any stop to explore further, and then hop back on the next busto continue their tour.

Nguyen Viet Hung, deputy director of the Hanoi Transportation Corporation’s Yen Vienbus company – the tour operator, said a year since the tour was launched, the number of travellers, both Vietnamese and foreigners, using the service hasincreased month by month.

“Theyare very excited about this service,” he noted.

Theroute traverses some of the most renowned places of interest such as Hoan KiemLake, the Hanoi Opera House, West Lake, Long Bien Birdge, the Flag Tower ofHanoi, the Temple of Literature and Tran Quoc Pagoda, giving participants a memorableexperience of the history, culture and life in the city.

Comparedto the first event held in 2018 with 3,000 athletes, this year’s race inOctober drew more than 7,000 runners, including over 1,500 foreigners.

Themarathon is now listed as an official event by the Vietnam Athletics Federationand also a member of the Association of International Marathons and DistanceRaces.

Directorof the municipal Department of Culture and Sports To Van Dong said in 2019, theevent has become an official international marathon, turning the city into adestination for the world’s marathon runners. Through the race, the organisingboard wishes to create a symbolic sporting event for the city and populariselocal tourism to international friends.

In aneffort to promote Hanoi far and wide, authorities have also been boosting tieswith foreign partners.

The cityhas been coordinating with the US’ Cable News Network (CNN) to promote itsimage through short advertising clips. After the cooperation deal for 2018 – 2019concluded, it signed a new one with CNN for 2019 – 2024.

Accordingto the local Tourism Department, the promotion programmes and clips producedand broadcast by CNN such as “Hanoi – Cradle of Heritage” and “Hanoi – Heart ofVietnam” have attracted attention from viewers.

Connections with other foreign agencies like the BBC (the UK),The Wall Street Journal (the US), Euromonitor and TripAdvisor have also beensustained to support tourism promotion.

The cityis currently a member of the Council for Promoting Tourism in Asia and theTourism Promotion Organisation for Asia Pacific Cities. It also has closetourism partnerships with many cities across Asia such as Tokyo (Japan), Seoul(the Republic of Korea), Bangkok (Thailand), and Kuala Lumpur (Malaysia), alongwith big cities in Europe like the Ile de France region(France), Moscow (Russia), and Frankfurt (Germany).

Director of the municipal Tourism Department Tran Duc Haisaid cooperation with foreign partners has greatly helped to build anincreasingly beautiful and attractive image of Hanoi in foreign travellers’eyes and establish the city as a safe, charming and hospitable destination.

In the future, it will continue to enhance external relationsto give foreign friends an insight into the millennium-old city – the City forPeace, he added.

Statisticsfrom the tourism authority show that about 2.51 million travellers chose Hanoias their destination in November, rising 12.2 percent year on year. Theyincluded more than 699,000 foreigners and nearly 1.81 million Vietnamese, up 19percent and 9.8 percent, respectively. Total revenue from tourism was estimatedat nearly 9.29 trillion VND (402.2 million USD), up 34.1 percent from a yearearlier.

During thefirst 11 months, the city recorded a year-on-year increase of 9.9 percent intourist arrivals to about 26.34 million, including over 6 million foreignersand 20.31 million domestic visitors. Tourism revenue rose 31.6 percent from thesame period last year to some 92.45 trillion VND.

Hanoiposted an annual growth of around 19 percent in the number of foreign visitorsbetween 2015 and 2018.

The departmentsaid foreign tourists in the city came from more than 190 countries andterritories, which is an encouraging sign showing Hanoi has left a goodimpression on people around the world.

Chairman of the Hanoi Tourism Association Nguyen Manh Thannoted the capital city is not only one of the biggest tourism hubs in Vietnambut has also gained an increasingly firm foothold in the world. Many foreignvisitors prefer Hanoi since it boasts not only beautiful landscapes andlong-standing culture and history, but has also proved itself to be a safe and friendlydestination.

Over the years, many prestigious international organisations havelisted Hanoi among the most attractive places in the region and the world.

This year, Hanoi won the Travellers’ Choice Awards withfourth place among the top 25 destinations in Asia and 15th positionamong the world’s best 25 places on the TripAdvisor website.

CNN listed Hanoi, along with Phu Quoc Island in the southernprovince of Kien Giang, as among the best places to visit in Asia in 2019.

Many highlights of the city were also named in a CNN articlesuggesting 13 essential Vietnam experiences such as “search for the best pho inHanoi”, “make vermicelli noodles in Cu Da village”, and “ride the ReunificationExpress (officially known as the Noth-South Railway)”.

Tourism Department Director Hai said tourism has graduallyestablished itself as a spearhead economic sector for the city, adding thatwith unceasing efforts, Hanoi will continue to reinforce its role as one of theleading localities for tourism development in Vietnam./.VNA 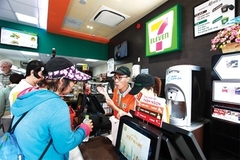 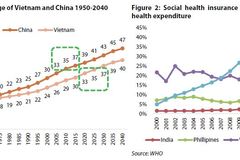 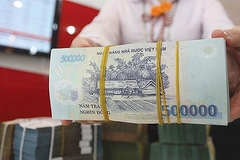 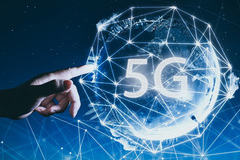 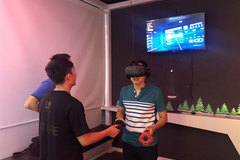 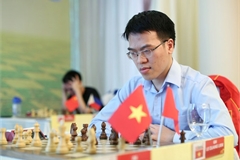 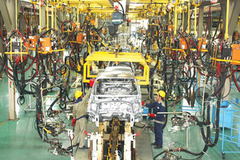 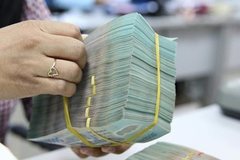