They are the doctors of the Ministry of Health’s last unit under the assistance program which is still operating in HCM City. They continue to make every effort each day to save Covid-19 patients’ lives. 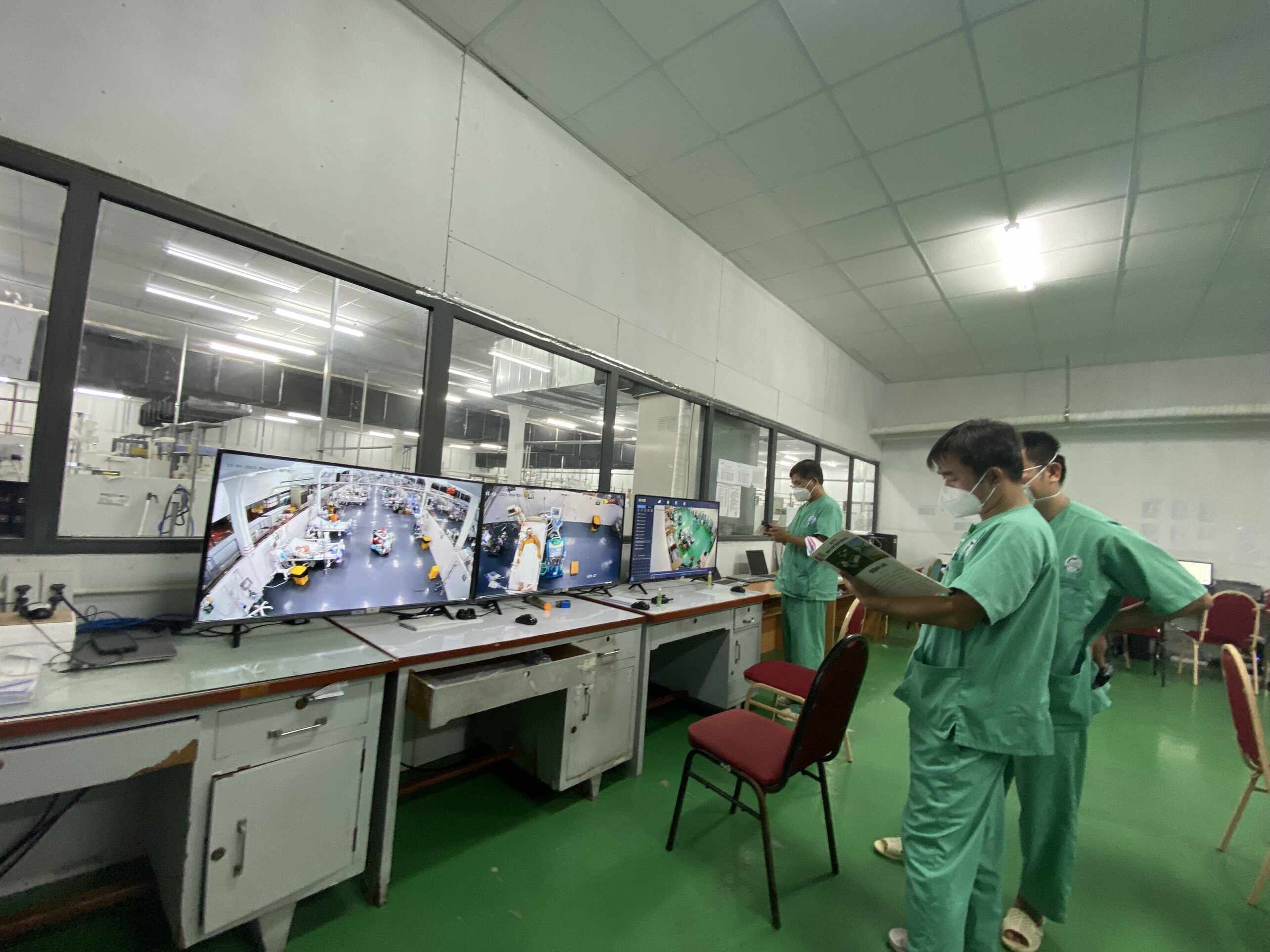 “The patient was brought on October 28. On October 30, he was given ECMO (extracorporeal membrane oxygenation). The situation turned worse very rapidly. The lung was very bad. The pulmonary embolism index was very high, up to 38,000 while the normal index was below 500,” explained Dr Nguyen Tat Dung one day through a walkie-talkie.

This patient was one of two cases that had to have an ECMO intervention at the Covid-19 resuscitation center under the management of the Hue Central Hospital.

Upon arrival, Dung immediately began monitoring the most severe cases. He is Head of ICU (intensive care unit) belonging to the Hue Central Hospital and one of the volunteers in HCM City to help the city fight the pandemic.

Dung said he keeps a close watch over the treatment of the resuscitation center in HCM City. When he first came, he was surprised about the facilities there.

“It’s just a field hospital, but has ECMO, dialysis systems and resuscitation equipment for severe patients. The center has all the equipment that a regular ICU has. The leaders and the builders set up such a modern facility within a short time, which is really admirable,” he said.

Tens of thousands of health workers from many cities/provinces were dispatched to HCM City to aid in the coronavirus fight. As HCM City begins to put the situation under control, some central hospital staff have fulfilled their tasks there and have left. Meanwhile, the Hue Central Hospital still continues performing its tasks in HCM City. The medical workers of the hospital will be the last volunteers leaving the city, once the pandemic subsides.

Dung, who has dozens of years experience, still felt stressed when working in a protective suit.

“Some medical workers might feel uncomfortable and tired when wearing this suit because of dehydration and lack of air. Steam and sweat blur the glass. This is the hardest pressure for us, not the hard work or being away from home, which all of us are used to,” he recalled the first days at the center.

However, there is a central air-conditioning system with antibacterial filter at the center and it is disinfected by ultraviolet rays. In addition, a reasonable infection control system helps keep the air fresh, making medical staff less exhausted and patients comfortable, thus reducing the infection rate. After four months of operation, no medical staff has been infected.

About 90 patients are being monitored at the resuscitation area, including 40 severe cases who have to use high performance ventilators.

“I told my wife that I will only return when the pandemic ends. No one here thinks about when to return home,” he said.

Specialist Level 2 Doctor Nguyen Dinh Khoa, Deputy Director of the Resuscitation Center, said the hospital is running under the 3-layer model, with ICU, and an area for severe patients and mild patients. There are 240 cases under treatment.

“The number of severe patients has decreased, but remains high. The center receives severe patients from 11 other hospitals. So, the situation is still tense,” Khoa said.

However, trauma still exists. Some of the medical workers who have returned to Hue still hear the beeps at night. This is the sound in the ICU of machines and medical equipment that have been operating for two months.

“While they are sleeping, they still feel as if they hear the beeps and they have to get up to be on duty, though they are in Hue City,” Khoa said.

According to Khoa, 60 medical workers from the Hue Central Hospital have fulfilled their tasks and should have returned to Hue, but half of them have volunteered to stay to take care of patients.

“There are still severe cases that need ECMO, dialysis and ventilators,” he said.

The center has received 1,500 patients so far, and more than 90 percent of them are seriously or very seriously ill, with underlying health conditions, who need continuous dialysis and ventilation.

Over the past two months, Thong has taken hundreds of patients in his ambulance to medical facilities in HCM City and Quang Binh Province.

Using the same ECMO (extracorporeal membrane oxygenation) machine for two patients was a daring decision by doctors at Hospital 175 which brought wonderful results: both the patients were saved.