Actions are needed now to save businesses, or it will be too late, enterprise associations say. 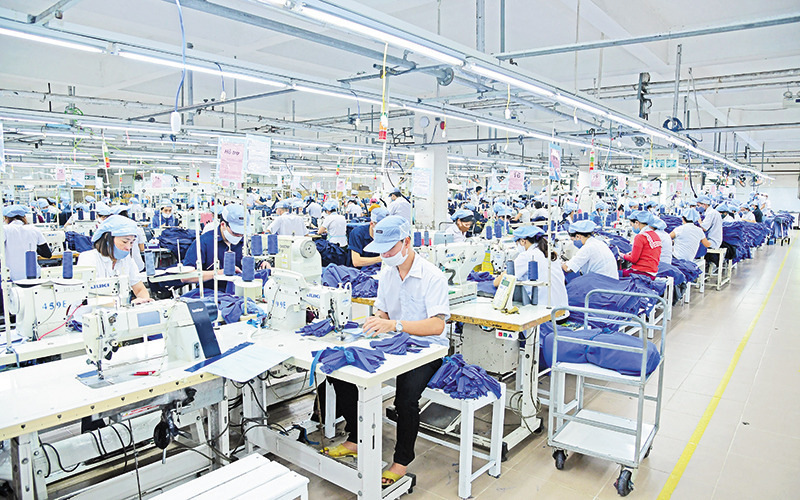 The report of the Board for Private Economic Development Research (Board IV) on proposals by enterprises and workers to the PM says of 21,000 surveyed businesses in August, 69 percent have suspended operation because of the pandemic, 16 percent are operating at a moderate level and 15 percent have dissolved or are following procedures to be dissolved.

The disruption of domestic supply chains is the main reason businesses have stopped operation temporarily.

Many cities and provinces have imposed social distancing and only allowed trucks carrying essential goods to go through. Numerous checkpoints have been set up on all roads, while local authorities have set different requirements on cargo transportation vehicles.

Some analysts said the figures are just the ‘tip of the iceberg’, affirming that the real number of businesses at the point of death is much higher.

A businessman running an eatery chain in Hanoi said nearly all eatery chains are near death because of the stay at home policy. He doesn’t have to pay workers, but still has to pay for retail premises, warehouses, security service and electricity bill, while "debts are hanging over my head".

Analysts said September is the decisive time to save businesses.

Phan Duc Hieu, permanent member of the National Assembly (NA) Economics Committee, stressed that any hesitation and delay in approving support will cause more enterprises to stop operation and reduce the number of businesses capable of resuming operation.

He urged ministries, branches and local authorities to take action immediately to bring businesses back to operation.

On September 9, 2021, the Government released Resolution 105 on supporting businesses, cooperatives and business households hit by the pandemic. The decision, according to Ngo Tri Long, a respected economist, is necessary and timely.

The resolution sets out major tasks – restoring and developing production and business activities of enterprises, cooperative and business households in association with ensuring compliance with regulations on pandemic prevention and control; supporting and solving problems and bottlenecks that hinder production and business; and minimizing the operation suspension, dissolution and bankruptcy.

“I believe that if ministries, branches and local authorities strictly pursue the spirit of Resolution 105, policies will be implemented quickly and effectively, thus helping businesses overcome current difficulties,” Long said.

Can Van Luc, Chief Economist of the Bank for Investment and Development of Vietnam (BIDV) affirmed that it is the right move to reopen the economy, because new virus variants appear regularly, which makes it difficult to eliminate them. Meanwhile, the closure of the economy has had a big impact on the economy and society, and on enterprises’ health.

What businesses want is to resume production as usual. In order to do that, it’s necessary to apply the same management and anti-pandemic methods throughout the country; speed up vaccinations; allow businesses to use workers meeting requirements; circulate goods in normal conditions; reconsider the ‘three on-the-site’ production mode which is very costly; help solve difficulties in cash flow; and reduce taxes and fees, and extend tax and fee payment deadlines.

Meanwhile, retailers have asked to cut VAT for all business fields, saying that stimulating demand is a necessity. Stimulating demand through VAT cuts will being positive effects in the short term.

According to the Vietnam Association of Beer, Wine and Beverage (VBA), more than 85 percent of drink manufacturers have had difficulties in product distribution.

The National Assembly Standing Committee yesterday continued discussions about the best ways to support businesses and people affected by the COVID-19 pandemic.