The General Department of Customs (GDC) said that risks in transit services continue to exist as smugglers try to carry prohibited goods into Vietnam. 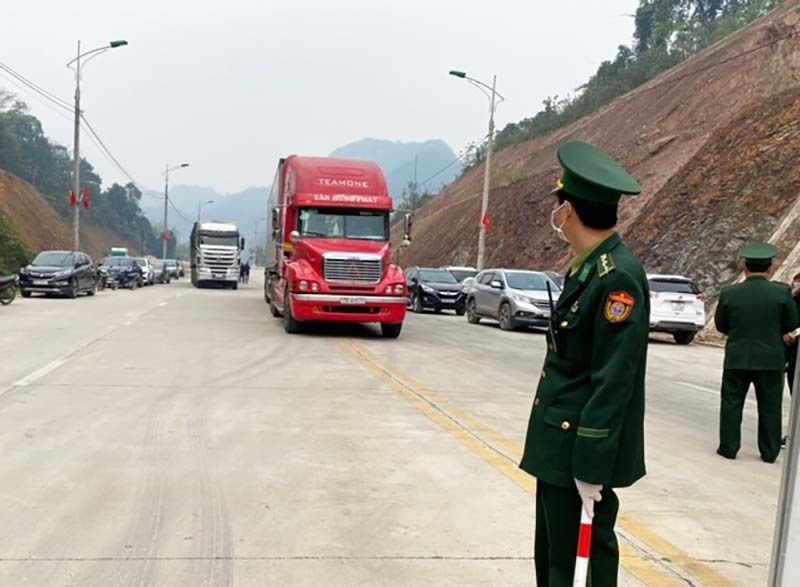 In late 2020, the Lang Son province Association of Vietnam-ASEAN Transit Goods Traders sent a dispatch to the Government and relevant ministries complaining about the administrative fines imposed by the border gate customs agency, which caused serious damages to businesses.

According to the association, since July 2018, the customs agency has been inspecting all shipments in transit.

The inspection is carried out immediately after enterprises receive goods from the transport vehicles of foreign goods owners, under seal, in the area supervised by border gate customs and witnessed and supervised by customs officers.

One inspection found only a few violations in many consignments of goods, mostly violations regarding the names and the volume of goods. In some cases, the transit goods were found with counterfeited trademarks.

Enterprises have proposed that the Government and relevant agencies exempt goods under seal from inspection. They said the inspection needs to be implemented only when there is clear evidence of violations of the laws.

However, the Ministry of Finance (MOF), in its report to the Prime Minister some days ago, said there are 129 transit trade companies with tens of thousands of containers of goods from China transiting in Vietnam before going to Laos and Cambodia a year.

In Lang Son and HCM City, customs declarations are made for 100-150 containers of transit goods to Cambodia and Laos via land border gates in Tay Ninh, Binh Phuoc, Ha Tinh, Quang Binh, Quang Tri, An Giang, Dong Thap, Kien Giang and Long An each day.

The General Department of Customs said there are high risks in transit trade as prohibited goods and goods committing intellectual property infringement may be carried through Vietnamese territory, and may be bought in Vietnam instead of going to the target markets as declared.

The agency pointed out that these type of goods are displayed for sale in the open air, which are partially sourced from transit trade.

In April 2020, the General Department of Customs (GDC) told the Anti-smuggling and Investigation Department to inspect transit goods which come to Vietnam from other countries for re-export to Laos and Cambodia and vice versa.

GDC emphasized that while the inspection rate was just 20 percent, the violation rate was 75.8 percent, and that counterfeited goods accounted for 38.5 percent.

The four inspected companies had violated the law in 2017-2019. They were punished for violating the laws on customs and counterfeit goods.

Citing the figures, the finance ministry emphasized that the inspection by GDC was in accordance with the laws.

GDC also said that it is difficult to examine goods. The finance ministry said that GDC should use IT, modern equipment and automatic goods classification. The classification is now made manually, which has faced complaints from enterprises.

The Ministry of Industry and Trade (MoIT) said that, while most sub-industries are covered by laws, activities in the processing and manufacturing industry have not had specific regulations.