Farmers face sharp drop in prices for fruit amid pandemic

Nearly all kinds of fruits, from custard apple to dragon fruit to durian, have seen prices plummet on low demand. 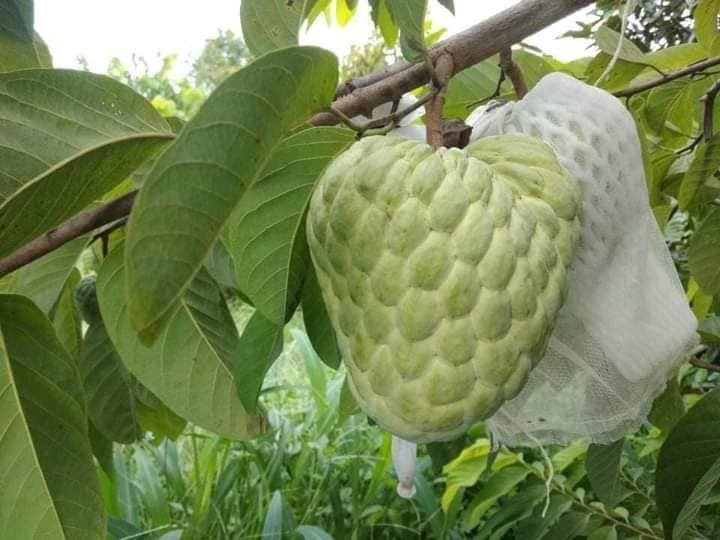 In Dak Nong, durian is selling below VND10,000 per kilogram, while it sold at VND25,000 last year. Dan Tri quoted merchants as saying that demand is low because of Covid-19, which has forced prices down.

While durian in Vietnam is unsold, exports to Australia are selling well despite high prices. Though many cities in Australia have experienced lockdowns since the beginning of 2021, Vietnam’s Ri6 durian still sold well.

The Vietnam Trade Office in Australia reported that a recent consignment of 15 tons of frozen durian exported by a Vietnamese company to Australia sold out within two days, July 23-24. The floor price was 18.99 AUD per kilogram, or VND320,000.

In addition to durian, the Australian market also favors Vietnam’s tea. Dan Toc va Phat Trien reported that in H1, Vietnam exported six tons of tea to the country, worth $74,000, up by 62.1 percent in quantity and 85 percent in value compared with the same period last year.

Vu Lan, or the annual Wandering Souls Day, is the 15th day of the 7th lunar month. Vietnamese believe that on that day, the spirits of their ancestors are able to visit their homes. Therefore, they spend big money on offerings to ancestors and forsaken souls. A banquet is worth up to several millions of dong.

However, there are few orders for banquets this year because Hanoi is experiencing social distancing. Ads about banquet services have not been seen on social networks.

Despite the pandemic, the demand for Lang Son custard apple, or ‘Queen custard apple’ is still high thanks to low price and good taste. This type of custard apple is bigger than other varieties, weighing up to one kilogram per fruit.

Director of the Chemicals Department Nguyen Van Thanh said after reaching a peak in late 2018, fertilizer prices have been decreasing continuously to a low in July 2020. The prices have begun recovering and the upward trend has become clearer recently.

According to Thanh, fertilizer prices increased because of higher prices of farm produce, plus favorable weather conditions, which promoted agricultural production.

According to the Ministry of Agriculture and Rural Development (MARD), Vietnam has 841 fertilizer plants with total capacity of 30 million tons a year, triple the demand.

The freezer market is now bustling. Home appliance centers sell hundreds of types of freezers with different capacities. The freezers containing food with the capacity of 180-200 liters are priced at VND5-9 million, while ones with larger capacity and more functions are sold at VND10-20 million.

Meanwhile, other home appliances are not selling well. Distributors have cut prices by 55 percent, but the demand is still weak. Because of slow sales and the high rent, many shops belonging to large retail chains have shut down and the retail premises have been given back to landlords.

The sugar industry has wrapped up the 2020-2021 fiscal year, with many businesses showing rosy performance.

Vietnam and China has signed a memorandum of understanding on cooperation in agriculture and fruit sale, expected to facilitate farm produce trading amid difficulties caused by the COVID-19 pandemic.