After seven years of implementing Resolution 29 on reforming the education and training sector, Vietnam has gained several outstanding achievements.

With such important changes, VietNamNet introduces readers to a number of articles on the topic.

Minister of Education and Training Phung Xuan Nha, presenting his report at the ongoing 13th National Party Congress, spoke about the the Party Central Committee’s resolution on reforming education and training in the 2021-2025 period. 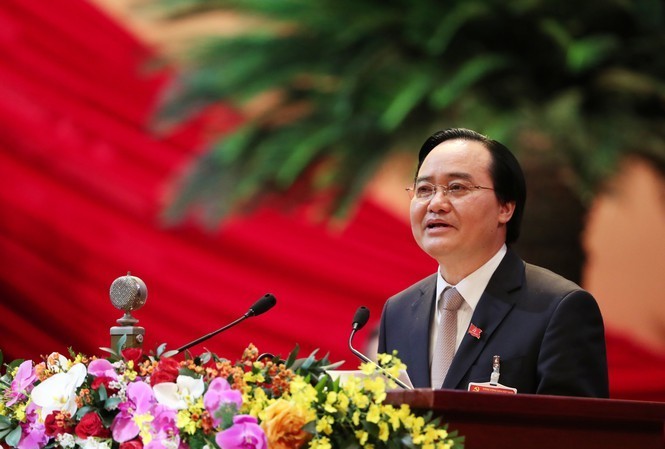 Policies have been basically completed

The Ministry of Education and Training (MOET) proposed to the Government and National Assembly to set up policies to solve problems of many years.

The ministry advised the Government to ask the National Assembly to ratify the Law on amending and supplementing some articles of the 2018 Law on Higher Education and the 2019 Education Law (amended) and create a legal framework for activities to comprehensively reform education and training.

In 2016, the Prime Minister issued the structural frame of the national educational system.

To date, the guidelines in Resolution 29 have been institutionalized and specified in legal documents.

The standards on preschool education universalization for 5-year-old children nationwide were met by early 2017 with 99.98 percent of children at this age going to preschools.

According to Nha, the ‘one program, many sets of textbooks’ policy which aims to encourage creativity in teaching and learning has brought initial success.

By the end of 2019, MOET Minister had approved five sets of textbooks for first graders (46 textbooks for 9 subjects) and education activities for the 2020-2021 academic year.

The choosing of textbooks at schools has been implemented in a strict and transparent way. This is the first time in the history of the educational sector that Vietnam has implemented the policy and it has gained encouraging results.

Vietnam has reformed the way of examining and assessing the quality for primary, secondary and high education by focusing on assessing students’ abilities, considering both the results of students’ learning process and the results of year-end exams.

Higher education establishments have shifted from yearly training scheme to credit-based training. The assessment and examination of master's and doctoral training quality has been implemented more strictly. The quality of dissertations and theses is closer to international standards.

Vietnam was praised in some indexes, including the proportion of students going to school and fulfilling primary education (92.08 percent). SEA PLM (The Southeast Asia Primary Learning Metrics) in 2019 showed that Vietnam is among the top ASEAN countries in primary education quality.

During PISA tests, Vietnamese students outperformed results compared with the average level of OECD countries, even though its investment in education is far lower.

The results gained by Vietnamese students at Olympiads show great stride in recent years with 49 gold medals won in 2016-2020 (27 gold medals in 2011-2015). Many students got the maximum scores.

Since 2014, 23 higher education establishments have applied comprehensive autonomy in accordance with the government’s Resolution 77. 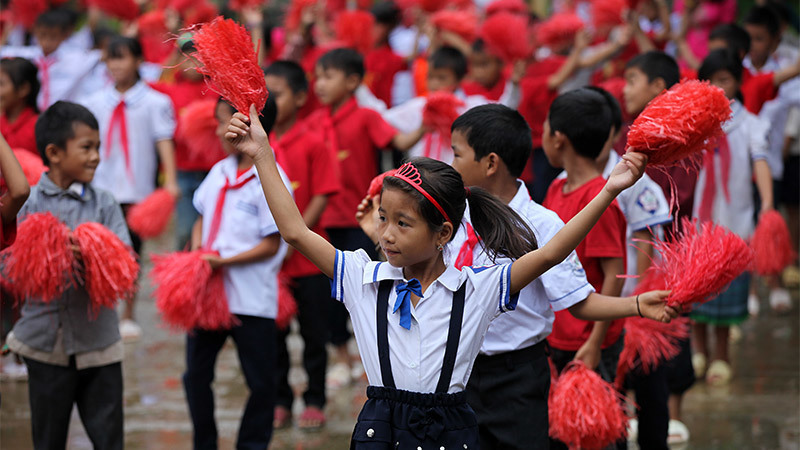 The new general education program continues to attach much importance to education in morality and life skills, which can be seen in the design of all learning subjects and education activities.

The entire educational sector has been strengthening the application of information technology in management and teaching.

It has built a database on preschool and general education. IT has been applied on a large scale in teaching and learning activities. Schools give lessons via internet, on the TV, especially during lockdown.

Vietnam has established relationships with over 100 countries and territories.

First, the state management and school administration are still inadequate. The role of the school council still cannot be promoted well.

Second, the shortage and redundancy of teachers in localities has not been solved.

Third, school development planning is unreasonable. Schools are lacking in some urban areas and in Industrial Zones.

Fourth, the connection and database exploitation for management and teaching are still not in sync.

Fifth, there are still problems in communications.

HCM City has increased its budget allocation for preschool education and has called on the private sector to invest in building kindergartens to meet increasing demand.