Seeking capital to help recover production and business is not easy but it’s not the biggest difficulty, experts say. The tougher task is driving money “to the right addresses at the right time”. 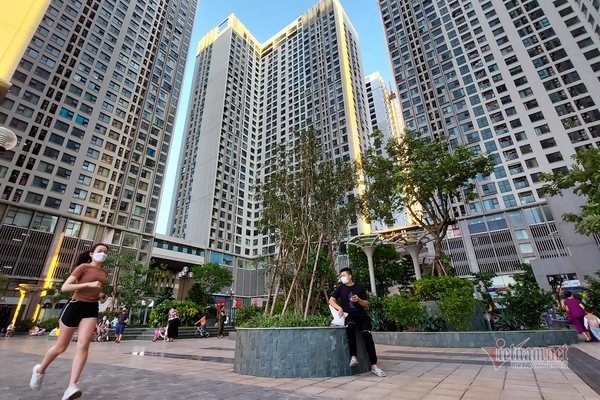 In 2021, Vietnam has had to struggle with the impact of Covid-19 which has been far more serious than in 2020. The national economy has been hit hard and is showing short- and medium-term problems, according to Tran Toan Thang from the National Centre for Socio-Economic Information and Forecast (NCIF).

Thang said at a workshop on financial resources for sustainable recovery on November 5, that Covid-19 will not only cause short-term effects but also an impact on long-term growth.

The labor force structure is changing because of the movement of workers among industries, public investment capital cannot be disbursed on schedule, and private and foreign direct investments are increasing slowly. Growth has fallen from 7.3 percent on average to 2.5 percent.

Amid opportunities and risks, Thang believes the national economy is not likely to recover quickly in the fourth quarter of the year, which means that the GDP growth rate in 2021 would be just 2 percent under the best conditions.

Meanwhile, Vietnam gained impressive GDP growth rate of 5.64 percent in the first half of the year, according to the General Statistics Office (GSO).

If there is a slow recovery, the GDP growth rate will be modest, only 0.8 percent.

In 2022, the GDP growth rate predicted by NCIF experts is between 5.8 and 6.7 percent in the best scenario, if conditions are favorable in Vietnam and the world market.

Vo Tri Thanh, former Deputy Head of the Central Institute of Economic Management (CIEM), noting that this is the lowest growth rate since doi moi (renovation) in 1986, said he can see positive factors, including macroeconomic stability, high export growth rate and an increase in committed foreign direct investment (FDI).

Thanh believes that Vietnam needs an economy recovery and development program on a large scale through 2022 and 2023.

One issue currently being debated is where resources for supporting businesses and people hurt by the pandemic will come from. The program’s scale up to hundreds of trillions of dong, and public debts are increasing.

Regarding resources, Thanh said if Vietnam accepts a budget deficit of 2 percent more, or 4-6 percent of GDP, it would have $7 billion for the program. In addition, it needs to cut expenses, use a part of forex reserves, create resources through administrative reform, and reduce businesses’ transaction costs.

In the short term, Thang believes that controlling Covid-19 while increasing vaccination coverage is the best solution. The measures to help businesses and people in the short term still need to be implemented urgently, but the implementation cost as well as policy enforcement effects need to be evaluated.

In the long term, the program to support economic recovery should be seen as an opportunity to restructure the economy, reform policy institutions, strictly enforce civil service discipline, and make appropriate adjustments to the decentralization of state management.

The measures to promote public investment, especially investments to improve digital infrastructure and accelerate digital transformation, are crucial. Also, the support package should help develop some key industries, and improve the supply chain and supporting industries.

Jonathan Pincus from the United Nations Development Program (UNDP) noted that Vietnam’s fiscal reactions to the pandemic are still inadequate. The narrowing of private consumption could lead to considerable losses and slower GDP growth than necessary.

He stressed that speculation on land and financial assets needs to be discouraged, and lending to fund speculation activities should be restricted.

Thanh said mobilizing resources for the economic recovery program is a serious matter of concern, but the “most difficult thing is that money should be addressed to the right places and at right time”.

If the money goes to the wrong people and businesses, the consequences will be serious, similar to what happened with the demand stimulus package in 2009 when the economy fell into a whirlwind of high inflation, a low growth rate and exhausted businesses.

“People say ‘turning danger into opportunity’, but I like to say ‘overcoming difficulties and taking full advantage of opportunities’,” Thanh said, adding that all actions at this time need to be serious and speedy.

Foreign capital flows are not only poured into Vietnam through FDI projects but also through buying shares in leading companies in the country.

All four ministers of economy-related fields were asked to answer inquiries at the last National Assembly session, a rare occurrence in Vietnam.