Vietnam has become one of the first countries in the world commercializing 5G on a trial basis. Software engineers have made a great contribution to the achievement as Vietnam’s 5G network will use open standards. 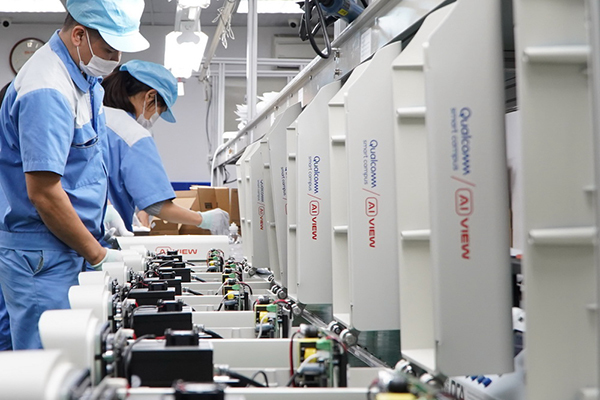 With Make in Vietnam 5G equipment and terminals, Vietnam can master the major elements of a 5G ecosystem, which is important for 5G to be implemented by this year end.

According to Sysnopsys, there are 445 open source components in each codebase. More than 90 percent of IT firms use open source software for important apps.

A report from GitHub said that Vietnam ranks 20th among non-US countries and territories in utilizing open source codes. In Southeast Asia, Vietnam ranks third, behind Singapore and Indonesia.

However, when considering the proportion, Vietnam is far behind China, India, Germany, the UK and Japan. It is on the same par with Taiwan, Singapore and Indonesia.

The growth rate of open source projects and the contribution to open source codes in Vietnam remain modest.

Though Vietnam began approaching the open source trend in the 2000s, its open technology growth rate has been slower than some other countries. This is attributed to a closed culture mechanism, localization in data protection and management, and the lack of interest from large corporations.

The main cause is that Vietnam doesn’t have a technology development tradition, because the economy is at a fairly average level, with the science and technology level still low. Vietnam has few scientific and technological inventions and patents.

Using open technology is the only way for Vietnam to master technologies, catch up with the world, and become an IT powerhouse.

This was confirmed by the head of the Ministry of Information and Communication (MIC) Nguyen Manh Hung at Vietnam Open Summit 2020. The event was organized to show Vietnam’s strategy and action plan on developing and mastering digital technology with open standards.

Vietnam has recently made significant investments to develop open technologies. The introduction of apps, including Bluezone and CoMeet, is evidence.

Nguyen Tu Quang, CEO of BKAV, said the corporation began investing in AI camera some years ago. In 2018, BKAV set up AI Institute as it realized the big potential of AI application.

The corporation last November exported the first AI cameras to be installed at the head office of Qualcomm in San Diego, California.

At Qualcomm, the cameras from Vietnam will be an important element of the group’s smart city development strategy.

The AI View cameras manufactured by BKAV are developed with Open AI View. The use of an open platform helps to gain confidence from international partners.

As for CMC, the group chose OpenStack to build CMC Open Cloud and Elastic Stack to create SOC. These are all open source codes available on GitHub.

Luong Tuan Thanh, chief technology officer of CMC Group, said with the development of products with open source codes, all the expenses related to software copyright will be used to develop human resources. CMC is following this path to develop its specialists and build an open culture.

Viettel, the mobile network operator, chose to master 5G technology based on OpenRAN. This was a daring move compared with the use of the traditional Radio Access Network. By doing so, Viettel can escape reliance on foreign equipment suppliers.

Vietnam is set to see 55% of the local population regularly participate in online shopping activities by 2025, with the value of goods purchased through the internet and online services reaching an annual average of US$600 per person.

Minister and Chairman of the Government Office Mai Tien Dung talks to the press about the role of digital transformation in the health sector. 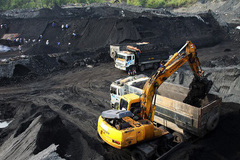 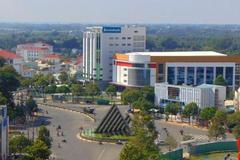