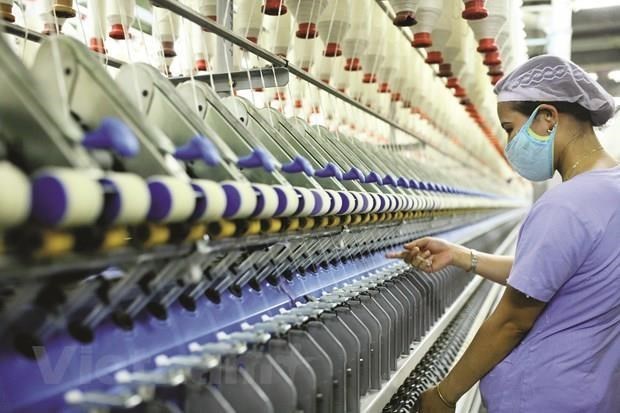 The newly released Purchasing Manufacturers Index (PMI) report of HIS Markit showed that the decline in Vietnam’s production was more serious in August 2021. The PMI in the month dropped to 40.2 from 45.1 in July, representing the lowest PMI in the last 16 months.

Because of the Covid-19 pandemic, many enterprises have to close temporarily, while others have reported labor shortages and limited production capability. As a result, output has decreased substantially.

Supply chains in Vietnam continue to be severely disrupted. Traffic and goods transportation congestion occurs regularly in localities, which, plus the shortage of input materials, has caused delivery times to lengthen. As a result, input costs have risen sharply and price increases were among the fastest in the decade.

A report from the State Bank of Vietnam (SBV) showed that by the end of the first half of the year, deposits from individuals had increased by 2.94 percent, while deposits from economic institutions by 4.78 percent compared with late 2020. This is in contrast to that of previous years, when the growth rate of people’s deposits was always higher than that from economic institutions.

The increased deposits by economic institutions at commercial banks are a worrying sign to economists. This means that businesses have halted operation and they left money in banks instead of using it to maintain production and business.

The French Chamber of Commerce in Vietnam (CCIFV) has conducted a quick survey on French businesses in Vietnam in the fields of industry, food, fine arts and pharmacy.

Nearly 60 percent of businesses said they have faced difficulties in the last six months. About 56 percent have had scale down production by at least 80 percent in the last two months.

French businesses are worried that production costs will increase sharply if they follow the ‘three on the site’ principle, while output is low. Other problems include goods circulation congestion and the unpredictability about the end of social distancing in localities.

Sixty-two percent of businesses said they would have to suspend operation if the situation does not improve in the next 3-12 months. If so, nearly 75 percent of French businesses would possibly have to leave Vietnam.

At a dialogue between foreign invested enterprises and HCM City leaders on August 20, Ho Thi Thu Uyen from Intel Vietnam said the enterprise is applying the ‘one route, two locations’ mode for 1,870 workers. The enterprise’s cost for ensuring the fight against the pandemic was VND140 billion from July 15 to August 15. The figure is predicted to double by September 15.

Intel hopes that HCM City authorities will end the social distancing after September 15, 2021, saying that production and business performance of enterprises have been seriously hurt.

Jabil Vietnam has also applied the ‘one route, two locations’ for its 2,500 workers, which costs VND120 billion a month. Meanwhile, the enterprise is operating with a capacity below 30 percent, so its monthly export revenue has fallen by $60 million.

A representative of an enterprise complained that some partners have shifted their orders to other countries. If the problem cannot be solved, it will have to shrink its operation in Vietnam.

Business psychological sentiment in August 2021 dropped to a 15-month low. The complicated developments of Covid-19 have led to predictions that Vietnam will have to extend the time of travel restrictions.

The regulation on travel permits has caused inconvenience to goods circulation, thus leading to stagnation of many enterprises. Many associations, representing enterprises in industries, have complained about this to the Prime Minister.

As the fight against the pandemic will be long, a model of safe living and production is needed during Covid-19. It’s now the time for managers to consult scientists and experts to create suitable processes and models that fit all kinds of production and business models.

Hanoi’s economy has suffered heavily from social distancing and travel restrictions over the last 45 days, but in exchange the Covid-19 outbreak has been under control.