Brighter condotel future set for both investors and buyers

With new guidance on granting ownership being issued in Vietnam, condotel investors are seeing a light at the end of the tunnel after more than two years of uncertainty.

Nguyen Manh Toan, a Hanoian who had bought a condotel in the central city of Danang, told VIR that he was at ease when his unit received an ownership grant from the local authorities. “I bought this unit three years ago and since then it has been suffering from very low benefits. But with the new guidance, my unit will attain a steady legal status,” Toan said.

On February 14, the Ministry of Natural Resources and Environment (MoNRE) issued Official Dispatch No.703/BTNMT-TCQLDD, providing instructions about use of land and grant of certificates of ownership of construction works other than residential homes, including holiday hotel condos, or condotels.

According to the dispatch, if related projects meet regulatory requirements for transfer under the provisions of the Law on Real Estate Business, granting certificates of ownership of such construction works to transferees will be subject to regulations laid down in Article 32 in Decree No.43/2014/ND-CP regulating details about implementation of several articles of the Law on Land. It will also be subject to Clause 22 of Article 2 in the Decree No. 01/2017/ND-CP amending and supplementing several decrees elaborating on implementation of the Law on Land.

Tran Dao Duc, deputy general director of CEO Group, one of the largest developers of condotels, said that the guidance is a basic movement on the legal status of condotels in Vietnam. “Its issuance has been awaited by developers for the last three years. Thousands of condotels are equivalent to tens of billions of US dollars. Everyone in this business will profit from the new guidance, from developers to buyers,” he said.

Duc further emphasised that the dispatch also helps solve disputes on the legal status of condotels which has so far been unclear.

“This helps the government to build a legal framework and impose tax on transaction and leasing activities. Also, it will create more jobs, attract more investors into the sector, and create more room for the tourism industry,” he added.

Meanwhile, buyers and investors will have enough rights on asset ownership, mortgage, grant, and transfer. “The legal status for condotels is now on track. The only remaining issue will be how local authorities implement it,” Duc said.

Meanwhile, Huong Tran Kieu Dung, general director of FLC Group, told local media that the guidance is an effective tool to instruct local authorities to solve difficulties for investors and developers. He suggested that the government may allow foreigners to buy condotels.

Furthermore, the dispatch was welcomed by local authorities. Mai Trung Hung, deputy director of Ba Ria-Vung Tau Construction Department said that local authorities will now be able to solve remaining issues in projects that have been frozen for a long time.

Although the guideline is welcome by all sectors, some issues remain unsolved.

Le Hoang Chau, chairman of the Ho Chi Minh City Real Estate Association said the Ministry of Construction should clarify the concept of a “condominium” and a “condotel” so that local authorities can implement these in the right way. Moreover, Chau said that the current guideline does not mention townhouse condotels and shoptels which both occupy a significant part of many projects.

Kevin Hawkins, co-executive partner from Zico Law Vietnam, told VIR that despite the guideline being a good sign for the market, unfortunately, it provides little in the way of resolving the current situation, except to clarify the existing laws.

Accordingly, the MoNRE instructed local authorities to apply the current laws in a way that uniformly allows for land use right certificates to be issued for “construction works” on leased land. Condotel resort land is commonly leased as commercial land with a maximum duration of 50-70 years depending on the circumstances.

“While this may provide some additional clarification for issuing a form of asset ownership and transfer for the resort developer, it should provide more comfort to prospective buyers as it does not bring these non-residential condotels under the governance of the residential housing laws,” Hawkins analysed. “This means that condotel resort owners would have little voice in the decisions regarding the common areas of the property, such as pools, gyms, and parking lots, which typically attract buyers to invest in the property in the first place.”

He further added that unlike apartment complexes, which have management boards comprised of unit owners, there is no such mechanism under the land or tourism law that can be applied to construction works, considering that the condotels and villas are assets constructed and attached to leased land. “How this will affect the rights of unit owners and developers remains to be seen. Similarly, the effect on the marketing and sale of such units remains vague,” he added.

According to Hawkins, many issues still need to be addressed to unfreeze the condotel market. For instance, the issuance of a comprehensive decree or law for condotels, defining what a condotel is in contrast to other tourism properties. Further issues regard investments, payment guarantees of promised property returns, non-recourse mortgaging permissions, especially for properties with a contractual revenue stream, and legal reviews of the investment documents by qualified lawyers.

Despite remaining at a standstill, thanks to the recent issued guideline, the condotel market is expected to be more active in 2020 and beyond.

Vietnam welcomed over 18 million international tourists in 2019, according to the General Statistics Office. The number showed an on-year rise of 16.2 per cent. Tourists from Asia made up 79.9 per cent of the total, up 19.1 per cent. Meanwhile, arrivals from Europe, the United States, and Africa went up by 6.4, 7.7, and 12.2 per cent, respectively.

The Vietnam National Administration of Tourism noted that the country served 85 million domestic holidaymakers in the year, an increase of over 6 per cent.

According to tourism experts, with an average growth of international arrivals to Vietnam from 9 to 11 per cent annually, the country would need around 700,000 rooms this year to host them. This figure could grow to up to 1.45 million in 2030.

Local condotels could not only be a way to increase the number of rooms but also offer high-quality accommodation above four stars for tourists, which many cities and provinces still lack.

Will new legal document bring investors back to condotel market?

The granting of ‘red books’, or land-use rights certificates, to condotels has been described as good news for the condotel market. But it’s too early to say if investors will come back. 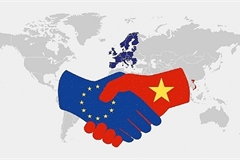 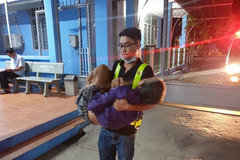 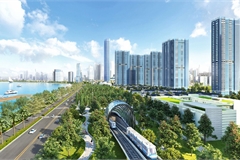 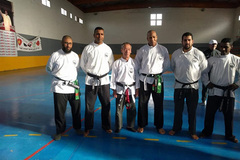 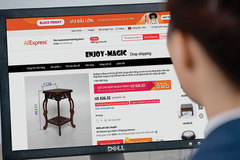 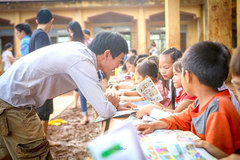 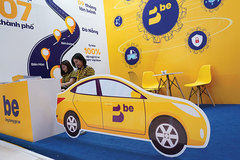 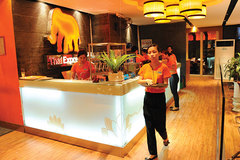 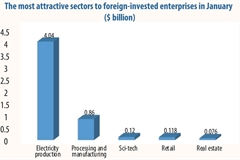 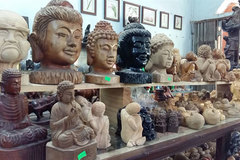 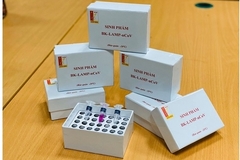