“What should we do – continue to complain about difficulties to get subsidies from the state budget, or become self-reliant to rise up,” said Ben Tre Provincial Party Committee Secretary Phan Van Mai. 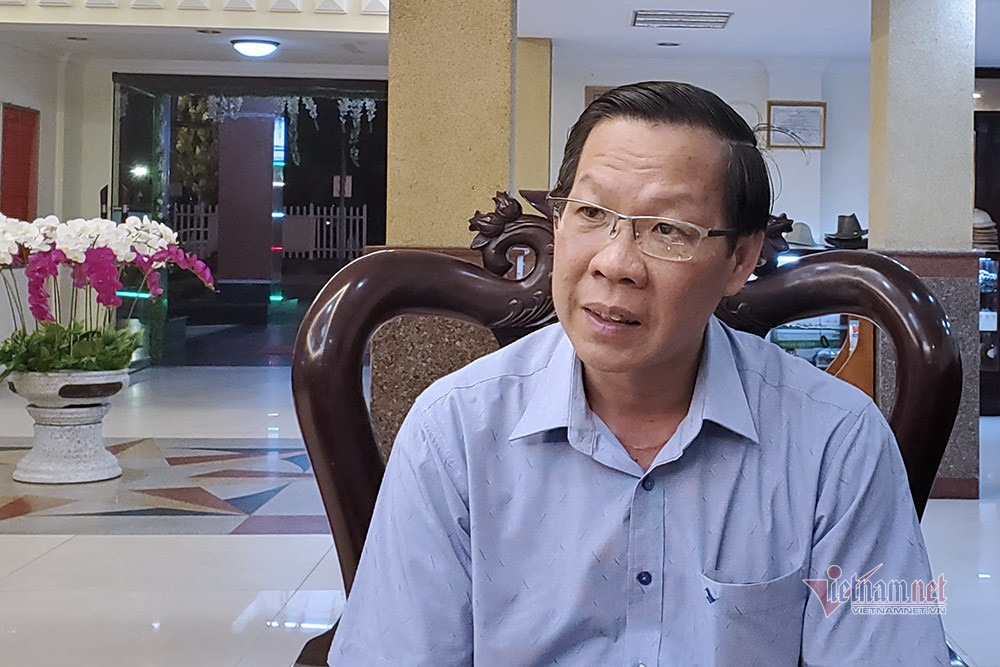 Mai began his conversation with VietNamNet at the provincial guest house at 8 pm. He came to the meeting without an assistant and without documents. He only brought the book ‘Khat vong Ben Tre 2045’ (Ben Tre’s aspirations 2045) which he co-authored.

Mai said the total budget expenditure of the province is VND11 trillion, but only 50 percent comes from Ben Tre. He hopes that in the next five years total receipts will cover 70-80 percent of expenditures.

Of the VND11 trillion, VND2-3 trillion is spent on investment and development, while regular expenses account for VND7-8 trillion.

“We are striving to cover 70-80 percent of regular expenses by 2025 and to balance the budget by 2030,” Mai said, adding that this is an ambitious goal but attainable.

In order to reach the goal, there is only one way to follow – "think differently and do differently", he said.

The resolution of the provincial 11th Party Committee Congress 2020-2025 tenure shows Ben Tre’s development orientation towards the east. It says Ben Tre needs to mobilize and use resources effectively for rapid and sustainable development. It aims to become a well-developed province of Mekong Delta by 2025 and of the whole country by 2030.

Developing towards the east means towards the sea, exploiting the great potential. Ben Tre is also considering an encroachment on the sea.

“We plan to develop the province towards to the east, i.e. the sea, to expand the geographical space. If we succeed, this will pave the way for Ben Tre to develop. Secondly, we will speed up digital transformation."

Ben Tre has great space in the east with land and water, and as a portal for inter-provincial and international connections that provide a strategic position.

The eastern part has become busy with wind power projects, and 4,000 hectares of hi-tech farming area, with a large industrial zone development plan and deep-water seaport, from which it is easy to connect with HCM City by land, just 60 kilometers away, and to Ba Ria – Vung Tau by sea, just 30 kilometers.

But it will take time and resources to open up new space. The eastward strategy cannot be fulfilled overnight. In addition to resources from the state budget, Ben Tre plans to mobilize resources from the public to develop infrastructure. This is the first thing that needs to be done to implement the strategy, because infrastructure plays a decisive role in shortening the physical and economic distance between Ben Tre and major economic centers of the country.

Ben Tre is creating coastal roads in a rush and building more bridges across Tien River to shorten the travel distance between the province and HCM City to 60 kilometers.

“In my view, this should be done under the mode of public-private partnerships (PPP), which means that the state budget, which is limited, should only provide seed capital.

The digital transformation would cover every field and citizen, while businesses and people will be the major beneficiaries. The province is striving for the 4th-level for nearly 100 percent of public services, planning to use digital apps to prevent saline intrusion and hatch shrimp, and encourage youth to start businesses in digital technology.

‘Revolutionary spirit’ is the biggest asset

Ben Tre is known as the homeland of coconuts and of the Dong Khoi Revolution (General Uprising January 17, 1960). And now, the province is entering a new uprising, an economic revolution.

During the talk with VietNamNet, Mai mentioned the heroic history of Ben Tre many times.

“Why does Ben Tre, a heroic land with dynamic people, remain poor after years of liberalization? What should we do – continue to complain about difficulties to get subsidies from the state budget, or become self-reliant and rise up?” Mai said.

Tran Ngoc Tam, chair of Ben Tre province People’s Committee, said Ben Tre has a low starting point, so it cannot obtain the high growth of other provinces in the region.

“That is a concern for the provincial leaders and for myself. We need to make a breakthrough to develop the local economy,” Tam said.

But the province is facing challenges. Saline intrusion and climate change will sink Ben Tre if it cannot ‘rise, rise, and rise’, Tam said.

‘Khat vong Ben Tre 2045’ co-authored by Vo Thanh Hao, Phan Van Mai and Tran Ngoc Hai, who were all leaders of Ben Tre province, introduced Ben Tre as follows: “Despite the advantageous geographical position and potential to develop gardening and ocean economy, Ben Tre remains a poor province, ranked 46th in gross regional domestic product (GRDP), 58th in GRDP per capita and 54th in GRDP growth rate. These show where Ben Tre is and why it needs to change."

The Covid-19 pandemic has accelerated digital transformation, forcing businesses to adapt quickly even though they are not ready for it.