Private airlines including Vietjet Air and Bamboo Airways struggling to survive are looking forward for a new support package to maintain their operations.

After taking measures to restructure, Vietjet incurred a consolidated loss of nearly VND1 trillion. If counting the loss of the aviation division only, the figure would be trillions of dong. The loss caused by Covid-19 for Bamboo Airways, the youngest airline, is about VND1 trillion. 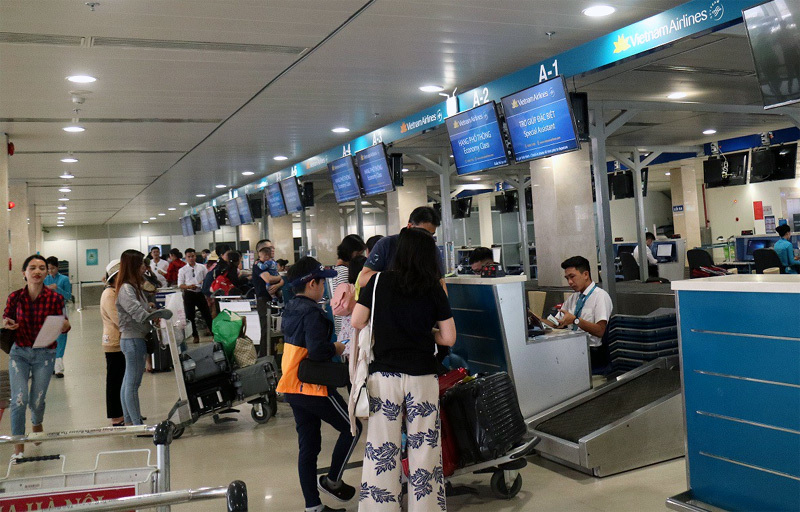 Bui Doan Ne, Deputy Chair and Secretary General of the Vietnam Aviation Business Association (VABA), said a calculation of the association in June estimated the loss of $4 billion this year for the aviation industry.

International flights, which bring 50 percent of Vietnam Airlines and Vietjet, remain closed. Meanwhile, domestic flight demand is decreasing in the low season and the epidemic prevention cost is high.

The cash flow exhaustion has forced airlines to lower airfares, which has also affected their sources of revenue.

Though airlines have tried every possible way to save themselves, they still need a support package from the state to improve cash flow, and other policies on preferences in taxes and fees.

Vietnam Airlines, the national flag air carrier, in which the state holds 86 percent of capital, got the National Assembly’s nod on a bailout worth VND12 trillion.

Of this, the amount of money pumped by the state to the airline is VND10.8 trillion, including the VND4 trillion loan with preferential interest rates in accordance with the State Bank of Vietnam’s refinancing policy.

Preferential loans are what other airlines also wish for. However, to date, Vietnam Airlines remains the only air carrier getting the loan. Questions have been raised about the support package.

Ngo Tri Long, a respected economist, commented that the preferential loan will bring advantages over other airlines, which are also struggling with difficulties and losses.

He went on to say that if other airlines also receive preferential loans like Vietnam Airlines, this will ensure a fair environment for businesses.

“Aviation is the driving force of the economy and the Prime Minister is taking action to ensure a level playing field for all economic sectors. So I believe that after Vietnam Airlines, it will be the turn of private airlines to receive support,” he said.

What do airlines want?

Ne said even if the government launches a VND25 trillion package, the amount of money will be just 25 percent of the total loss the aviation industry incurs, and is approximate to the average support given by the governments in the world.

Not only asking for support in 2020, airlines also want preferential taxes, fees and loan interest rates for 2021, because Covid-19 still continues and no one cay say for sure about the moment when the pandemic ends.

The Ministry of Planning and Investment (MPI), when suggesting the second support package, said that it is necessary to extend the regulation on the 50 percent reduction in aircraft takeoff and landing prices and flight control service fees for domestic flights.

It has also proposed reducing the environmental protection fee for air fuel by 70 percent, to be applied from January 1, 2021 to the end of December 31, 2021.

A VND11 trillion bailout for the government-guaranteed loans for three airlines has also been suggested by MPI in order to help improve the cash flow and liquidity of aviation enterprises, and avoid the worst scenario: airlines have to declare bankruptcy, which will damage the whole structure and completion of the aviation industry.

If this happens, thousands of workers will lose jobs, while it will require big resources and costs to recover the status of the pre-pandemic time.

“The amount of VND11 trillion will still be too small if compared with what airlines need. However, the loan will, to some extent, help airlines ease difficulties,” Ne said.

The Ministry of Transport has also asked the Government to extend the implementation of measures to support airlines.

In the circular on the price frame applied to some types of services at airports, the ministry agreed on the application of the minimum price level of zero dong for eight types of aviation services and three non-aviation services put under the state’s control.

What does the 'rescue' of Vietnam Airlines reveal?

The national airline of Vietnam finally saw "the light at the end of the tunnel" when the National Assembly agreed with the Government's proposal for solutions to help Vietnam Airlines overcome difficulties caused by the Covid-19 pandemic.

Vietnam Airlines Group, listed as HVN on the HCM Stock Exchange, earned nearly VND24 trillion (US$1.04 billion) in total consolidated revenue in the first nine months of this year, marking an estimated loss of VND10.75 trillion,