The Women's Club has made its official debut in Hanoi with the aim of preserving and protecting the values of Vietnamese culture.

During the club’s launching ceremony, chairwoman Dr. Dang Thi Bich Lien underscored the importance of preserving and exploiting cultural heritage in a sustainable manner. She said the launch of the club will greatly contribute to protecting and promoting Vietnamese cultural values.

The debut of the club comes in response to the ASEAN Leader’s Special Session on Women’s Empowerment in the Digital Age which was held as part of the 36th ASEAN Summit, said Dr. Lien.

She noted that the club will now prepare activities to promote heritage tourism. Other actions will see the group look to protect heritage collection, along with the preservation and promotion of the nation’s culinary heritage and traditional arts at both domestic and international forums.

At the event, guests had the chance to enjoy viewing over 100 lotus paintings, each produced in a unique style by Vietnamese artist Ly Ly.

Founded on March 5 with the aim of promoting local cultural heritages, the Women's Club, a non-profit organisation under the Vietnam Cultural Heritage Association, had attracted more than 100 members after more than a month in operation.

Many of the group’s members are managers of various forms of heritage, businesses that have utilise heritage resources, lecturers, and all women who share the same goal of preserving and educating cultural heritage values for the next generation. VOV 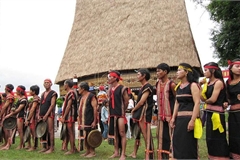 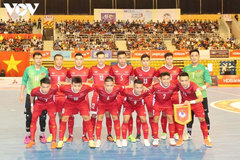